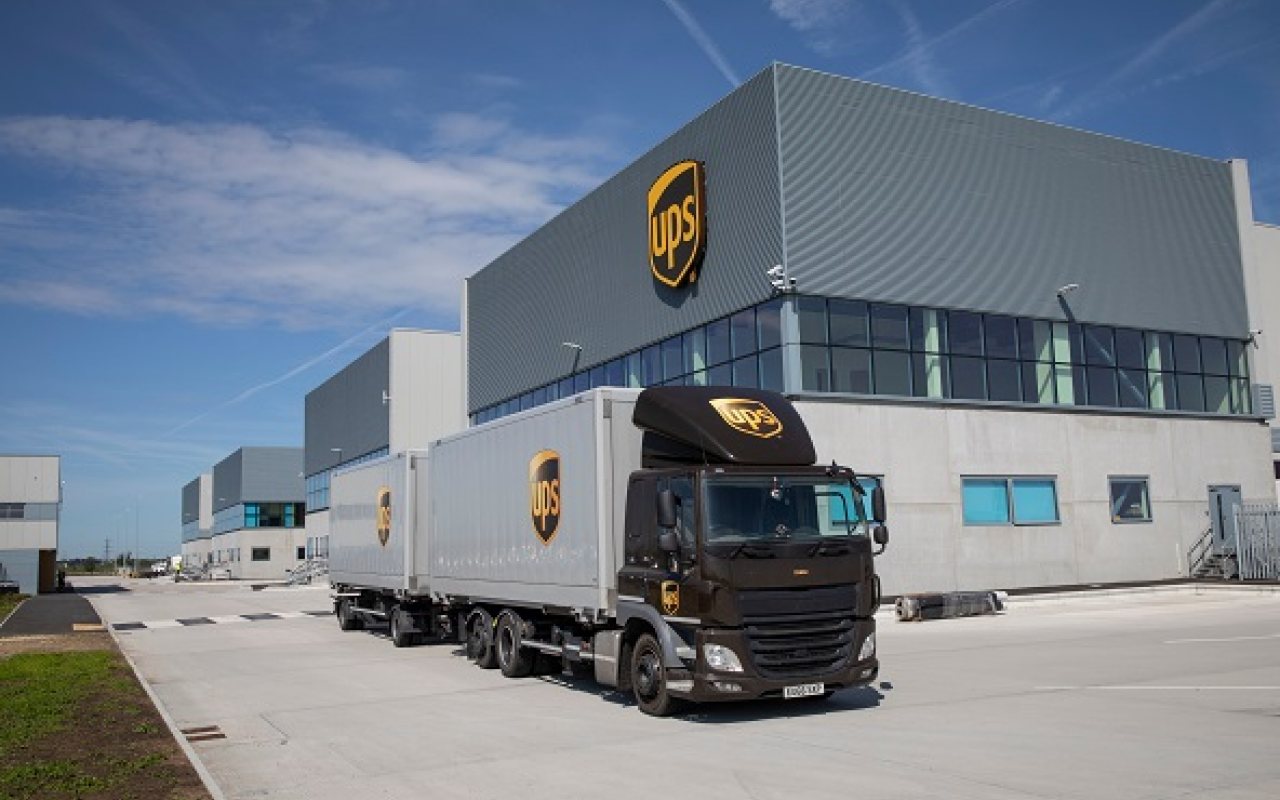 UPS has opened its new 32,000 square metre package sorting and delivery facility in the South East of England at the DP World London Gateway Logistics Park.

At US$ 162.4 million (£120 million), the new London Hub is one of UPS’s largest single infrastructure investments outside of the United States in the company’s history.

More than 500 employees will operate out of the new operations hub that spans the space of approximately five football pitches.

With over four miles of conveyor belts, the facility features advanced package scanning and sortation equipment that increase the flexibility to efficiently route packages to their final destinations.

It will act as a UK package processing hub and distribution centre for the local area as well as a gateway to UPS’s global logistics network, with the capacity to process up to 28,000 packages per hour and room for further expansion.

The London Hub is part of a $2 billion infrastructure and network investment programme by UPS across Europe to add capacity and provide even faster services across the region.

Recent investments as part of this programme include the announcement of a $155 million (€130 million) facility in Eindhoven, the Netherlands, the opening of an $80 million facility in Bielefeld, Germany, and the construction of a $100 million hub in Evry, France.

“This strategic investment in capacity and cutting-edge technologies in the UK is helping advance UPS’s smart global logistics network of the future.”

Read a Port Technology technical paper by Containerchain on logistics 4.0. to learn about the key themes for the industry over the next five years

Mark Vale, President for UPS UK, Ireland and Nordics, commented: “This state-of-the-art facility enables us to further improve our services to companies of all sizes that are looking to grow their cross-border business.

“With strong growth in our export volume in the UK, which increased nearly 20% in 2017 and more than 15% in the first quarter of 2018, we are optimistic about the future.

“This key investment is tangible proof of UPS’s commitment to helping customers doing business in and with the UK.”

Attending the official opening ceremony, the UK’s Transport Secretary, Chris Grayling MP said: “The significant investment announced today by UPS is a strong vote of confidence in our country’s economic strength and our aspirations for the future.

“As the gateways for as much as 95% of our international trade, our ports – including the world-leading operations at London Gateway – are vital to our country’s long-term prosperity.

“That is why we are committed to enhancing their productivity and maximizing their potential, as set out in our port connectivity study.

“This new London Hub, bringing employment and investment in the South East, will further enhance our position as an outward-facing and dynamic trading nation.”

“This development confirms that the market-centric location of DP World London Gateway, right on the doorstep of London and the South East and on the same site as the country’s fastest growing deep-sea port, can only add value to supply chains – through reductions in cost, time and carbon footprint.”