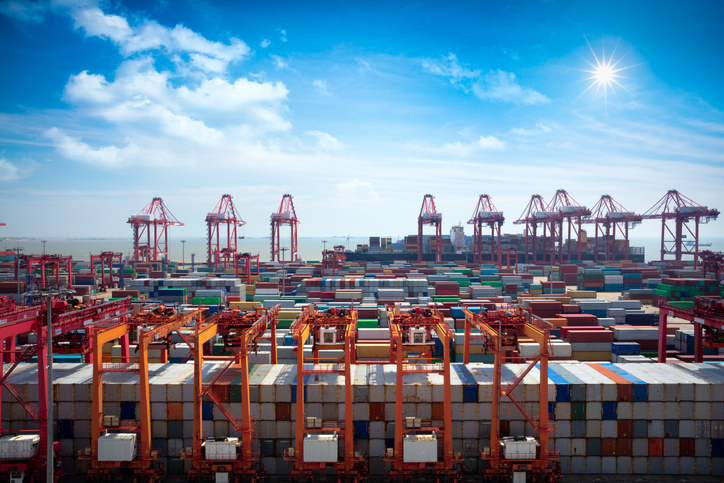 Throughout the supply chain there is a need to increase and make more efficient the container and cargo handling process. Equipment also needs to be more environmentally friendly to meet ports’ climate targets.

To this end we have seen a flurry of order and deliveries of equipment as well as new, more eco-efficient, equipment being launched.

Both Kalmar and Konecranes have launched new eco/environmentally-efficient equipment for both the container and general cargo markets.

Kalmar’s five models of next-generation of Rubber-Tyred Gantry Cranes (RTG) include highly efficient powertrains, according to the company.

Customers also have the freedom to chose the level of automation included in the RTGs with the ability to customize size depending on the activity requirement.

The company said that hundreds of improvements have been implemented based on feedback from the company’s customers.

In a statement, the company said it was the first comprehensive revamp of the Konecranes Gottwald mobile harbour cranes portfolio in 15 years.

Importantly, the company has enabled power options where operators can choose to draw power from an onshore grid or a new battery solution which also reduces emissions.

For quays without a power supply, a common occurrence in developing markets, the cranes come with fuel-saving diesel generators and Konecranes’ latest hybrid drives, the company said.

It is clear that equipment manufacturers are on board with the environmental commitments being made by ports and their communities.

ZPMC is continuing to fulfill deliveries as ports seek to increase terminal capacity and prepare for the ongoing growth in market demand.

At full completion, Terminal 5 will boast 185-acres of additional capacity and on-dock rail to handle discretionary cargo and shorepower, which are essential to the sustainable growth of the NWSA gateway.

On the topic of environmental commitments, Fred Felleman, Port of Seattle Commission President and NWSA Co-Chair, said, “Air, noise and climate impacts will be reduced by enabling ships to use shore power rather than running their generators while at berth – benefitting our killer whales and communities alike.”

Ilia Dolgiy, Аcting Managing Director of VSC, said, “The reconstruction of storage yards, creation of universal infrastructure and handling equipment upgrade will increase the capacity and productivity of the terminal, bringing benefits to our customers and allowing us to handle an increased cargo traffic in the Far East of Russia.”

President of the Port of Barcelona, Mercè Conesa Pagès, said, “The new machinery represents a great step forward in environmental sustainability, one of our strategic axes, since the cranes have an innovative system that allows the reuse of energy generated during operations.”

BEST now has a total of 13 quay cranes capable of operating the world’s largest container ships of more than 23,000 TEU capacity, and can operate up to three vessels of this size simultaneously.