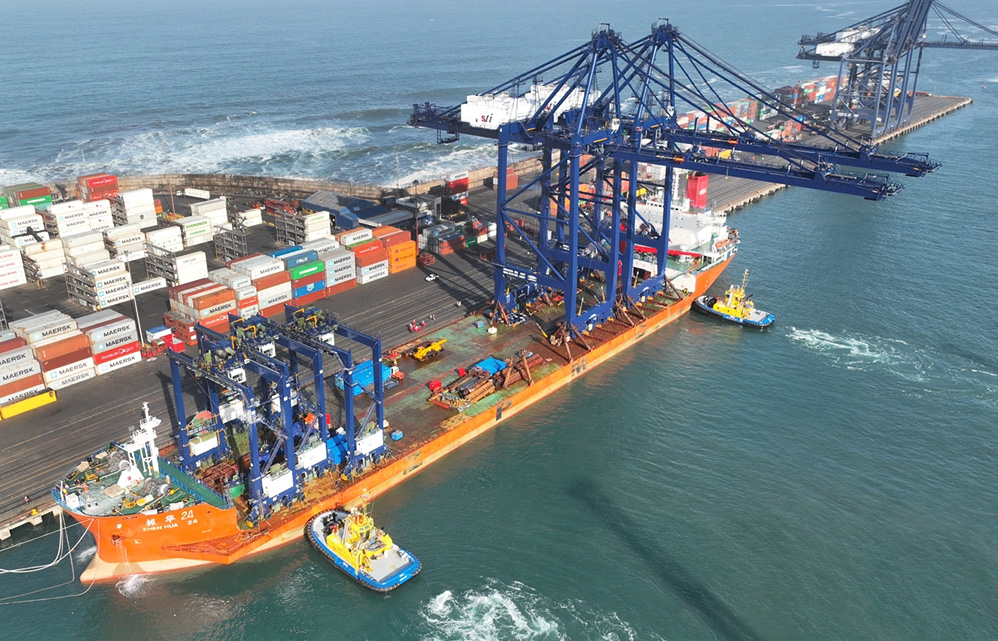 STI announced the order in November 2022.

This equipment represents an investment of $23.5 million and will increase throughput capacity to 1.6 million TEU.

STI will be the only terminal in Chile capable of handling two Super Post Panamax vessels simultaneously.

“We have designed a detailed plan to receive and implement this new equipment, which will allow us to continue improving our efficiency in serving foreign trade,” said STI CEO, Rodrigo Galleguillos.

A team of professionals from China travelled to Chile to support the commissioning of the cranes, which will be done over the next few days.

The old cranes that have been in operation since 1997 will be dismantled as part of this modernisation project.

According to STI, the process is being carried out safely, protecting people and the environment, with coordination underway with the Port of San Antonio and the Navy.

STI’s investments in this project, to the tune of $66 million, aim to extend the terminal’s concession to 2030, and enable it to modernise its assets.

The modernisation project is part of an effort to continue improving efficiency in serving foreign trade and ensure that STI remains at the forefront of Chile’s ports.

In December 2022, Nokia announced it will deploy the first industrial-grade LTE private network in STI.