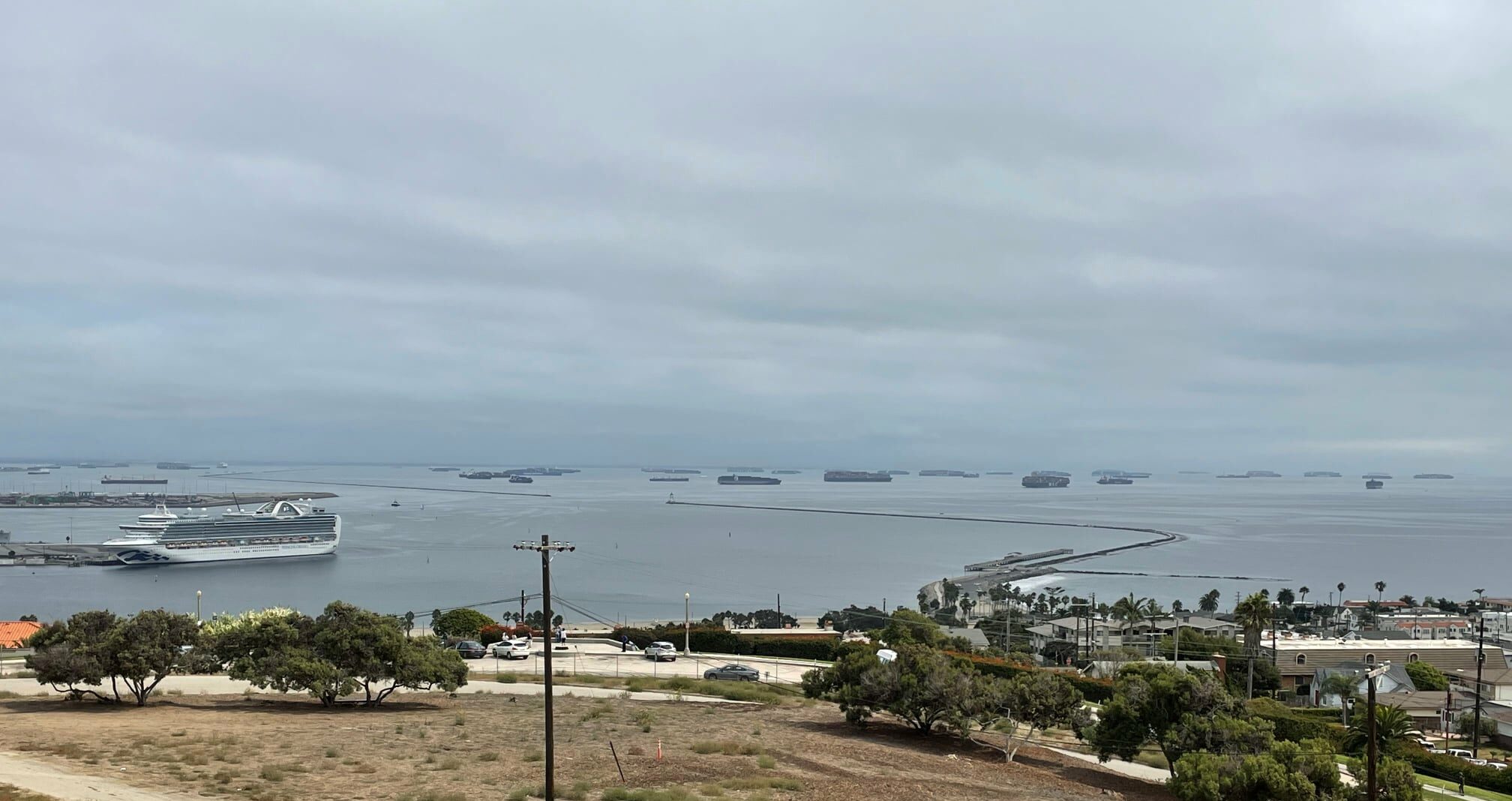 As of noon local time on 27 September, the ports of San Pedro Bay – Los Angeles and Long Beach – are managing 148 total vessels inport (the sum of vessels at a berth, at anchor, and drifting).

The vessel levels have fallen since Saturday 25 September, which recorded 161 total vessels inport, breaking the previous record of 157 set on Friday 24 September.

The data is based on the Marine Exchange of Southern California, monitoring vessel movements outside the two West Coast gateway ports.

A total 34 vessels are scheduled to arrive between 27 September and 29 September – 14 of which are container ships, which is three fewer than ‘normal’, based on 2018/9 pre-COVID levels, Captain Louttit of the Marine Exchange wrote.

“All ships continue to ride peacefully at anchor due to benign summer Southern California weather, and your marine transportation system remains safe, secure, reliable, environmentally sound, and as efficient as can be in these uncertain and unsettled COVID-19 times with record-setting numbers of ships,” Louttit wrote.

Vessel congestion is one of the hottest talking points in the industry currently.

To alleviate increasing vessel traffic, the ports of Long Beach and Los Angeles announced on 17 September that they will expand hours of container pick up availability for the chassis sector.