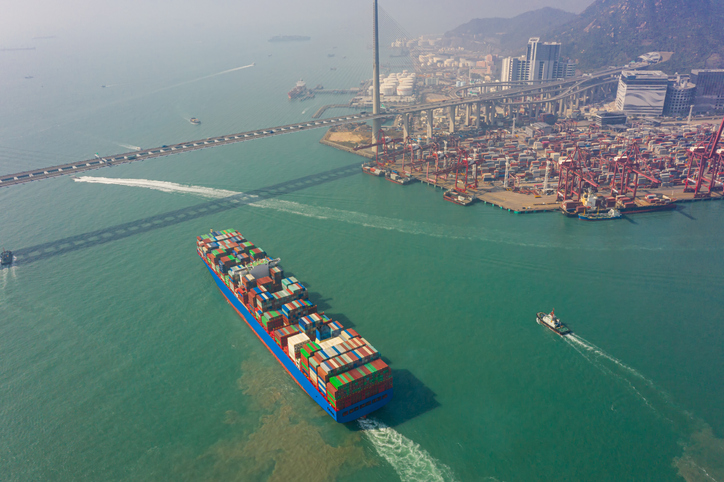 The port industry cannot afford to continue with business as usual policies if it is going to recover from the effects of the COVID-19 pandemic and meet the demands of the future.

That was message from the first panel session at the Smart Piers of the Future event in Barcelona, which focused on major current market trends and they are affecting efforts to digitise port operations.

Patrick Verhoeven, from the International Association of Ports and Harbours (IAPH), described the pandemic as the third major disaster of the 21st century and that without a substantial shift in outlook, the industry will miss its environmental goals.

Verhoeven claimed the investment needed globally to fully decarbonise could reach $1 trillion and 50% of this needs to be made in the wider supply chain.

That means more investment is needed in digitalisation, the importance of which has been emphasised by the pandemic and its aftermath.

As lockdown measures have started to ease, markets have reopened, and this has meant a return to pre-pandemic container volumes.

Consequently, delays in hinterland traffic have begun to increase, as has pressures on warehouse capacity, which raises the possibility of congestion.

To avoid this, ports need to invest more heavily in digit technologies, but according to Verhoeven, digitisation is still poor in many ports, with some not even being able to offer the most basic services, such as paperless records.

While one-third have implemented a degree of electronic data, some of those that have not could take up to a year to do so. The pandemic, Verhoeven said, has demonstrated once again how vulnerable paper-based operations are.

The biggest challenge to change and innovation, according to Verhoeven, is not financial or technological but rather the number of stakeholders involved in the supply chain.

However, Jordi Torrent, Strategy Director, Port of Barcelona, said the pandemic had shown that the trend towards digitalisation in ports was “unstoppable”.

Additionally, the pandemic has also shown that global supply chains are very reliable and that ports remain essential for national and regional prosperity, a factor exacerbated by increasing in ecommerce.

Spanish companies have seen online sales more than double in the past nine months, and as markets continue to reopen, pressure is likely to build on ports such as Barcelona.

Torrent also said the pandemic had demonstrated that Asia is better prepared for global disruptions than the rest of the world.

This point is amplified by the market in the medium-term stagnating in Spain and Europe due to increased consumption of digital services at the expense of physical goods, while trade relations with Southeast Asia and China are expected to improve.

One of the long-term effects of the pandemic could be an accelerated shift smaller, more regional supply chains, which can be more reliable in times of global disruption and uncertainty, according to Eleanor Hadland, Senior Analyst – Ports and Terminals, Drewry.

This had already begun during the trade war but is likely to continue, driven in part by the continued rise of ecommerce and final consumer expectations.

Hadland said the pandemic has had a major effect on the industry and pushed it into “negative territory”. However, she reiterated the observation that China’s exports had begun to recover, as had imports at the major US ports.

In the long-term, it is more likely that production will take place near the market, so that Asian countries and businesses will trade far more with other parts of Asia, as opposed to exporting so heavily to Europe and the US. This will be true of all regions, Hadland predicted and ports will have to react to a continually changing market with more agility.