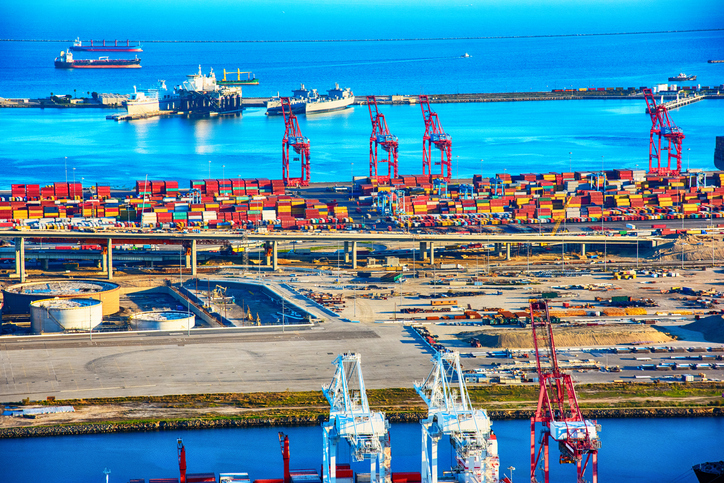 Utilising smart technology is vital if ports are going to meet demand efficiency and cut emissions, as is collaborating across the supply chain, according to the CEO of the Port of Los Angeles, Gene Seroka.

Speaking to Port Technology International ahead of the Smart Piers of the Future event in Barcelona, Seroka said ports, especially in the US, need to “accelerate the adoption of smart technologies” to meet current and future challenges.

“It’s important to recognize we are not alone in our quest to provide the tools that can enhance the supply chain,” Seroka said.

“We need to harness big data, AI, and the Industrial Internet of Things to create higher-performing systems. Those systems cannot be developed in silos that start and end at the boundary between port and city.

“We need to look at the supply chain from origin to destination to determine how we can move cargo through our region through the most effective and least impactful means.

“Working with other global ports that are likeminded will get us collectively quicker to what we want to achieve.”

Furthermore, pursuing digitalisation can help ports become more environmentally friendly, as it helps them make better use of resources.

“That greater efficiency helps us achieve our environmental goals in the face of growing demand.”

The Port of Los Angeles has in the past been an innovator in using new technologies to make its operations cleaner.

It was the first to use Alternative Maritime Power (AMP) or Cold Ironing to cut the amount of harmful gasses in the air. More broadly, it has sought to power its terminal equipment with electricity and set itself the goal of emitting no carbon by 2030.

In doing so it has had to work very closely with the city of Los Angeles and relevant authorities to manage the power grid.

Continually cutting emissions while meeting demand requires transparency and foresight, which have become harder to obtain during tumultuous year.

A major obstacle is congestion, which would be a significant burden to the Port’s operations and is a realistic possibility should traffic from China rapidly return.

However, the Seroka said that such problems are not insurmountable and similar ones in the past have been overcome by using smart technologies and have also allowed it to reach substantial milestones in improving efficiency.

“During the US West Coast cargo congestion experience in the winter of 2014-15, we recognised that significant efficiencies could be achieved if the data that exists in disparate siloes across the supply chain could be organized and used to provide greater visibility.

“This led to the development of the Port Optimizer, a first-of-its-kind port community system here in the US.

“The Port Optimizer helps enable the right equipment to move the right box to the right place at the right time. This minimizes wasteful moves and maximizes productive use of equipment, which results in lower emissions per container.”

The Port’s traffic has been affected by the US-China trade war and COVID-19 pandemic as trade from China plummeted.

This has been felt at other West Coast ports, such as Long Beach and Oakland, but traffic did improve in the most recent quarter, to the point where three-quarters of the Port’s volume in 2020 was processed in the past three month.

According to Seroka this makes forecasting volume more difficult, but that Los Angeles is at an advantage due to previous investment in its digital strategy, such as Port Optimizer, allows it up to weeks’ notice of incoming cargo.

How similar innovations are utilised across the multiple ports and the wider supply chain will determine the industry’s fortunes, but collaboration at all levels is imperative.

“International trade – and the port industry in particular – is often criticized for off-shoring of jobs, air emissions, and the ills of globalization,” Seroka explained.

“At events like [Smart Piers of the Future] it’s important to educate the public about the prosperity and quality of life enabled by international trade.

“Especially as the world continues to grapple with increasing nationalism and protectionism, we must redouble efforts to engage and highlight the great work being done to support our local and national economies, create jobs, and protect the environment.”