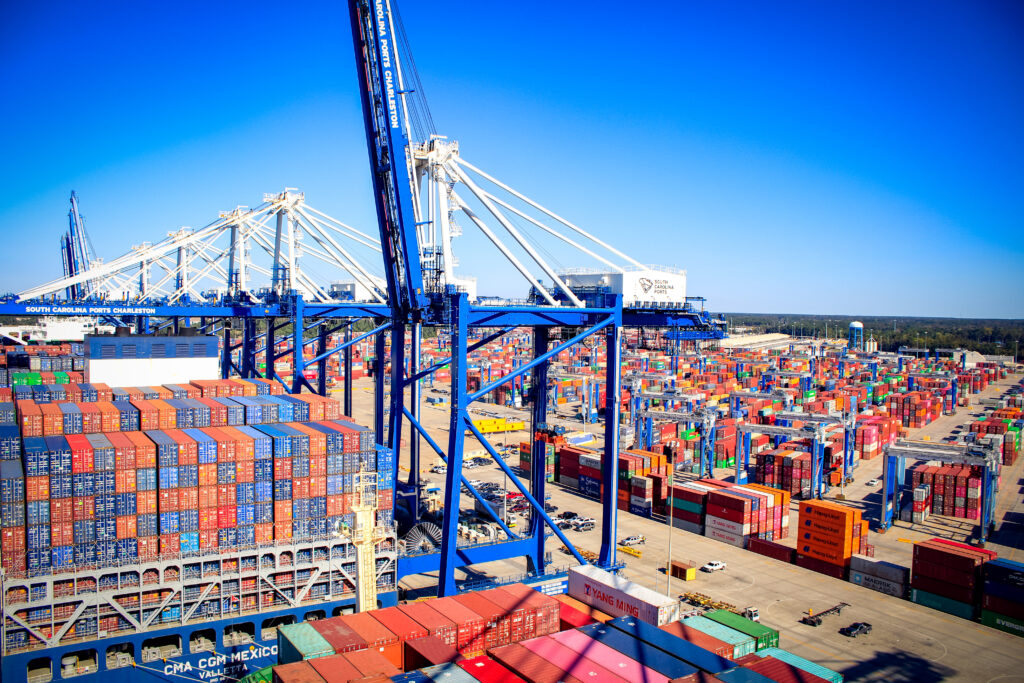 SC Ports moved 114,899 pier containers — which account for cargo boxes of any size — in November, up 10% from a year ago. SC Ports has handled 558,380 pier containers fiscal-year-to-date.

SC Ports President and CEO Jim Newsome said, “SC Ports had a truly remarkable month with a record November for containers handled, as well as impressive results in our vehicles and inland ports segments.

“We also recently celebrated Walmart breaking ground on its near-port, 3-million-square-foot import distribution center in Ridgeville, S.C., which will boost port volumes by 5% once it is operational.”

Vehicles remain a strong segment for SC Ports with 20,838 vehicles handled at Columbus Street Terminal in November, up 4.5% YoY. SC Ports has handled 114,519 vehicles in fiscal year 2021, up more than 15% from the same time a year ago.

“SC Ports is well-positioned to handle increasing cargo volumes brought on by both the ongoing recovery and the booming Southeast market,” Newsome said. “Our strategic infrastructure investments are coming online at the right time. We look forward to opening the Hugh K. Leatherman Terminal in March.”

The $1 billion Phase One of the Leatherman Terminal complements efforts to modernize Wando Welch Terminal and deepen Charleston Harbor to 52 feet. These investments will enable SC Ports to handle four 14,000-TEU vessels simultaneously in 2021, as well as a 19,000-TEU vessel.