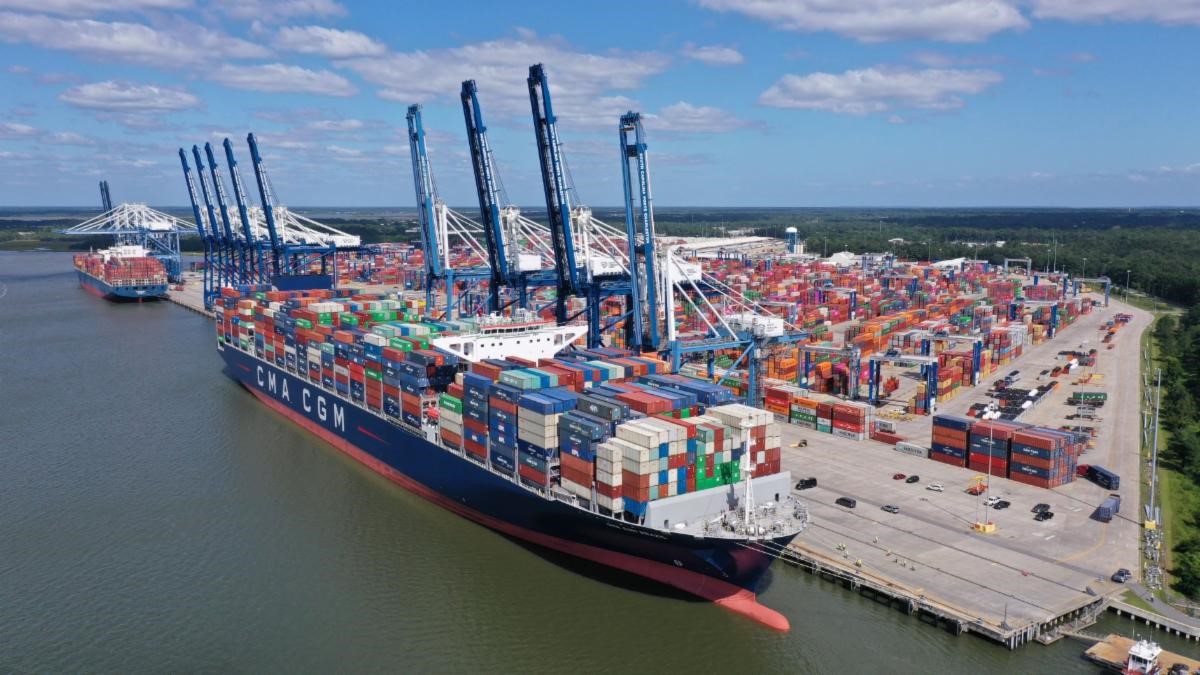 SC Ports handled 216,196 TEU at Wando Welch and North Charleston container terminals in October, down less than 1% year-on-year (YoY). Additionally, it said it has handled 797,108 TEUs so far in fiscal year 2021, which began July 1.

“Our business continues to rebound with better-than-expected volumes in the container and vehicle segments, as well as with a record October at our inland ports,” SC Ports President and CEO Jim Newsome said.

Vehicles remain a strong segment for SC Ports as 20,637 vehicles rolled across the docks of Columbus Street Terminal in October, down less than 2% YoY. Vehicle volumes are up more than 18% this fiscal year, with 93,681 vehicles handled since July.

“Retail companies are seeing explosive growth during the pandemic, and this boom presents a great opportunity for SC Ports,” Newsome said.

“We are pros at handling high-demand supply chain needs for the automotive and advanced manufacturing industry, which will translate seamlessly into supporting retail distribution.”

In addition to growing the cargo base, SC Ports is also investing in port infrastructure to handle more cargo and bigger ships. Upgrades to Wando Welch Terminal are ongoing, the Charleston Harbor Deepening Project is progressing toward 52 feet, and the Hugh K. Leatherman Terminal is on track to open in March.

The Leatherman Terminal recently received its first cargo-handling equipment with the arrival of five ship-to-shore cranes with 169 feet of lift height above the wharf deck, as well as four hybrid, rubber-tired gantry cranes.

“It is always one of our most exciting times to see major equipment infrastructure arrive in Charleston,” Newsome said. “These tall cranes will be a significant addition to the Charleston skyline and will serve as a reminder for all in the area of the importance of what we do.”