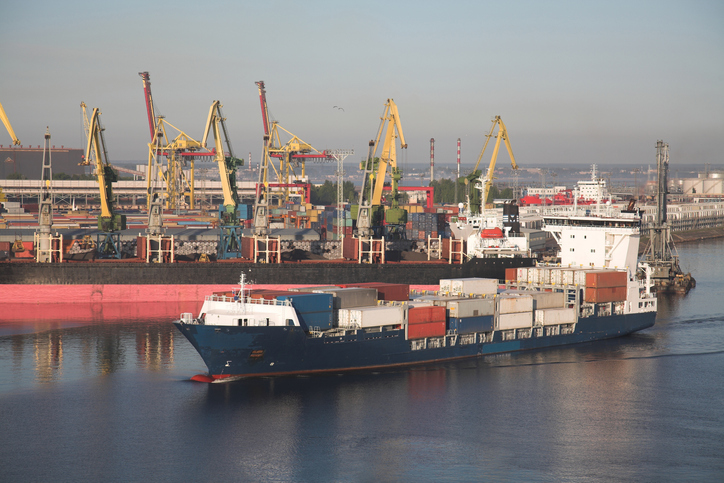 In fiscal year 2021, imports increased 11.1% compared to the same period the previous year, with exports also going up 4.2%.

As a result of a sharp rise in freight rates in the global container shipping market and a deficit of empty containers during Q4 2021, many market players preferred faster container import and export supply chains.

This led to market growth being concentrated in the Far Eastern basin and the Southern basin, while the combined throughput of terminals located in Saint-Petersburg and the surrounding areas declined heavily in both Q4 and fiscal year 2021.

Global Ports grew its market share in all of its basins of presence in fiscal year 2021. with throughput at its Vostonchnaya Stevedoring Company (VSC) terminal seeing the largest improvement, increasing 14.8% year-on-year.

In Q4 2021, VSC underwent a strategic transition back to a 100% container-dedicated facility using advanced terminal operating software. While this system was being implemented, the terminal saw a temporary decline in volumes. This transition ended in November 2021 and both the VSC and Global Ports’ customers have since seen an increase in the transparency and manageability of clearance processes and the efficiency of cargo handling.

Container throughput at the facility slowed down to 2.3% in Q4 2021 while the throughput of the group’s terminals in the Baltic Basin in the same period performed better than the relevant market.

“2021 was a very strong year for infrastructure and logistics, and growth across all segments enabled the Russian container market to set a new record in volumes. In this year, Global Ports not only successfully protected and enhanced our leadership positions in both of the group’s basins of presence but also successfully set a solid foundation to maintain this strong standpoint going forward,” said Albert Likholet, CEO of Global Ports Management.