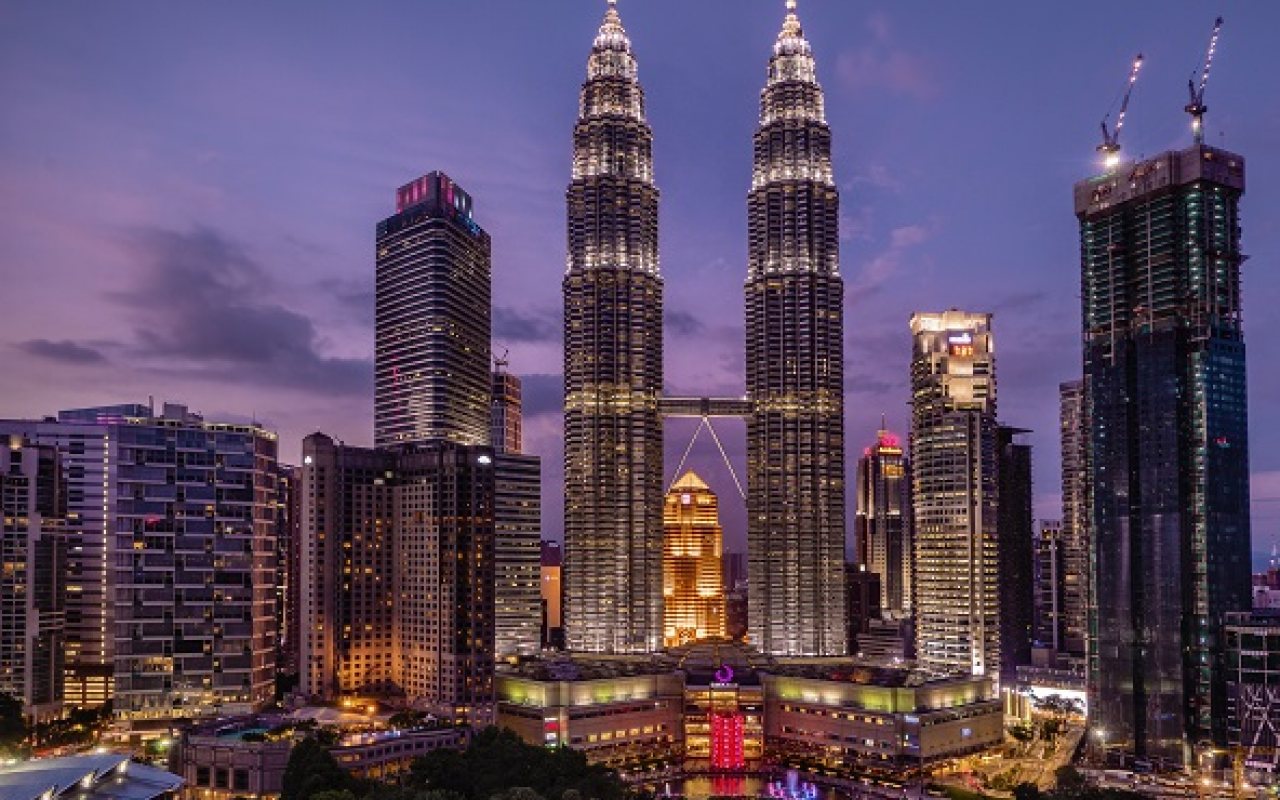 In August 2018 the Port of Tanjung Pelepas, Malaysia, made history when the Mumbai Maersk left its dock.

The second-generation Triple-E vessel, which joined the Maersk fleet in May 2018, set off for Rotterdam carrying 19,038 TEU, the largest amount ever carried by a containership.

It broke the record set by another Maersk vessel, the Madison Maersk, which carried 18,215 TEU in 2015 and became the first to ever carry more than 19,000 TEU.

Furthermore, it was a sign of the progress made by the Port of Tanjung Pelepas since the turn of the century.

As Malaysia’s most advanced container terminal, it is strategically located at the confluence of the main East-West shipping lane.

In the first of a new series exploring some of the world’s biggest and ambitious ports and terminals, Marco Neelsen, the CEO of the Port of Tanjung Pelepas, has spoken exclusively to PTI on its growth and vision for the future.

PTI: We have seen TEU volume through the Port Of Tanjung Pelepas grow substantially in the past 20 years, what do you put this down to?

MN: Through the years, from the inception and commissioning of PTP, there has been a gradual increase in the amount of container traffic. We started off with a volume of 0.4 million TEUs in the year 2000 and have shown a linear growth pattern over the years.

In the beginning, despite the non-existence of surrounding industries to support the port, decision to develop the PTP was taken because of its strategic location such as the close proximity to the international trade lanes, excellent geographical factors such as natural deep drafts to allow the port to accommodate the largest generation of container vessels.

Apart from that, by having no tide restrictions and a wide access channel for two-way traffic to and from the port, it takes vessels only 45 minutes to divert into the port.

Today, PTP is connected to more than 300 ports globally and it is a stopover for major shipping alliances. In terms of ranking, we have also maintained a top 20 standing in the world port rankings from year 2003 up until now.

PTI Insight: Is the Arctic Route the Future of Shipping?

The port is equipped with modern and state-of-the-art terminal facilities that enable quick ship turnarounds. This comprises of 58 super post Panamax cranes which include the 8 tallest in the region ship to shore cranes acquired by PTP early this year, 180 rubber-tyred gantry cranes, 348 prime movers, sufficient container handling and storage areas, as well as state of the art IT system to run the entire terminal.

In addition, the ample land space and direct connection to the port terminal also provide efficient and cost-effective container movement between the Free Zone and the port, creating convenience for the container trade.

Despite the robust global economic conditions, PTP continues to witness a steady volume growth by delivering high efficiency in productivity and competitiveness. This exemplifies with our recent achievement when PTP became the first port in the world to depart a vessel with a final fully laden load of over 19,000 TEUs.

The milestone was accomplished on 18 August 2018 when Mumbai Maersk, one of Maersk’s 2nd Generation Triple-E vessels left the port with the record load of 19,038 TEUs on its way to Europe.

How prepared are the world's biggest ports to face the technological challenges of the future? Find out with a Port Technology technical paper

PTI: How does Malaysia’s maritime sector compare to its neighbours, such as Singapore, Thailand and Vietnam?

MN: As port sector continues to be the catalyst for Malaysia’s economic and development growth, Malaysia will remain to position itself as prime investment and ideal business hub for regional and global companies that are keen to tap into Asia’s emerging market. As such, Malaysia’s maritime sector remains attractive and competitive in this region.

PTP, for example, is located very close to the shipping lanes where it takes vessels only 45 minutes to divert into the port, and this makes it a very attractive port of transshipment.

Apart from the strategic location of the ports, ample land, good infrastructure and the availability of skilled/semi-skilled workforce are among the strengths that Malaysia has to convince multinational corporations to set up their Regional Distribution Centres (RDC) and International Procurement Centre (IPC) here.

Beyond location, Malaysian ports continuously focus on the developments of the terminals and upgrading of quay cranes to cater for the latest generation vessels and extent of terminal facilities, efficiency of container handling operations, availability of frequent feeder services with an appropriate geographical coverage, and attractive cargo handling charges, competitive cost and ease of doing business i.e. trade and logistics facilitation as well as strong and sustainable FDIs hence the creation of strong import and export cargo base.

PTI: How is the Port’s expansion developing? How much volume is the Port hoping to handle in the next 5 years?

MN: Since 2016, PTP has been embarking on ongoing equipment acquisition, preventive maintenance initiatives as well infrastructure upgrading programme worth over USD 400 million to increase its handling capacity from the previous capacity of 10.5 million TEU to the current 12.5 million TEU annually.

The programme includes the purchase of new quay cranes with spreaders, rubber-tired gantries and prime movers, berth upgrading and finalizing dredging of the channel to accommodate the new generation of a mega vessel that will berth at PTP.

PTP is expected to handle 9.0 mil TEUs in the year 2018 reflecting a potential growth of approximately 7% compared to the previous year.  PTP’s projected volume in the next 5 years is to handle up to 11.5 million TEUs. Future demand for expansion will be based on the market request.

As for the free zones and its services, we are looking to expand beyond Phase 1 and Phase 2. To do so, several development options are currently being modeled for phases 3 and 4 which measure 688 acres in area as Free Zone expansion to the current phase 1 and 2. As an immediate expansion, approximately 170 acres of phase 3 land will be developed in stages for leasing to potential tenants in 2020.

PTI Insight: Ports in the Cloud – The Next Step in Automation?

PTI: From which regions is the Port of Tanjung Pelepas seeing strong growth at the moment? Where do you imagine you’ll see strong growth in the next 5 years?

MN: With the 2 major Alliance 2M & OA calling PTP, we see consistency growth in the East-West, as well as strong growth in the Intra Asia trade lanes.

For the next 5 years, PTP foresee continues growth for the East-West and Intra Asia trade lanes with the increase in the set-up of regional distribution hubs in PTP’s Free Zone and the developments of the new industrial areas in Iskandar Economic Corridor.

PTI: A number of growing economies, such as Dubai, have adopted or are looking to adopt blockchain as a means of improving efficiency in their ports, is the Port of Tanjung Pelepas planning something similar?

MN: PTP sees blockchain as new technology and proactively observing the trend. We have started certain dialogue sessions with concerned parties to get a better understanding of the opportunities.

Marco Neelsen is CEO of the Port of Tanjung Pelepas (PTP), Malaysia's most advanced container terminal. In addition to road, sea and intermodal linkages, PTP is also connected to the national rail grid passing through the peninsular of Malaysia from Singapore to Southern Thailand.