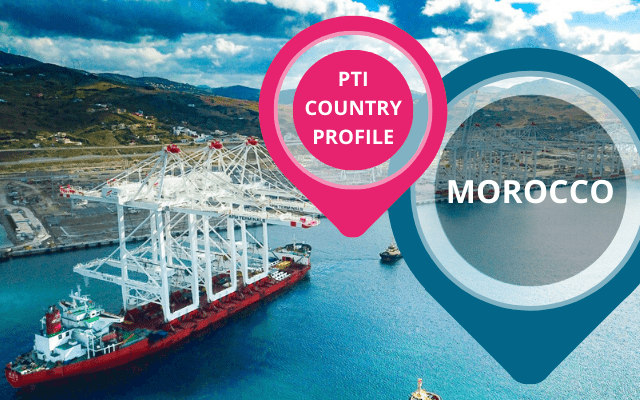 Morocco’s maritime industry is transforming and this could turn the North African nation into a critical part of the global supply chain and help it overcome its economic challenges.

The country has the sixth largest economy in Africa and is the most competitive economy in North Africa, according to the World Economic Forum.

While that might sound like stability, Morocco’s gross domestic product (GDP) has been erratic, slow and dependent on a few narrow industries such as agriculture and services, which accounts for more than 50% of its economy.

However, if pre-COVID-19 forecasts are to be trusted, the country’s economy could improve due to increased foreign direct investment (FDI) and more importantly, its ports and logistics sectors.

The Port of Tanger Med

Morocco’s maritime industry is booming. It has 15 ports of various size, three of which – Tanger Med, Casablanca and Agadir – are specialist container ports.

In Tanger Med, Morocco has the biggest and most technologically advanced port in the Mediterranean and the biggest in Africa. It has a capacity of five million TEU following its second phase expansion in 2019.

Tanger Med, in addition to being a key transshipment hub for the world’s biggest carriers, in particular Maersk, is the centre of Africa’s first industrial trade zone.

Operated by APM Terminals, it has situated on the primary East/West shipping route and provides a vital transshipment opportunity between Europe, Africa and the Far East.

The port’s investment in automated technology is a testament to its ambition – it has 12 super Post-Panamax cranes, 42 rubber mounted gantry (RMG) cranes and an automated gate system.

If Morocco reaches its maritime goals, Tanger Med will near double its capacity to nine million TEU upon full completion.

The heart of Morocco’s port plan is its 2030 strategy, a plan to turn the country into a premier maritime nation and meet the growing demands for container trade in the Mediterranean and Africa.

In short, the country wants to become a dominant nation in the Africa/Europe/Middle East shipping and logistics and is willing spend as much as $7 billion to make it happen.

At the strategy’s launch in 2012, King Mohammed VI said the plan was a response to “requests  for ports expressed by national and international economic partners”.

He put forward the strategy’s objectives, which were to “conquer a market share of international seaborne trade between the Mediterranean, Europe, the Middle East and Asia” and create “efficient ports, drivers of regional development and key players in positioning Morocco as a logistics platform”.

Morocco’s investments have reached every part of its maritime industry, including ship building, dredging and integrating ports with day-to-day city operations.

It is clear why Morocco has to expand its maritime sector is clear – 95% of its foreign trade is done by sea and just 1% by air.

Additionally, 97% of its international road transport trade, that being the movement of goods on road, passes through the Port of Tanged Med at some point.

The country must look to its ports for its future and if it succeeds, it could become a maritime super power.