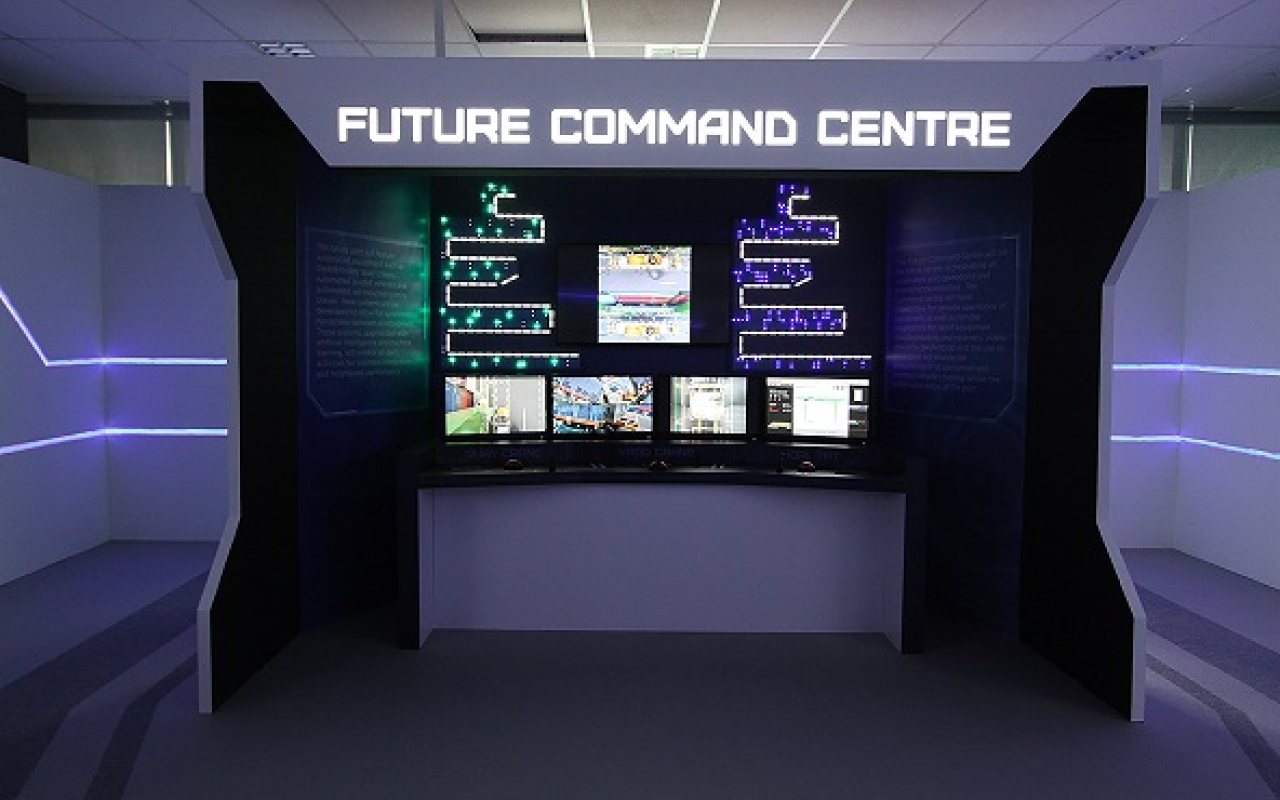 PSA has announced that it is unveiling technologies never before seen at container terminals in Singapore, including amphibious drones, automated quay cranes, exoskeletons for port staff, and robotic arms for related container activities.

The Singapore-based port operator will display the systems at its ‘Intelligent Port of the Future’ Exhibition, held at Pasir Panjang Terminal Building 3 from 10-14 January 2018, and has released details about its innovations.

One of its new technologies is a robotic arm for twist lock handling.

This system will mean that automatic platforms or robotic arms could make lashing specialists, who fix and remove twist locks during the container loading and discharging processes, redundant.

However, PSA is looking to upskill workers performing such tasks so that mechanisation would become a factor in their operations, allowing them to assume other higher value-add responsibilities.

There is potential for a single trained operator to support multiple robotic arms in case of exception or error handling.

PSA has also said that it will reveal its work on new types of unmanned drones — able to fly autonomously through software controlled flight plans and capable of fulfilling ship-shore or shore-ship deliveries.

By working with on-ground IoT sensor networks, PSA has envisioned a future where drone surveillance can also help with terminal security, providing an easier, faster and cheaper method of data collection.

In PSA’s future port vision, humans will also be integrating with machines.

Taking place from 10th to 14th January, the exhibition will showcase technologies for the future Singapore container port

The future use cases for AI in ports will be discussed at Port Technology's Container Terminal Automation Conference – book your place now!

It said in its announcement that port specialists using exoskeletons would be able to perform “strenuous and physically-demanding motions without fatigue” to allow for increased productivity and reduced physical strain.

PSA also plans to use data analytics in the future port in areas to simulate container port operations.

Its vision involves placing sensors on each crane to provide vast data streams which are analysed, and along with machine learning algorithms, can better predict failure times for each crane.

Simulation will also play a key part in PSA’s port of the future, with computer software utilised to imitate the behaviours and interaction of real-world actors – equipment, people and systems – in a virtual environment.

PSA plans to use container terminal emulation models to predict, evaluate, and refine in high fidelity the behaviours of its future fully-automated terminals.

Another way PSA plans to combine humans and technology is through augmented reality (AR).

It wants to use smart glasses to provide port equipment specialists with live visual aids and off-site assistance, meaning that AR technology could facilitate the visualization of an equipment’s components and the tracing of its defects.

Mr Ong Kim Pong, Regional CEO Southeast Asia, PSA International, said, “The Intelligent Port of the Future exhibition presents an opportunity to showcase PSA’s commitment to advanced technologies and innovation for port operations at both our current terminals and the future Tuas Port.

“We also look forward to the opportunities to upskill our people to handle the new systems coming on stream. These are key in ensuring that we continue to serve our customers well into the future as industry consolidation grows.”

Read more: Kalmar has released its renewed 2060 vision of how cargo handling will take place at terminals