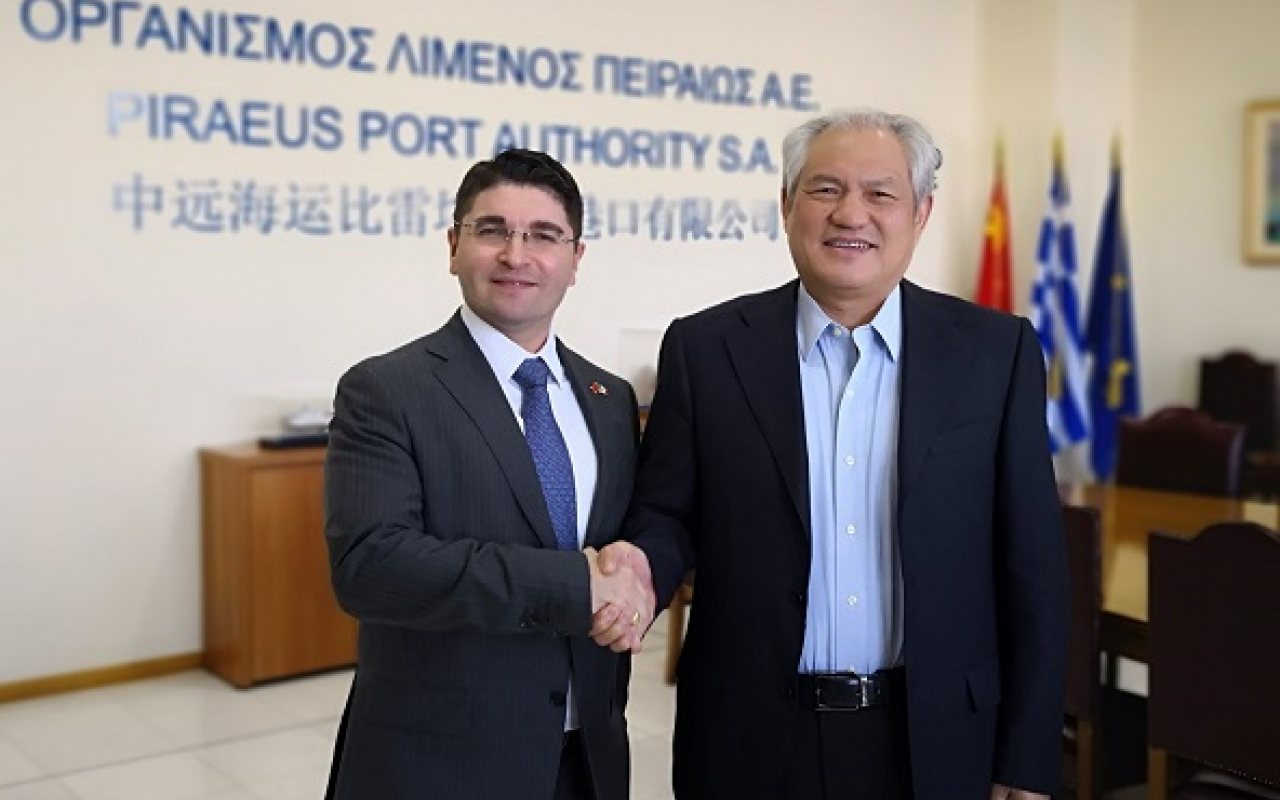 The Port Authority of Piraeus (PPA) has announced the signing of a Memorandum of Understanding (MoU) with the North Adriatic Sea Port Authority, which is aimed to strengthen cargo flows.

The agreement was made during a recent meeting at the PPA’s headquarters, with Captain Fu Chengqiu, CEO of the PPA, and Pino Musolino, President of the North Adriatic Sea Port Authority, signing the MoU.

As part of the collaboration, the Port of Piraeus and the Ports of Venice and Chioggia have committed themselves to establishing “a stable and mutual cooperation”.

By working together, each port expects to develop their own services, support infrastructural connectivity policies and foster flows of commercial trade between Europe, the Mediterranean and the Far East.

In addition to this, the memorandum also aims at improving the exchange of best practices and know-how in port management, information technology and communication.

Both port authorities, which serve as fundamental networks for the fast-growing Maritime Silk Road are also pursuing this cooperation to improve their own performance.

@PinoMusolino, President of the North Adriatic Sea Port Authority: “We aim to develop the multi-purpose potential of the #PortofVenice, enhancing #infrastructure and the efficiency of #intermodal transport of freight and passengers”. https://t.co/ew4pRqREF9 pic.twitter.com/YDLp7rGHut

Chengqiu said: “Τhe Port of Piraeus, the largest port of Greece and Eastern Mediterranean, is an ideal hub between Asia and Central & Eastern Europe.

“The establishment of our cooperation with the North Adriatic Sea Port Authority is targeting to strengthen the trade links between Asia and Mediterranean and to enhance the role of ports as engines for the European economy.”

“The Piraeus port with its ongoing investment plan aims within the next years to contribute to the growth of the local and regional economy by developing almost every aspect of the shipping and maritime industries including containers, shipyards, logistics, cruise and ferries.”

“Since taking office, I have been clearly focused on the need to put the #North #Adriatic #Sea Port Authority @PortOfVenice back at the centre of the international debate over trade and infrastructure.” Thanks @RINA1861 for giving me the chance to pointing it out once again! https://t.co/0j3v8F06uo

Musolino added: “Through this agreement, which is coupled with the other recently signed with COSCO SHIPPING for a weekly connection Piraeus-Venice, we want to clearly show that the development of trades primarily requires commercial agreements, optimization of services and targeted infrastructure interventions.

“This is the right path to create value for our economy and for our territory.”