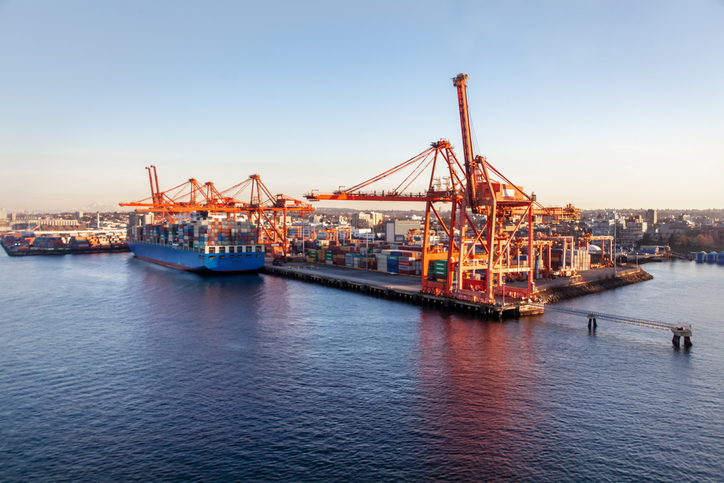 The Vancouver Fraser Port Authority has reported record numbers of overall cargo volumes moving through the Port of Vancouver during the period the first half of 2021.

In a statement from the Port of Vancouver, Canadian grain product have been the main driver of this recent success. Volumes of bulk grain went up 20% to 16.5 metric tonnes (MMT).

“Record grain volumes through the Port of Vancouver once again over the first half of the year demonstrate the continued growth in the global demand for Canadian agricultural products,” said Robin Silvester, President and Chief Executive Officer at the Vancouver Fraser Port Authority.

“Over many years, we have worked with partners to support the growth of the agricultural sector, and over the last decade there has been a very significant amount of investment in the port and the surround gateway by grain terminals, governments, railways, port customers, and the port authority, with much of that investment directly benefiting the grain sector.”

To handle the increased demand, the port authority has advanced two container terminal projects for the port: the Centerm Expansion Project and the Robert Bank Terminal 2 Project.

Construction of the Centerm Expansion Project is now underway and will help in meeting short-term demands of importers and exporters.

The Robert Banks Terminal 2 Project is still pending approval but is expected to provide a 50% increase to the port’s container capacity.

“We are encouraged to see the record mid-year cargo volumes through the Port of Vancouver,” continued Silvester.

“These cargo volumes were made possible due to the dedicated work and commitment of the port terminal operators, marine carrier customers, railways and drayage companies, labour, governments, and the many service providers that support the Port of Vancouver’s importers and exporters.”

Cargo volumes are expected to continue to increase as the long-term outlook for Canadian trade is growing.

One other project the Port of Vancouver is currently working on is the implementation of a new system the Canadian government has unveiled to improve marine traffic flow and optimise supply chain flow at the port as well as in Southern British Columbia.