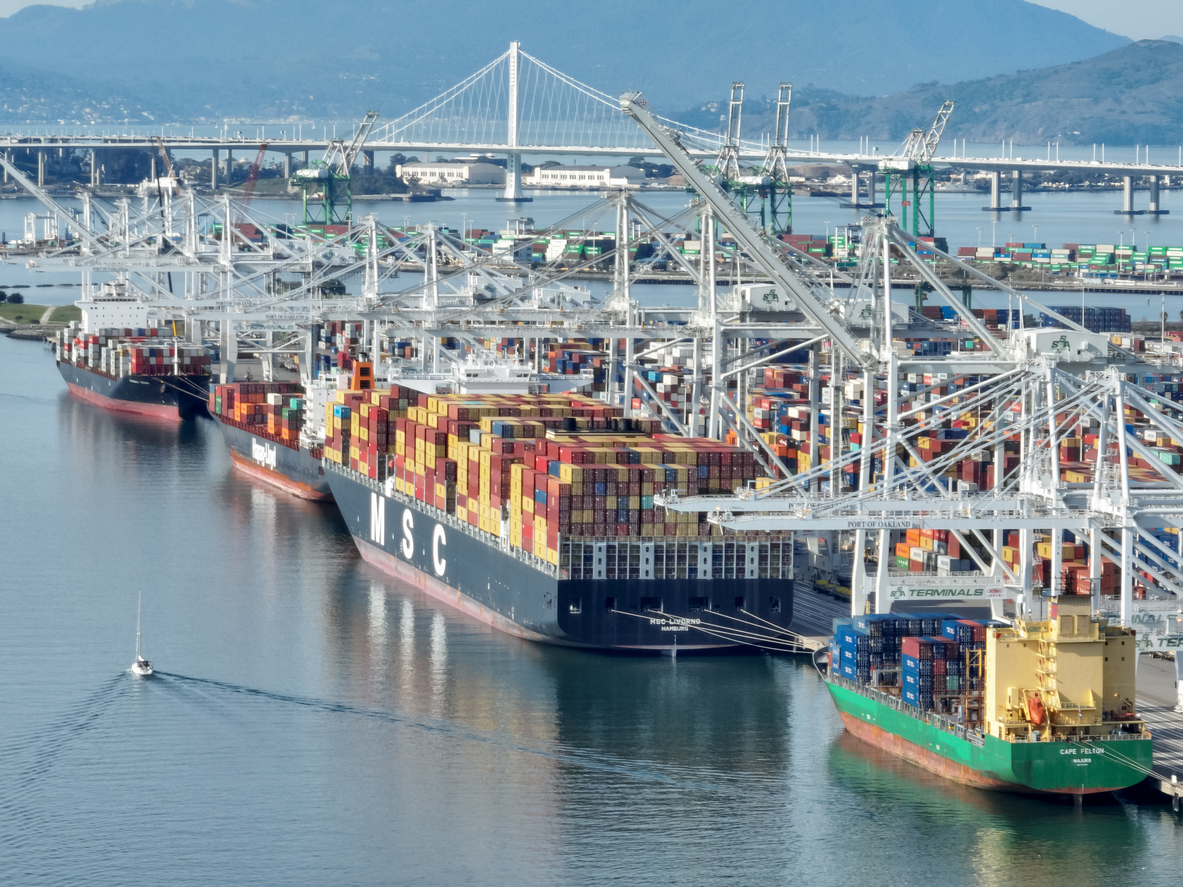 Port of Oakland cargo volume is down so far in 2022, with the port citing China’s COVID-19 crackdown and its ripple effect on ocean carrier scheduling as a principle reason behind the fall.

Volume through April dropped 7 per cent from the same period a year ago.

This is on top of March’s news that cargo volumes dropped by 11 per cent for the month compared to the year prior.

Oakland attributed much of the decline to factory and port shutdowns in China, the port’s largest trade partner.

The port added that disruption at Shanghai, the world’s busiest port, is delaying US-bound import shipments and that wreaks havoc on ocean carrier scheduling.

“US exports have been hampered by vessel schedules thrown into disarray in China,” said Port of Oakland Maritime Director Bryan Brandes.

“Most of Oakland’s business depends on the Asia-US trade route.”

The Port said Oakland cargo flow has been affected by additional factors, including: a drop in the number of ships stopping in Oakland; importers that are slow to retrieve shipments, thereby crowding container yards and slowing cargo discharge from ships; and a container shortage making it harder to load export shipments.

Oakland said relief may be on the way for harried supply chains. Shanghai cargo activity has recently picked up, the port said.

The port is talking to shipping lines about increasing the number of Oakland vessel calls.

According to the port, the pace of cargo operations should accelerate as vessel schedules normalise.

Oakland said it will continue to prepare for peak shipping season, which industry experts say will begin earlier this year. Retailers are likely factoring in more time for receiving their goods based on the shipping delays they have been experiencing during COVID, said the port.

During the peak of port congestion in 2021, as many as 30 ships were waiting to enter an Oakland berth. Today containerships number from one to a few waiting to stop at the Port of Oakland.