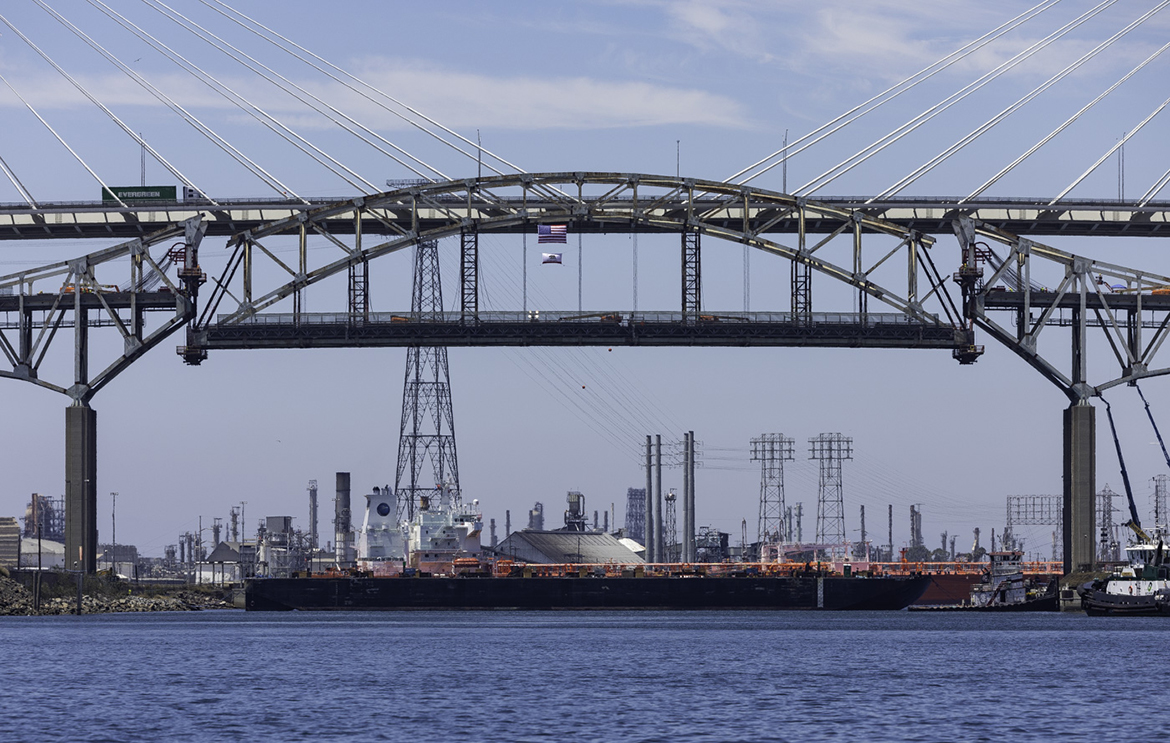 The bridge closed in early October 2020 when its replacement opened.

The 410-foot-long (approximately 125 metres) main span was disconnected from the rest of the bridge and slowly brought down in one piece on 9 July to be placed onto a massive barge in the water 155 feet (47.2 metres) below.

The entire operation required a 48-hour closure of the Port’s Back Channel, the waterway beneath the bridge.

Full demolition is expected to be concluded by the end of 2023.

“This moment has been 20 years in the making, from the time we started planning to replace the Gerald Desmond with a taller, wider and safer bridge that would allow the Port of Long Beach to remain competitive for years to come,” said Port of Long Beach Executive Director Mario Cordero.

“Like its predecessor, the new bridge is a critical link in the global supply chain and Southern California’s regional transportation network.”

“The new bridge serves as a symbol of our ongoing commitment to strengthening our infrastructure and maintaining our position as a leader in trans-Pacific trade,” said Steven Neal, President of the Long Beach Board of Harbor Commissioners.

“The Gerald Desmond Bridge served this Port well for over 50 years, and we look ahead to how its replacement will usher us into a new era of growth.”

Opened in 1968, the Gerald Desmond Bridge was named after a former Long Beach city attorney and city councilman who helped secure funding to build through-arch bridge that connected Long Beach and Terminal Island.

Construction for the new bridge started in 2013.

The replacement bridge, designed to last 100 years, is higher and wider with three traffic lanes in each direction. Its 205-foot (62.4 metres) clearance over the water will allow large cargo vessels to access the harbour more easily.