Port of Hamburg hails resiliency of rail transportation to China 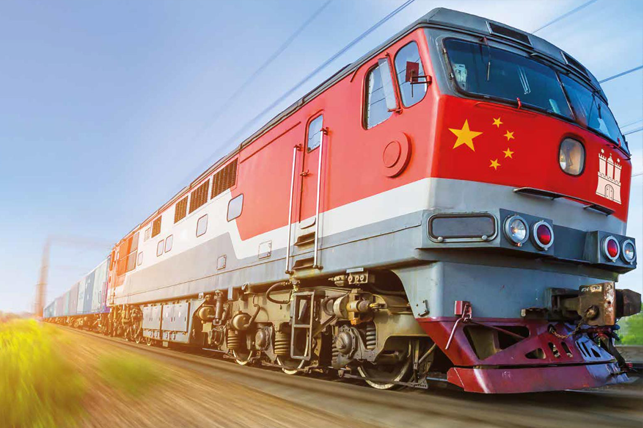 Rail transportation has proven to be to be comparatively resilient in times of crises the Port of Hamburg has claimed.

Compared with maritime traffic on the railways service providers and rail operators are reporting an increase in bookings during the coronavirus pandemic.

This, the Port said, is due in part to suspended liner shipping services and a growing demand for medical equipment.

The People’s Republic of China is the most important trading partner of the Port of Hamburg. In 2019 alone, around 2.6 million TEUs were handled in seaborne trade.

Almost one-third of all containers passing through Germany’s largest seaport have China as their destination or origin.

Freight trains depart from various terminals at least once a week, and from the industrial centers of Chongqing, Chengdu, Zhengzhou and Xi’an even four to five times a week. Their route, which is 10,000 to 12,000 kilometers long, runs either through Siberia and along northern Mongolia or via the southern route through Kazakhstan, Russia and Belarus.

The trains take an average of 14 to 16 days between Hamburg and most of the 20 destinations. Connections to and from China’s eastern coast – such as to/from the cities Jinan and Yantai in Shandong Province – take about 21 days. This route is also served by the new “Shandong-Europe Express”, which was launched earlier this year.

As Europe’s largest railway port, Hamburg also plays an important role in land-based trade with China, especially as part of the New Silk Road. With the Belt and Road Initiative (BRI), the People’s Republic is developing an extensive economic zone between Asia and Europe and is primarily expanding continental rail traffic. As a result, over 100,000 TEUs were transported by rail between the Port of Hamburg and various destinations in China in 2019.

Thanks to its lower carbon footprintand high speed, rail freight transport is becoming increasingly popular as an alternative to air and sea freight in international trade.