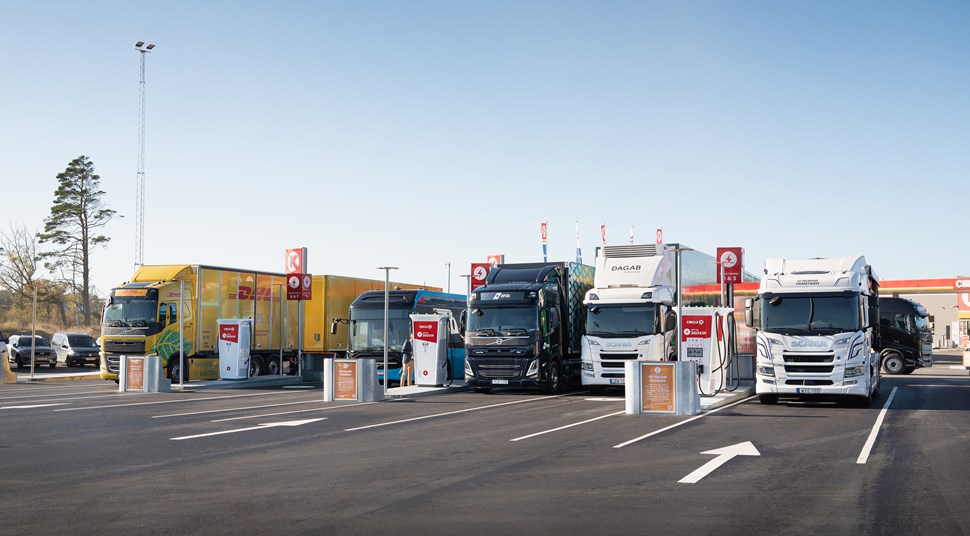 The Port of Gothenburg has debuted its Circle K charging and hydrogen filling station.

The station is the first of its kind in the Nordic region and has been built for heavy trucks with the intention of facilitating the green transition for heavy goods traffic in and around the Swedish port.

During the opening ceremony, four heavy electric trucks and an electric bus took the opportunity to charge their batteries simultaneously at the new station.

Initially there will be six public charging stations for electrically powered heavy trucks, with a capacity of up to 360 kW per charging bay.

Within one year there will be hydrogen available at the station, providing green benefits in emitting only heat and water.

Over one million heavy trucks collect or deliver goods at the Port of Gothenburg every year.

The port has conducted a study of the driving patterns of the heavy trucks together with Volvo Group, Scania and Stena Line in the collaboration initiative Tranzero.

“The station’s opening at exactly the right place, in terms of both timing and location,” said Elvir Dzanic, CEO at the Gothenburg Port Authority.

“Serial production of electric heavy goods vehicles is up and running, and vehicles have been ordered by actors with a lot of traffic at the port. By the end of the year, electric heavy trucks will be a common sight in the port, and it will just keep on growing from there.”

The station is a full-service station offering everything users need while their vehicle is charging, such as a wide range of food and drinks.

Also available is security parking within a fenced area, with CCTV surveillance and room for about 40 heavy trucks.

The station provides large turning radiuses and ensures that all charging bays can be accessed from multiple directions by different kinds of heavy trucks.