Port of Gdansk to reach major infrastructure development milestones in 2021 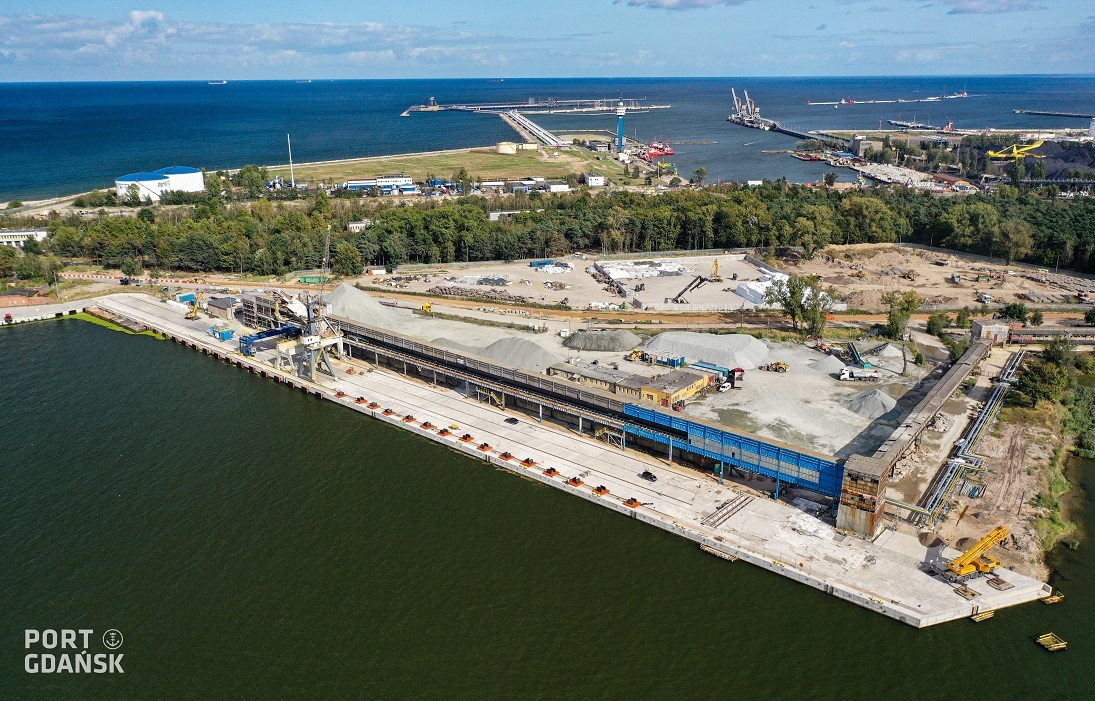 Key projects that are part of the Port of Gdansk’s €1.3 billion ($1.58 billion) infrastructure improvement plan are set to be completed in 2021.

In total the investments include almost 40 projects and are part of a plan for the port to establish its position as the “pre-eminent Baltic port” with access to a hinterland and foreland of 120 million people reaching across Poland, the Czech Republic, Slovakia, Hungary, Ukraine, Belarus and Scandinavia..

One of the many projects set for completion is the €163 million ($198 million) extension and modernisation of the road and rail network at the Outer Port. This will be finished in mid-2021.

“This investment will streamline transport into and out of the port,” said Łukasz Greinke, Port of Gdansk President.

“In total it will see 7.2 km of roads, 10 km of new rail tracks and seven engineering structures built or rebuilt. This will make it much more efficient for rail, car and truck traffic to reach the terminals with four prime tasks carried out: the expansion of the communication system, the expansion of access to Deepwater Container Terminal (DCT) Gdansk, the largest container terminal on the Baltic Sea, the reconstruction of roads around the North Port and the construction of a parking lot for trucks.”

Greinke said the Inner Port investment is valued at €125 million and is focused on the modernisation of the fairway as well as the expansion of quays and the improvement of navigation conditions in the Inner Port.

“As part of this investment, the fairway will be deepened and most of the quays will be modernised, which will improve the accessibility and safety of navigation to the inner part of the Port of Gdansk for larger ships,” he said. “After completion of the investment in the second half of 2021, the port channel will gain in width and depth allowing access to a wider range of vessels. The expansion of the quays will further enable the extension of mooring lines. The total length of the modernised quays is almost 5 km, and the fairway is 7 km.

“The performed works concern both the reloading quays, such as: Oliwskie Quay and the OPP Quay, as well as the reconstruction of the quays which do not fulfil the reloading functions, such as: Zbożowe Quay and Wisłoujście. These are the necessary investments to allow the deepening of the fairway. Dredging works and the partial reconstruction of the quays are carried out on a section of approximately 7 km, from the entrance heads to the inner port to the turning basin at Polski Hak, behind the Kashubian Canal.”

Greinke said the investments in the Inner and Outer Ports will also help facilitate the development of plans for a floating storage and regasification unit (FSRU) LNG terminal in the Bay of Gdansk to be built in partnership between the Port of Gdansk, Gas System, Poland’s state gas pipeline operator and the Maritime Office in Gdynia.

Finally, another said another important investment in the Inner Port of more than €43 million ($53 million), also due to be complete in the second half 2021, is the reconstruction of the Dworzec Drzewny Quay.

“After this investment, Dworzec Drzewny Quay will become a transshipment quay, enabling it to receive much larger ships bringing them right into the Inner Port,” he said. “Most of the dredging work on the fairway has already been completed. Currently, intensive work is underway on the reconstruction of the quays. A significant part of these tasks has already been performed or is in the decisive phase of implementation.”

The investments which focus on the ‘Inner Port’ and ‘Outer Port’ areas and are crucial to its ambition to compete with the deep seaports of Western Europe and grow cargo handling capacity to more than 60 million tonnes within five years.

This target remains on course after the port rebounded strongly to the COVID-19 crisis, managing around 48.5 million tonnes of cargo in 2020, despite the global slowdown.