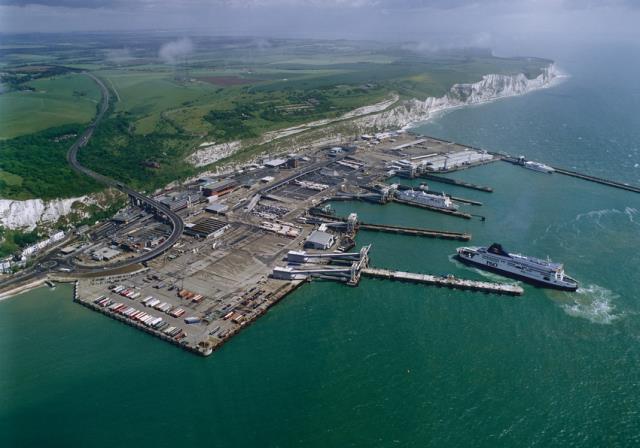 The Port of Dover has won its bid to fund the Green Corridor Short Straits (GCSS) consortium’s feasibility study to establish a zero-carbon trade route, the first of its kind in the UK.

The partnership also includes the ports of Calais and Dunkirk.

The Green Corridor Short Straits study focuses on the route between the Port of Dover and its French counterparts to support the transition to green crossings to and from the UK.

“The UK has always been a proud seafaring nation and helping the maritime sector to be more environmentally friendly will mean it continues to play a key role in the UK’s economy for generations to come,” said Transport Secretary Anne-Marie Trevelyan.

This project brings together the consortium from the Dover Clean Ferry Power Project, a successful project from the first Clean Maritime Demonstration Competition, which included the University of Kent, Warwick Manufacturing Group (University of Warwick), P&O Ferries and Schneider Electric, with additional partners for the second round; DFDS, Irish Ferries, Ikigai Capital, JG Maritime Solutions, SSE and ABB.

“We are embracing the critical role and responsibility that the Port of Dover has, and recognise complexity of the journey we are undertaking, together. With sailings every 36 minutes the port supports just-in-time supply chains across the nation, being the key entry and exit point for over 2m HGVs and equivalent tourist vehicles to the UK Strategic Road Network.

“We can adapt to a diverse traffic profile and the flexibility, capacity and resilience of the route are unmatched in the UK, making us, and our French sister ports, the prime option for the first Green Shipping Corridor.

Last week, PTI joined the Port of Dover for a networking lunch, where representatives discussed the port’s critical role within the UK supply chain, recent achievements, and ongoing projects – including its sustainability agenda.