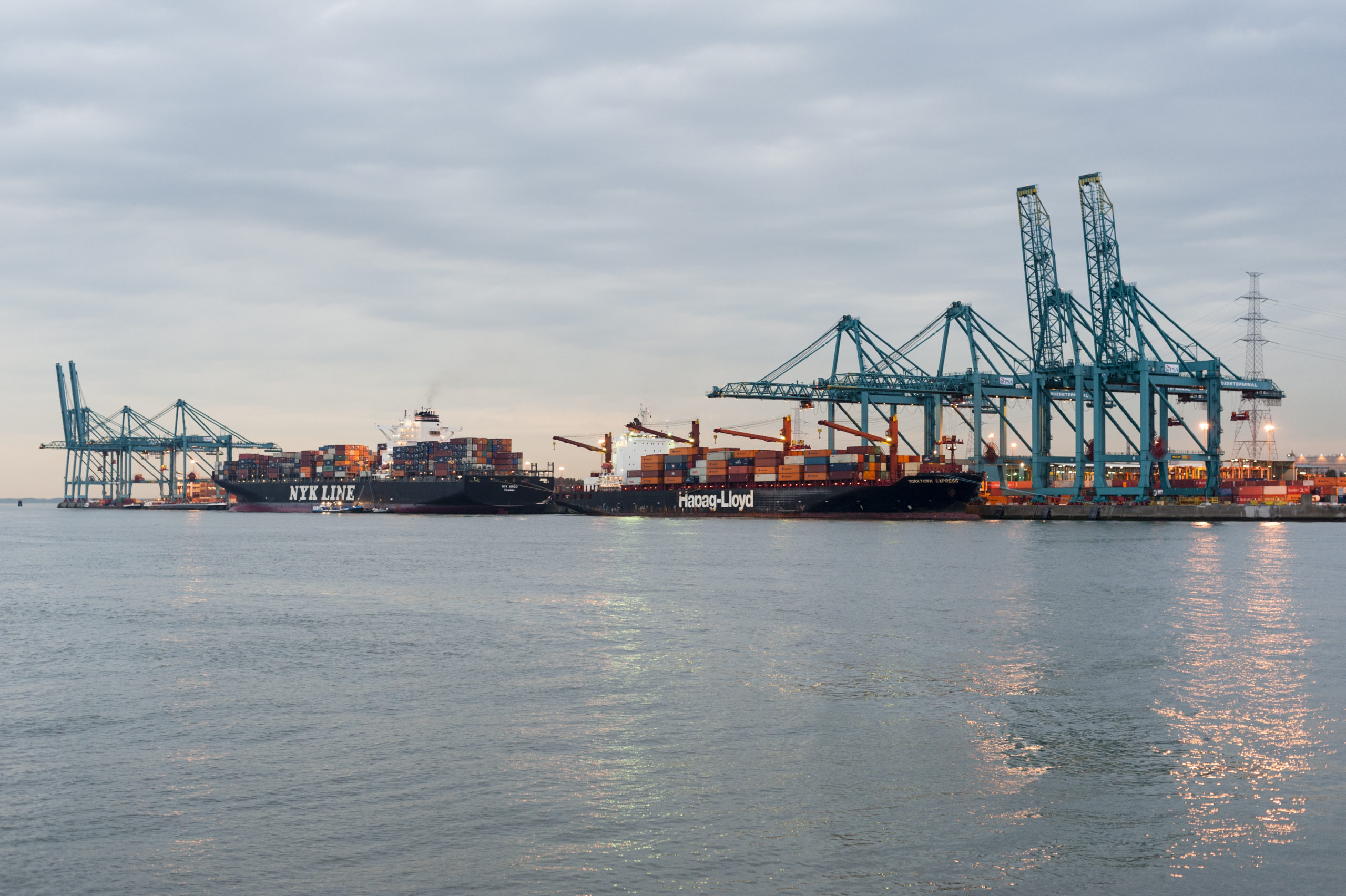 The Port of Antwerp’s Europa Terminal expansion will unlock the possibility of two megamax ships operating simultaneously at the terminal as the Port seeks to capitalise on its continued growth in TEU traffic.

The current quay wall at the Europa Terminal, with a length of nearly 1,200m, will be completely demolished, the Port recently told PTI.

The renovation of the layout of the adjacent front quay will include new flooring, the installation of large container cranes, and “no-regret” infrastructure to enable shoreside power, Lennart Verstappen, spokesperson for Port of Antwerp, explained.

“Containers are the most important segment at our port and a growth segment in the world, our yearly figures in 2020 prove this once again,” Verstappen said.

“And the trend towards more containers for transporting goods will only continue. This deepening is in line with our ambition to continue to grow as a port in a sustainable way and will contribute towards maintaining our position as a world port.”

The expansion will also accommodate container shipping with larger dimensions, the current maximum draught for vessels that can moor at the quay wall is 13.5m. The Europa Terminal was put into operation in 1990 as the first tidal container terminal at the Port of Antwerp.

“Extensive and technical maritime works will be necessary to achieve this deepening. To continue playing at the top level of world ports, the port must be able to offer extra container capacity to its customers,” Verstappen said.

“To this end, the port is permanently working on both expansion, such as with the Extra Container Capacity Antwerp (ECA) project, and the optimisation of the existing capacity. The renovation of Europa Terminal is an important step in the further development of a sustainable port.”

The expansion will accommodate shoreside power, the number of berths available still to be defined, Verstappen said.

The expansion will be delivered in three phases, taking up to nine years in total. The first three years will prepare the first 450 metres of quay.

The phased approach allows a large part of the terminal to remain in operations at all times, while another part of the capacity is diverted to PSA’s Noordzee Terminal.

Works are expected to begin at the end of 2021. New cranes will be delivered following the completion of each development phase.