Pink Ships to Sail the Seas? 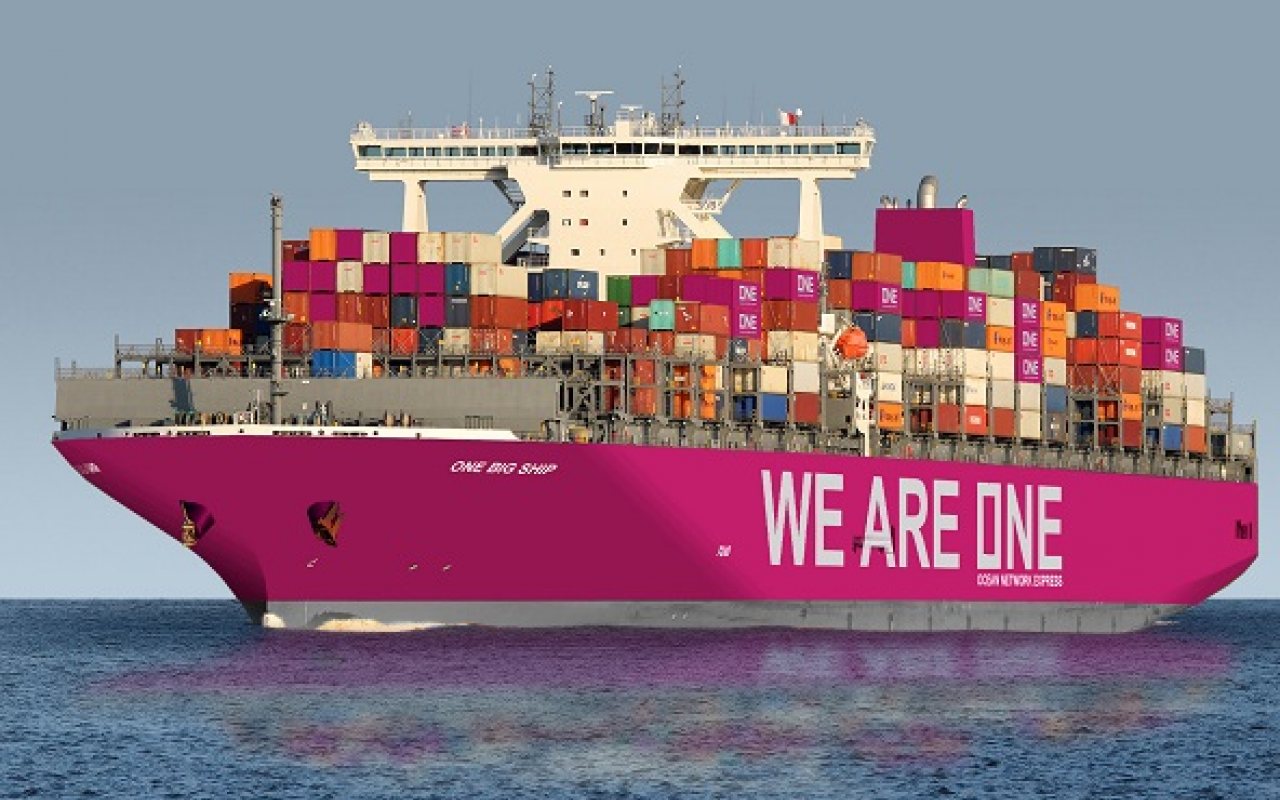 Alphaliner has rendered a picture to give the shipping industry an idea of how the new Ocean Network Express (ONE) ships may look when Nippon Yusen Kabushiki Kaisha (NYK), Mitsui O.S.K. Lines (MOL) and Kawasaki Kisen Kaisha (K Line) launch the new service in April 2018.

The global shipping analyst created the image after discovering that Japan Marine United’s Kure Shipyard had ordered purplish-pink magenta paint for NYK’s tenth 14,026 TEU vessel, scheduled for delivery after the start of ONE.

The Alphaliner Analyst who created the image, Jan Tiedemann, said: “I created this 'just for fun' to illustrate how the ships could look like once ONE has been formed.

“Most likely, the actual look will be different and maybe (quite likely) it will just say ONE on the ships' sides and not WE ARE ONE.

“I wanted to create an eye-catcher.”

In its newsletter, under the image, Alphaliner stated: “Alphaliner’s above illustration shows how we think the new ’ONE’ house colors could look like in 2018.

“Whether – for the time being – ships will soldier on under their current names with NYK and MOL prefixes and K Line’s ‘Bridge’ Suffix, remains to be seen.

“In the greater scheme of things though, unified ’ONE’ names seem to be the most likely outcome.”

The Japanese carriers have produced strong results since reporting a year-over-year boost in revenues for container segments in the first quarter of the 2017 fiscal year.

ONE has also opted to use a collaborative, cloud-based stowage solution by XVELA in order to work with operational partners and boost service quality for customers.

The three Japanese liners have also named an NYK Group CEO Jeremy Nixon as the head of ONE, which will have a fleet capacity of more than 1.4 million TEU, according to Alphaliner data, giving it the position of sixth largest carrier with approximately a 7% share of global shipping.

In a CEO message on the ONE website, Nixon has stated: “ONE emerged from the legacy of three Japanese liner companies, who historically prided themselves on high level service quality and process excellence.

“These characteristics, which we highly cherish, are also the founding core principles of ONE. The new company’s global headquarters will be in Singapore, to further enhance its intended strong international trading presence.

“With a global fleet of over 250 vessels, active participation in all major global trade lanes, deployment of the latest IT systems and an extensive terminal ownership portfolio.

“ONE positions itself as being “large enough to survive, but still small enough to care”.”

Read more: Drewry has reported that the top five carriers will control a little under 60% of the world’s containership fleet by 2021