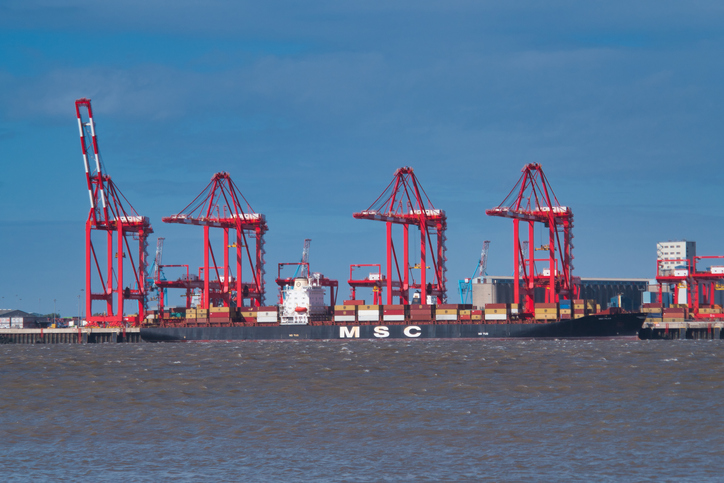 The Peel Ports Group has been presented with a green industry award from GREENFLEET after it switched over 50% of its fleet to electric.

The port operator won the award in the Private Sector Commercial Fleet of the Year (Small to Medium) category after it transitioned a considerable amount of its fleet to electric vehicles.

With this transition, the group is said to be saving an average of 132g/km of CO2 per vehicle, based on 60 miles per week. This amounts to 31.81 tonnes of CO2 saved every year. Phase two of this transition is already underway with plans to deliver an additional 31 electric vehicles in 2022 and create an entirely electric fleet.

Malcolm Oliver-White, a Fleet Manager at Peel Ports was among the individuals commended for the Private Sector Fleet Manager of the Year award. This category recognises individuals working in the private sector that have demonstrated a commitment to making carbon reduction a priority in their daily duties.

“Being recognised for our efforts to become more sustainable is a fantastic, progressive achievement for the group. It’s a real credit to our team, including Malcolm, for their ongoing commitment to driving forward our green agenda and working towards our net-zero targets,” said Mark Whitworth, CEO for Peel Ports.

“It is essential that we, as a business, are able to keep the supply chain going and facilitate growth at a national and regional level. But to be able to do this sustainably, while making a continued effort to minimise the environmental impact of our operations, is a real game-changer.

“We know our aims are ambitious, but we’re determined to succeed, and it’s great that our progress has already been recognised so publicly.”

These initiatives from Peel Ports come as part of its commitment to becoming net-zero by 2040. The group has been working towards this goal through ongoing work to lower emissions by delivering fuel efficiency programmes, green fleet management and driver awareness training.

Additionally, a total of £1.2 billion ($1.58 billion) over the last decade has been invested in sustainable infrastructure and technology to future proof its operations. This includes the delivery of energy-efficient cranes, LED lighting and choosing sustainable, low emission equipment and suppliers.