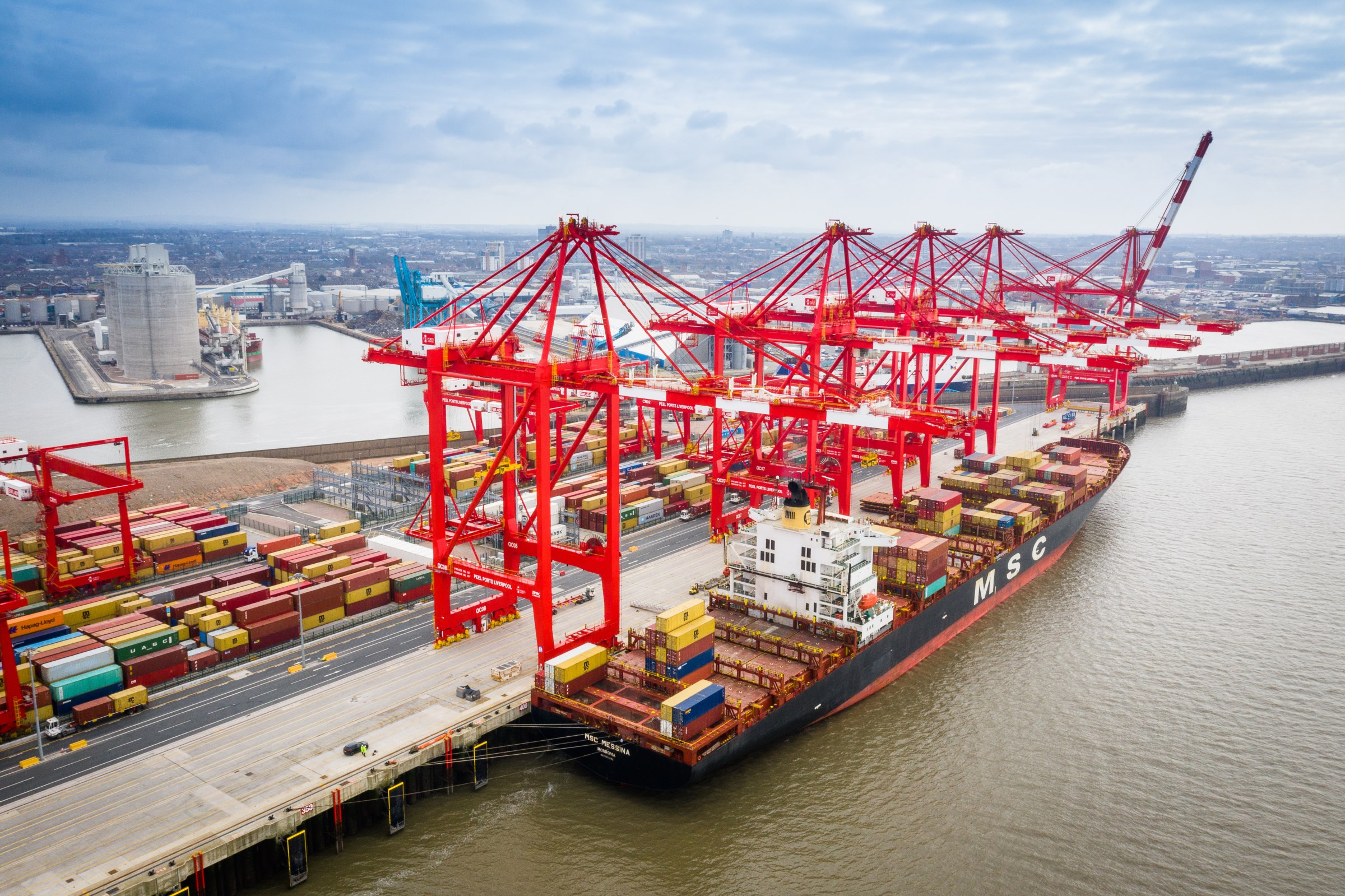 The exchange marks the highest number seen from a single vessel in Liverpool since the terminal opened in 2016.

The vessel is part of MSC’s Turkey Canada service and includes calls at Montreal, Liverpool, Sines, Valencia, Barcelona and Tekirdağ amongst other terminals. This service directly links Liverpool to the Far East.

Its arrival signifies the current strength of Liverpool on the global trading stage. In 2016 owner Peel Ports invested £400 million into the container terminal, enabling it to handle the largest ships in the world while maintaining other port operations and productivity levels as normal.

What are the top five ports in the UK?

As one of the most operationally efficient and modern terminals in Northern Europe, the deep-water terminal offers ‘future-proof’ facilities, enabling global shipping firms reliable access to major import centres at the heart of the UK.

David Huck, Managing Director at Peel Ports, said: “This record is a testament to the investment we’ve put in to ensure state-of-the-art technology, including our five ship to shore cranes (STS) and 12 cantilever rail mounted gantry cranes (CRMG) to help make our world-class staff as efficient as possible. At difficult times like these, businesses want to know that their supply chains are able to cope with the increased demand and this demonstrates that the Port of Liverpool is ready to meet their needs.”

Peel Ports, in conjunction with global terminal business Terminal Investment Limited Sarl (TiL), is continuing to develop the deep-water terminal.

The next phase of growth has seen the arrival of a further three STS cranes which are being commissioned and will soon see a further 10 CRMG cranes which will increase the capacity of the terminal significantly, making it capable of managing the unloading of two 380m vessels simultaneously.

Work on this second phase of the project has already started and is expected to be completed during 2021.