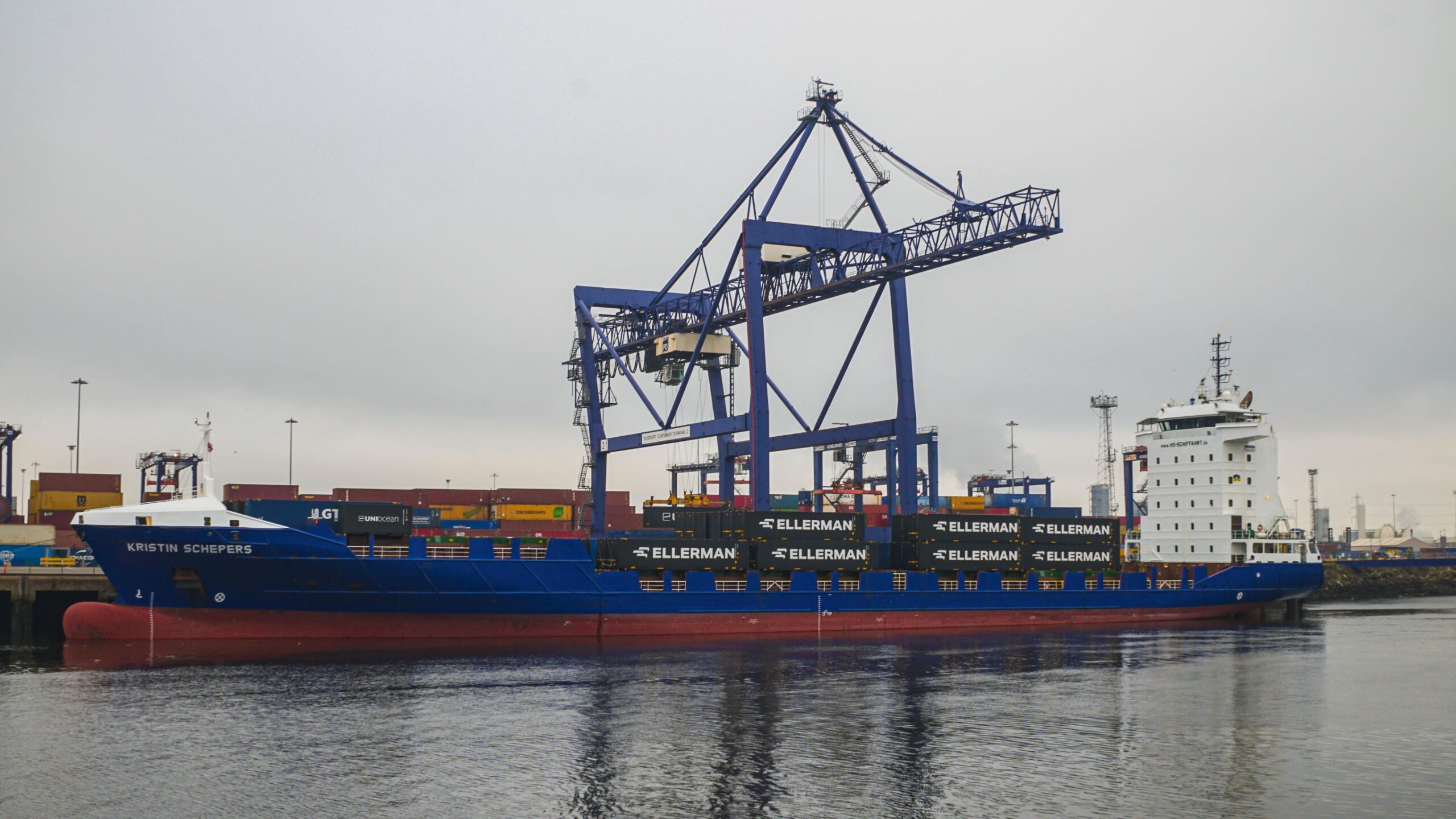 PD Ports has welcomed the first vessel call on its brand-new service from Spain and Portugal into Teesport.

The Kristin Schepers, with a total capacity of 800 containers, arrived at Teesport on 29 November after a four-day sailing from Aveiro, Portugal.

PD Ports teamed up with Ellerman City Liners to offer the new service, as this introduction follows growing market demand to use Teesport as key gateway into the UK.

The new route – which includes port calls in Rotterdam, Cadiz, Setubal and Tilbury – is currently running fortnightly and will increase frequency to once a week in the new year.

“We’re delighted to be welcoming Ellerman City Liners to our roster at Teesport with this service; the only direct route between Iberia and Teesport,” said Geoff Lippitt, Chief Commercial Officer at PD Ports.

“This unique service offers best in class transit times and, when running as planned in 2023, will further boost our weekly roster of vessel calls, reaffirming our position at Teesport as the Northern gateway for international trade.

READ: In conversation with: PD Ports

“Teesport being known as an important and efficient short-sea hub for the Midlands and Scotland is a great addition to our new service serving customers from and to Iberia,” added Peter Andrews, Commercial Director at Ellerman City Liners.

“With a new direct link from Cadiz and Portugal into Teesport and back, we are closing a missing link.”

PD Ports is making significant investment in infrastructure and technology at Teesport, as it predicts container volumes to grow by 70 per cent by 2029.

This includes the development of the Northern Gateway Container terminal – set to triple overall container handling capacity – and the introduction of an efficient automated gate system which reduces paperwork and improves the speed, visibility and accuracy of operations.

Bids in a previous auction allegedly reached around £1.3 billion ($1.6 billion).