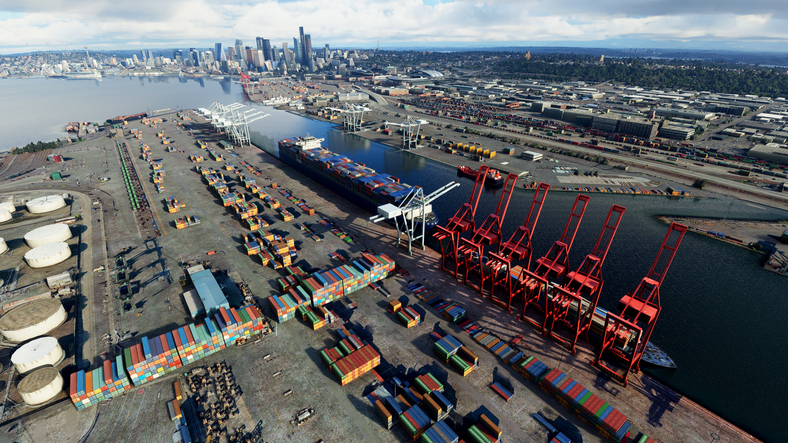 Supply chains in the Alaska, Hawaii and Washington regions will receive a funding boost to container services following new funding announced by the U.S. Department of Transportation’s Maritime Administration (MARAD).

The Northwest Connect: Critical Lifelines Project Designation will serve the M-5 Marine Highway Route transporting containerised goods to and from the Alaska, Hawaii and Washington areas.

Almost $40 million in grant funding is available for the program this year, with funding from the Bipartisan Infrastructure Law and the FY 2022 Appropriations Act.

Seattle and Tacoma have long been hubs for domestic shipping between US mainland and Alaska.

The funding announced by MARAD is an addition to America’s Marine Highway Program (AMHP).

Last year, the NWSA and the Port of Alaska teamed-up to apply for the AMHP Project Designation.

Grant requests for AMHP funding are limited to organisations on a Marine Highway Route with a Project Designation. The recent focus on supply chain resiliency has led to the AMHP receiving record levels of investment by the federal government.

“Seattle and Tacoma have long been a critical link in supporting freight movement between Washington and Alaska. This project designation will enable the NWSA and our domestic shipping operators such as TOTE, Matson, and Lynden to access infrastructure funding that will support increased trade and job opportunities in our gateway,” said Don Meyer, Port of Tacoma Commission President and NWSA 2022 Co-Chair.

“The importance of resilient maritime infrastructure and a strong partnership between the Northwest Seaport Alliance and the Port of Alaska is not lost on us,” added Steve Ribuffo, Director of the Port of Alaska.

“As important as the survival of this supply chain is, it’s clear to us that what is good for one of us is good for the other. The creation of Northwest Connect only strengthens those bonds of cooperation between us.”

“Utilising vessels to move goods instead of trucks or airplanes helps eliminate damaging air emissions that would otherwise impact the Pacific Northwest.

The marine highway system includes 54 designated routes which have specific access to federal funding opportunities that support the utilisation of the routes.