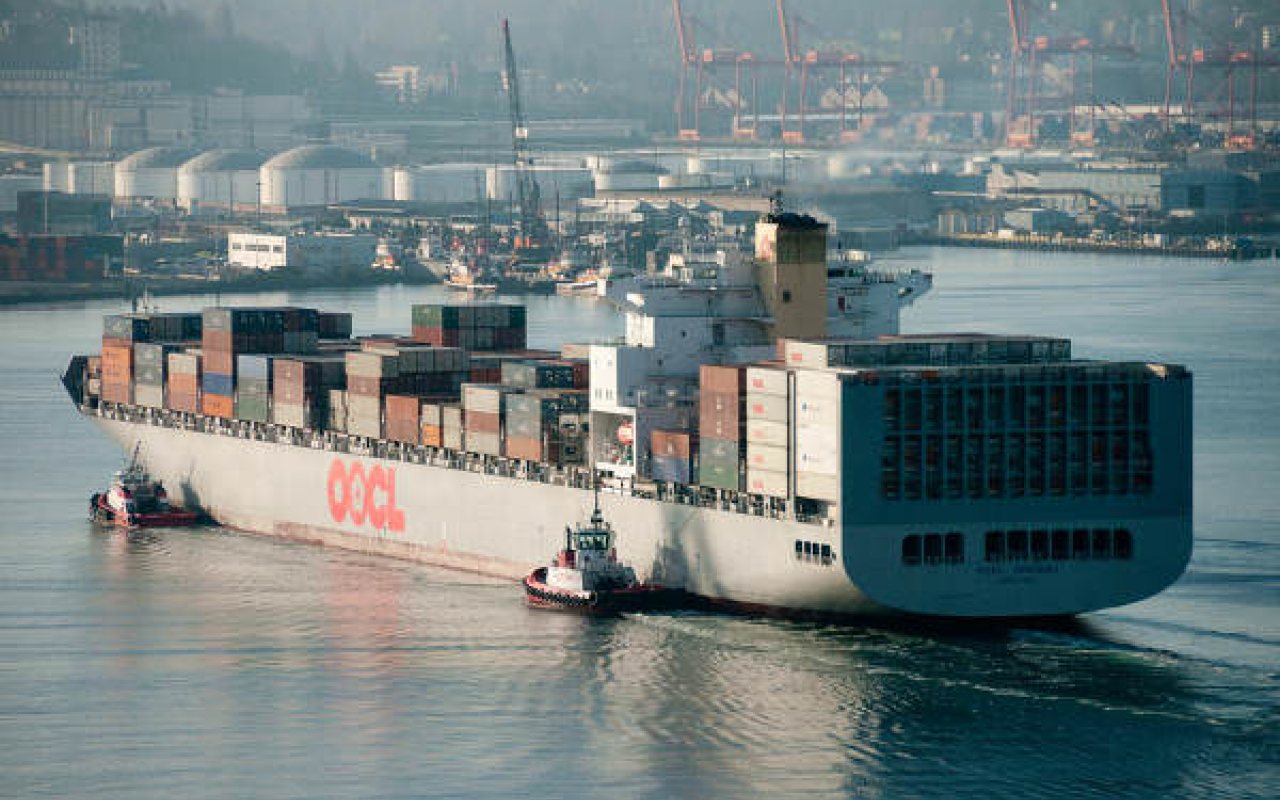 Orient Overseas International Limited (OOIL) and its subsidiaries has announced a loss attributable to equity holders, after tax and non-controlling interests, of US$56.7 million for the six-month period ended 30th June 2016, compared with profit of US$238.6 million for the same period in 2015.

Compared to H1, 2015, OOCL liner liftings increased by 5% and load factor by 1%, but revenue dropped by 17%. Average revenue levels in some trade lanes reached new post-Global Financial Crisis lows, with an average revenue per TEU drop of 21% in H1.

Mr. C C Tung, Chairman of OOIL, said: “Market conditions in the first six months of 2016 have been difficult for the industry. Weak economic growth in many key economies has constrained consumer demand, and global uncertainty seems to have given rise to some level of slowdown in corporate and government investment.

“Consumer demand and investment are the key drivers of demand in our industry, and in this context it is no great surprise that cargo volume growth has been uninspiring.

“The recent UK referendum might also lead to some further delay in investment processes in the short term, at least in Europe, especially if negotiations between the UK and EU on their future trading relationship prove to be protracted.

“In addition, violence in Europe and geopolitical conditions in the Middle East and South China sea have injected another layer of cautiousness to sustained corporate activities and investment.

“In addition to global economic uncertainty, the industry continues to face a supply and demand imbalance. A combination of weak global growth on the demand side and excessive shipping capacity growth, exasperated by the industry’s relentless pursuit for scale and efficiency in recent years, has compounded the over capacity. The result is a weak freight market where rates fell to levels that at times failed to cover voyage costs in selected trade lanes.

“Although fuel costs have risen considerably since the remarkable lows of the first few months of 2016, they remain far lower than in recent years, and provide some element of cushion against the unsustainably low freight rates that have been seen in some trades.”

In the first half of 2016, no new-build vessels were delivered, and no new orders were placed by the group. For six 20,000 TEU class new-build vessels contracted with Samsung Heavy Industries Co. Ltd. in South Korea, they are expected to be completed by the end of 2017.

Mr Tung said: “Looking ahead, notwithstanding the fact that there have been some tonnage withdrawals and pockets of volume growth in selected trade lanes, if deployed capacity continues to be substantially in excess of demand, the second half of 2016 will be challenging and difficult.

Mr. Tung said: “While the orderbook as a percentage of existing fleet is anticipated to drop to 6.7% and 5.5% respectively in 2017 and 2018, the challenge for the next half decade is on the demand side. The world economy seems uninspiring at best. The US may have passed its most difficult period in this cycle, and China will likely avoid a hard landing.

“Even if Europe finds its footing in the aftermath of Brexit, the world may very well need to adjust to a ‘new normal’ where unexciting growth and a low interest environment become the norm, at least for a half decade. In the mean-time, the polarisation of domestic politics, the rise of populism, and the tendency towards ‘turning inwards’ for many nations may also translate into a slowdown in the velocity of globalization.”

Mr. Tung concluded: “The first half of 2016 was disappointing for OOIL. We expect continued challenges given the global landscape. However, we remain confident that our prudent and deliberate management approach will lead the Group through the challenging times.

“Our customer base remains solid, and our business operations continue to benefit from our focus on cost and on efficiency, helped enormously by our ongoing investment in information technology. My colleagues and I remain committed to ensuring that the group is well positioned for the future and continues to be one of the highest performing in the industry.”

PTI previously reported that the container line has seen volumes soar in Q2, 2016 compared to the same period in 2015, despite revenues seeing a sharp decline.

This follows news that OOCL are set to charge big for container weighing services, following a period of uncertainty and complaints made by shippers since the regulation came into effect on July 1, 2016.

OOCL’s finances and volumes could be set to improve once its new ‘Ocean Alliance’ with CMA CGM, COSCO Container Lines and Evergreen Line begins operations in April, 2017.