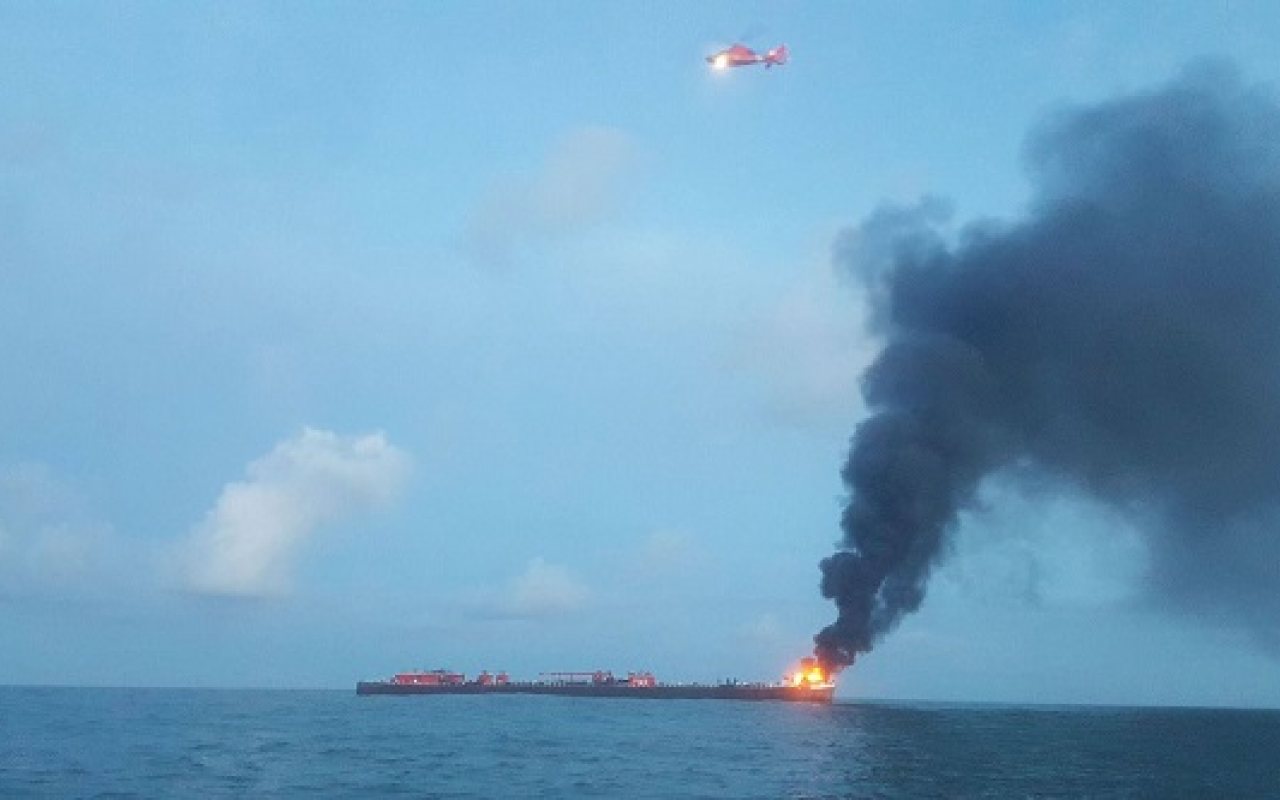 The US Coast Guard (USCG) has suspended its search and rescue mission for a missing crew member belonging to an oil barge which exploded off the coast of Port Aransas in Texas on October 20, 2017.

Rick Adams, Emergency Management Coordinator for the City of Port Aransas, told Reuters that authorities had rescued six of eight crew on board the barge and that the explosion at 4:30 am had caused the death of one unidentified person and that another was missing.

However, multiple news outlets said that USCG was looking for two crew members on Friday — the day of the explosion.

The latest update on the situation is that USCG has suspended its search and rescue mission with a single person still missing.

USCG managed to extinguish the fire aboard the barge by Friday evening and kept its crew on-scene to monitor the vessel.

The barge was carrying some 133,000 barrels of crude oil to a refinery in Corpus Christi when the explosion occurred.

In a press release by USCG on Friday, Captain Jason Smith, Sector/Air Station Corpus Christi, said: “In this situation, safety is paramount.

“Our first objective is to find the missing crewmembers, and our immediate second objective is pollution response and ensuring navigational safety in the affected area.”

Click to view USCG's video of the fire after the explosion:

The USCG said that some reports indicated there was oil in the water, but added that the barge — loaded with approximately 133,000 barrels of crude oil — presented “no indication of health risks to the public” and that air monitoring was being conducted.

USCG also staged a pollution boom, a temporary floating barrier used to contain an oil spill, to protect the environment.

The USCG statement added: “At 4:35 am, Sector/Air Station Corpus Christi watchstanders received a mayday from the captain of the tug vessel Buster Bouchard over Channel 16 who reported that the barge B255 attached to his tug was on fire and two crewmembers were unaccounted for.

“A unified command consisting of the Coast Guard, Texas General Land Office and a representative from Gallagher, who is representing Bouchard Transportation who owns the barge, has been set up to manage the incident.

“The Port of Corpus Christi's fireboat along with other local assets are on scene and attempting to extinguish the fire.

“The Coast Guard has established a 1,000-yard safety zone and is working with the pilots and harbor master to control vessel traffic in the area.”