Oakland to become a smart and zero-emissions port 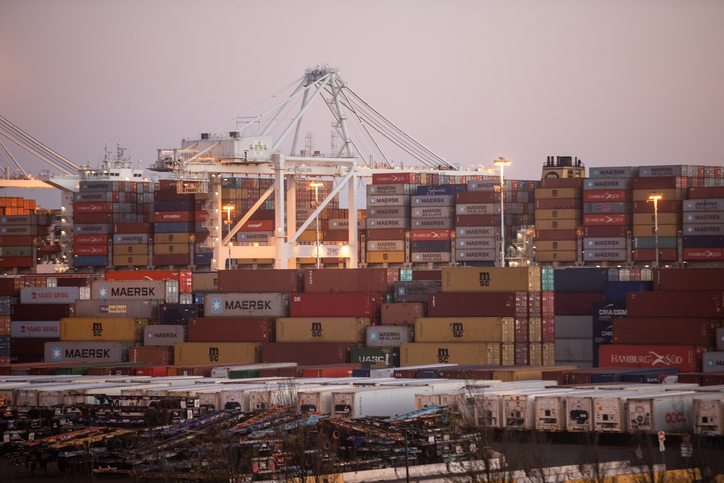 The Port of Oakland has said it is time to “invest in a renewed, smart, and zero-emissions port.”

Danny Wan, Executive Director for the Port of Oakland, recently delved into some of the investments the port is looking into in his annual State of the Port address.

“The theme for 2022 is to invest in and plan for a future that is not what used to be, but one that improves upon the past,” said Wan.

These investments aim to:

“We must do all of the above by bringing into reality green energy technology and dig deep into our creativity to realise a Port that is respectful of the environmental and urban community ecosystem that we do business in,” Wan said.

The address comes as Oakland continues to recover from the effects of the COVID-19 pandemic. Oakland set a record containerised import volume in 2021.

On top of this, during an Oakland Board of Port Commissioners meeting on 16 December, it was announced that the port had reached an environmental milestone by reducing diesel emissions by 86 per cent from 2005 levels.

“Things have been tough. But port staff, our dock workers, terminal operators, frontline workers, our airlines, concessionaires, and tenants all got going and showed a lot of great creativity, grit, and skill,” continued the Executive Director.

In order to fund this desired growth, the port identified several different sources of income. This included:

“All of these funds are essential for our seaport infrastructure over the next 5-to-10 years, and we expect there will be more,” Wan said.

The port’s outlook for 2022 already looks promising as three new services have made Oakland their first stop in the US. It is also expected to boost seaborne exports that previously declined in 2021 due to strain on the supply chain.

Wan closed his address by stating: “Our mission is to promote efficient commerce, create jobs, and play a major role in maintaining a vibrant regional economy while meeting obligations to clean the air and the environment.

“That is why we are proud of the 84,000 jobs that the port and its partners create, the $698 million of state and local taxes our activities generate, and the investments we, along with our community, business, and government partners are making for the future.”