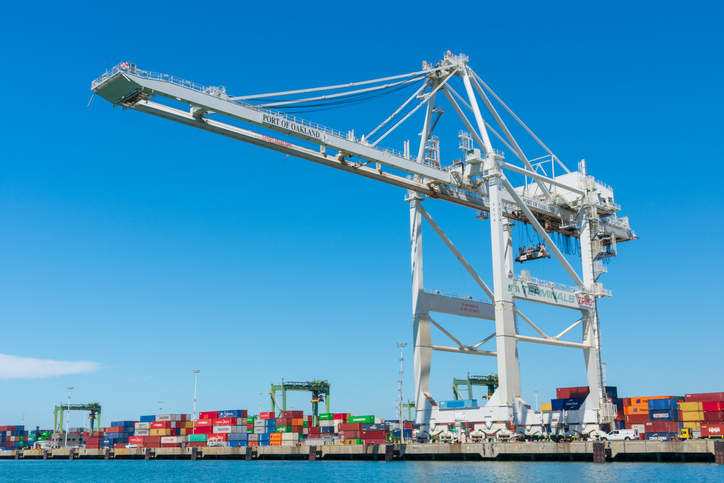 Import container volumes at the Port of Oakland boomed in January 2022, while exports saw a sharp year-over-year decline.

The port handled a total of 83,860 TEU in import containers in the month, an 8.3 per cent increase compared to January 2021.

This follows the news that Oakland processed over 1 million import containers in 2021, the highest amount in its 94-year history.

“We’re also working closely with federal, state and industry partners to boost exports that include agricultural commodities as well.”

According to the port, these volumes were most likely boosted by February Lunar New Year in Asia as US importers traditionally order considerable amounts ahead of holiday factory closures in Asian manufacturing centres.

Overall, 69 ships called at the Port of Oakland in January 2022. This is down 14 per cent from the same month a year ago.

Export volumes saw a sharp 10.8 per cent drop in the month, only processing 61,704 TEU. Oakland exports could not find enough vessel space to load their containers for overseas destinations, the port added.

Danny Wan, Executive Director for the Port of Oakland, also recently presented his five-point plan to mitigate congestion along the US West Coast to State policymakers as port directors across California met virtually for Ports Day 2022.