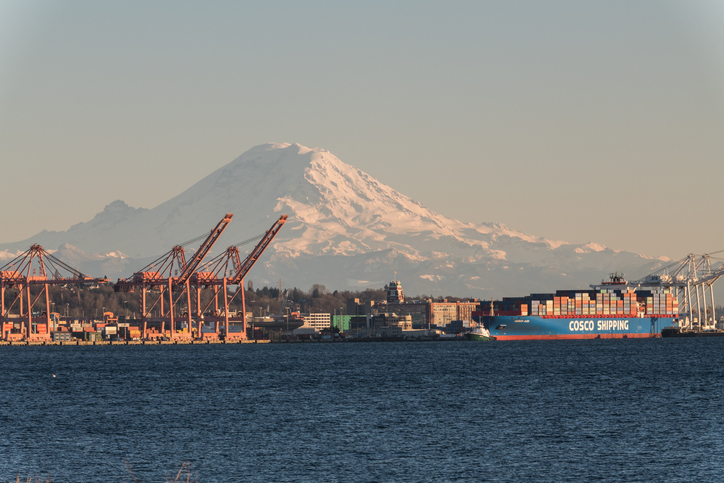 The Northwest Seaport Alliance (NWSA) has begun 2021 with a 9.3% year-on-year (YoY) increase in TEU traffic in January as it continued to recover from the effects of the COVID-19 crisis.

The results are yet more evidence of the surge in traffic seen by some of the ports on the US West Coast.

The ports of Los Angeles and Long Beach have witnessed record-breaking traffic as Chinese companies have restarted exporting goods to the US.

However, the NWSA has claimed to not have seen the same traffic as its Pacific counterparts and to have underutilised capacity at its disposal.

The news was announced as Wan Hai Lines revealed it would use the Port of Seattle, one half of the NWSA, as the first port of call for its new AA5 service, due to begin in mid-March.

The direct connection from Asia to the Pacific Northwest will cut transit times and increase loading options for time-critical shipments.

The stand-a-lone ZX2 service will focus on time-sensitive cargo and will start mid-March. The service will call at Husky Terminal, which recently underwent a $250 million modernization project, and will serve the growing Southeast Asia market.

“The gateway offers supply chain flexibility and low-cost transload options to our customers.”