Ports and carriers send mixed messages on US congestion 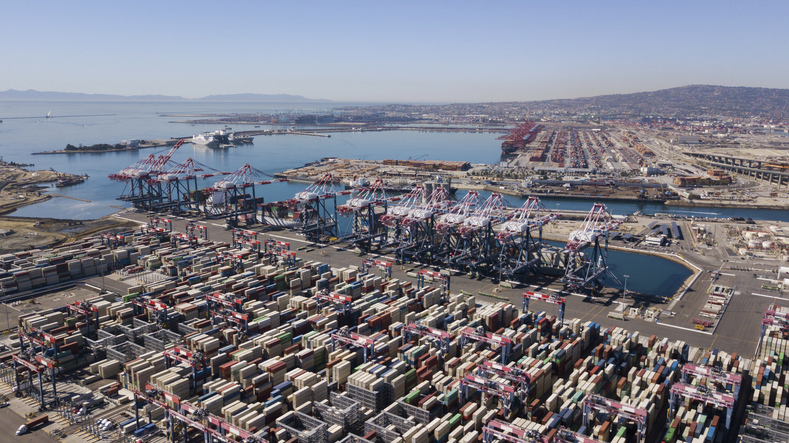 There are mixed messages regarding the congestion at US West Coast ports, with some gateways claiming to be under utilised despite the surge of goods at major hubs such as Los Angeles and Long Beach.

The Port of Oakland and the Northwest Seaport Alliance (NWSA) have both told PTI they are not seeing the same amount of traffic that has put some others at near full capacity.

When contacted by PTI, the Port of Oakland said there was no congestion on the landside as of 12 February and that any delays were caused by the arrival and installation of new container cranes, which took up one berth.

“We are not experiencing congestion due to the situation with the Southern Californian ports,” a Port spokesman said.

“We continue to closely monitor their situation in case things change.”

Equally, the Northwest Seaport Alliance (NWSA) said is not suffering from the same congestion as other West Coast ports. When contacted by PTI, it said it had no vessels at anchor as of the 11 February and its terminals have “underutilised capacity”.

A spokesperson for the NWSA said cargo is currently moving with “a good amount of velocity” and that it is “actively reaching out to the marketplace and encouraging shipping lines and their customers to utilise our Seattle/Tacoma gateway to solve the congestion challenges at other West Coast ports”.

“We believe that NWSA is well-positioned to be part of the solution in relieving some of the heavy congestion at gateways along the West Coast.”

It also called for a “comprehensive federal strategy championed by the new administration” to increase its global competitiveness.

“We hope the strategy will prioritise infrastructure investment and consider all aspects of the supply chain,” it said.

The American Association of Port Authorities (AAPA) said there had been a spill over effect from the Southwest Pacific to those further up the West Coast and some carriers were “simply bypassing those already inundated ports”.

The continuing surge in volume, the AAPA said, is caused by a sharp increase in ecommerce purchases and demand for pandemic essential goods. Furthermore, the AAPA said some carriers have changed the order of ports of call and are rerouting to East and Gulf Coast ports.

A.P. Moller-Maersk (Maersk) told PTI that  US West Coast ports are congested and operating at full capacity but that it was not rerouting to the East Coast as this would cause more costs due to longer vessel schedules.

Vessels that call at ports in the Pacific Southwest, the carrier said, have as much as 80% of their cargo destined for the Los Angeles market, which makes general rerouting unfeasible.

“Although there are a number of different contributing factors to the current congestion, we are working with all supply chain stakeholders to release as much pressure as we can to keep cargo flowing,” Franck Dedenis, Head of Maersk North America Ocean Management told PTI.

Dedenis went on to say that Maersk continues to “pull all levers available” but claimed that issues such as a lack of labour and equipment is not easily solved.

Gene Seroka, Executive Director, Port of Los Angeles, said in a board meeting on 4 February that discretionary spending has shifted from services to goods and that US consumers are buying more than ever before.

As well as ecommerce consumer spending, the growth was also driven by retail replenishment as major essential outlets restocked their inventories.

Home equipment accounted for 39% of the imports into the US between September and November 2020, according to findings from SeaIntelligence and presented by Alan Murphy, joint founder and CEO of the consultancy, in a webinar on the Trans-Pacific trade.