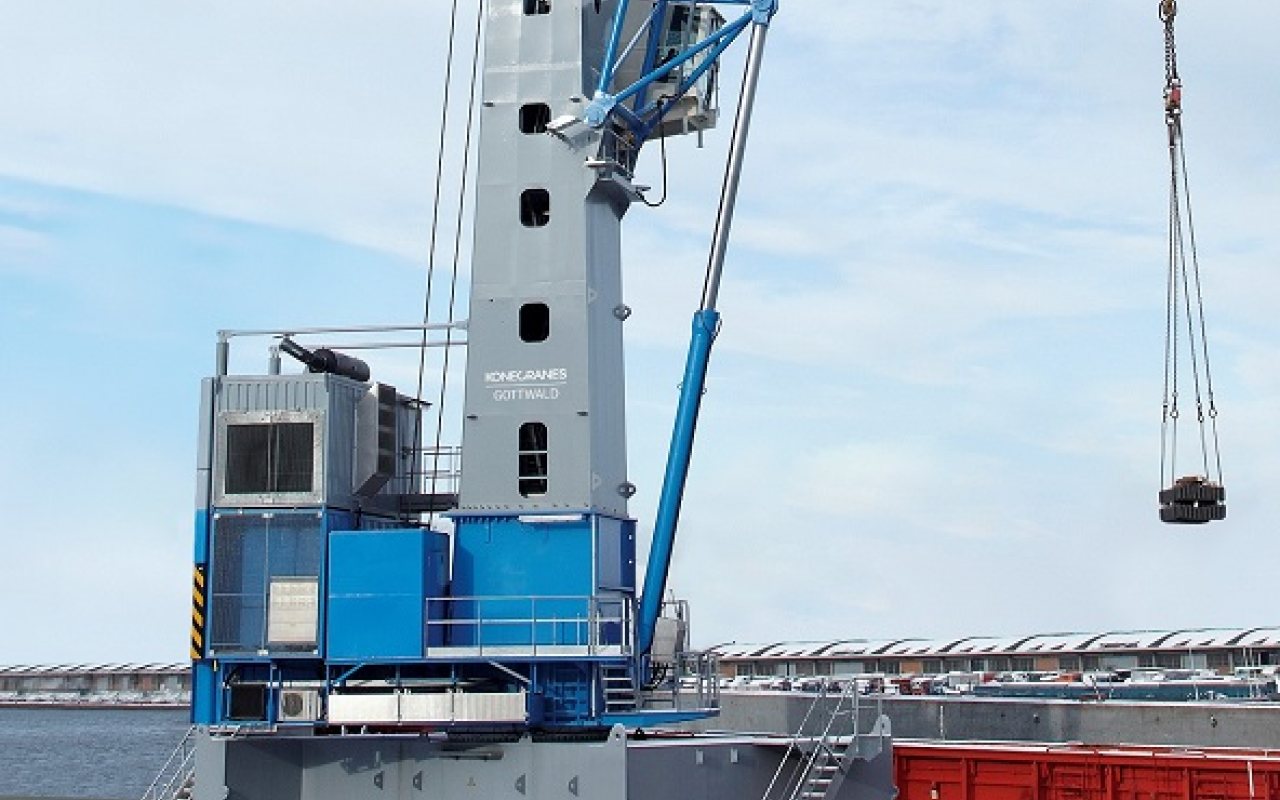 The Northern-Irish port ordered the crane in June 2018 for delivery in September 2018 to increase the capacity of Warrenpoint’s handling activities.

It forms part of a major drive to facilitate continued growth in trade.

Warrenpoint, which in 2017 handled a record 3.56 million tons of cargo, valued at approximately US$ 8.2 billion (€7 billion), deals with a broad spectrum of goods including grain, timber, steel and cement.

The 25-year growth plan, which forecasts a continued growth in trade following Brexit, was unveiled earlier this year.

Authorities at the Port anticipate a significant increase in trade over the coming decades, with core roll on, roll off freight expected to rise by up to 80% by 2040.

It provides a maximum lifting capacity of 100 tons and an outreach of up to 46 metres.

Clare Guinness, CEO, Warrenpoint, commented: “The new crane will ensure we continue to deliver high standards of customer service and help us attract new business to grow annual throughput to over 4 million tons.

“It will allow for increased capacity and efficiency through speedier loading and unloading of goods and reduced downtime.

“This is the first part of a new significant investment plan at the Port, following the publishing of our Masterplan as we gear up for trade in the post-Brexit era.”

Neil Griffiths, Regional Sales & Service Director, Konecranes Port Solutions, said: “Warrenpoint is the fourth biggest port on the island of Ireland and serves both Northern Ireland and the Republic of Ireland.

“Warrenpoint currently operates five Konecranes Gottwald Mobile Harbor Cranes, and we are proud that they have again opted for our eco-efficient technology to support their long-term growth.

“The new crane will help Warrenpoint to further benefit from the port’s advantageous geographic situation close to the border with the Republic of Ireland.”