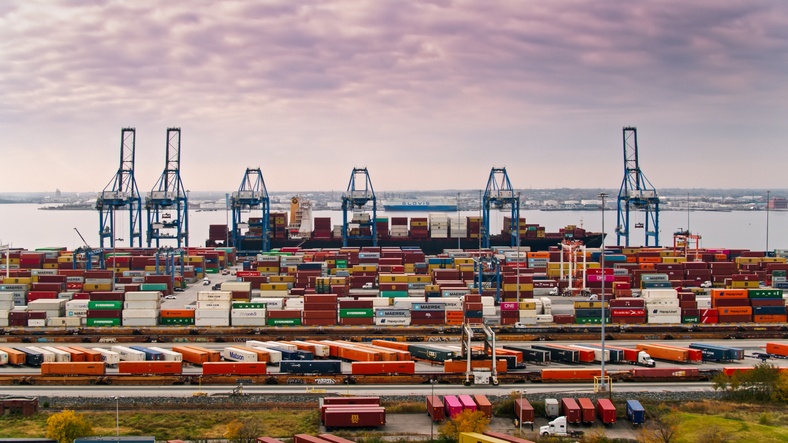 The Port of Baltimore will build a new container terminal through a new partnership between Tradepoint Atlantic and Terminal Investment Limited (TIL).

The project, a 165-acre rail box facility at Coke Point, will expand container operations space by more than half within the growing port.

Th project, which launches the next major phase of the redevelopment at Sparrows Point, will create 1,000 new jobs for the region.

“Tradepoint Atlantic has quickly become a transformational force as one of North America’s most strategic and versatile commercial gateways and a magnet for major companies like Amazon, BMW, FedEx, and Volkswagen to build and expand their footprint in the region,” said Governor Larry Hogan.

“It has also solidified the Port of Baltimore’s status as one of the best ports in America, and today we are celebrating a joint partnership between Tradepoint Atlantic and Terminal Investment Limited, which will further expand the growth and competitiveness of the Port with the addition of an on-site 165-acre rail served container terminal.”

In November 2021, the Governor Hogan broke ground on the Howard Street Tunnel expansion project, which will reconstruct the tunnel to accommodate double-stacked container trains to and from the Port.

“This is one of the most important and consequential announcements we have made since setting out with our initial plans to redevelop the former Sparrows Point Steel Mill,” said Kerry Doyle, Tradepoint Atlantic Managing Director. “

This strategic partnership with TIL is only possible because of the tremendous investment in the expansion of the Howard Street Tunnel and highlights the lasting and growing opportunities here at Tradepoint Atlantic.

“The Port of Baltimore is a jewel of the Mid-Atlantic region and today’s announcement means that not only will the Port remain competitive with other major East Coast ports for years to come, but that we will gain a substantial advantage over them.”