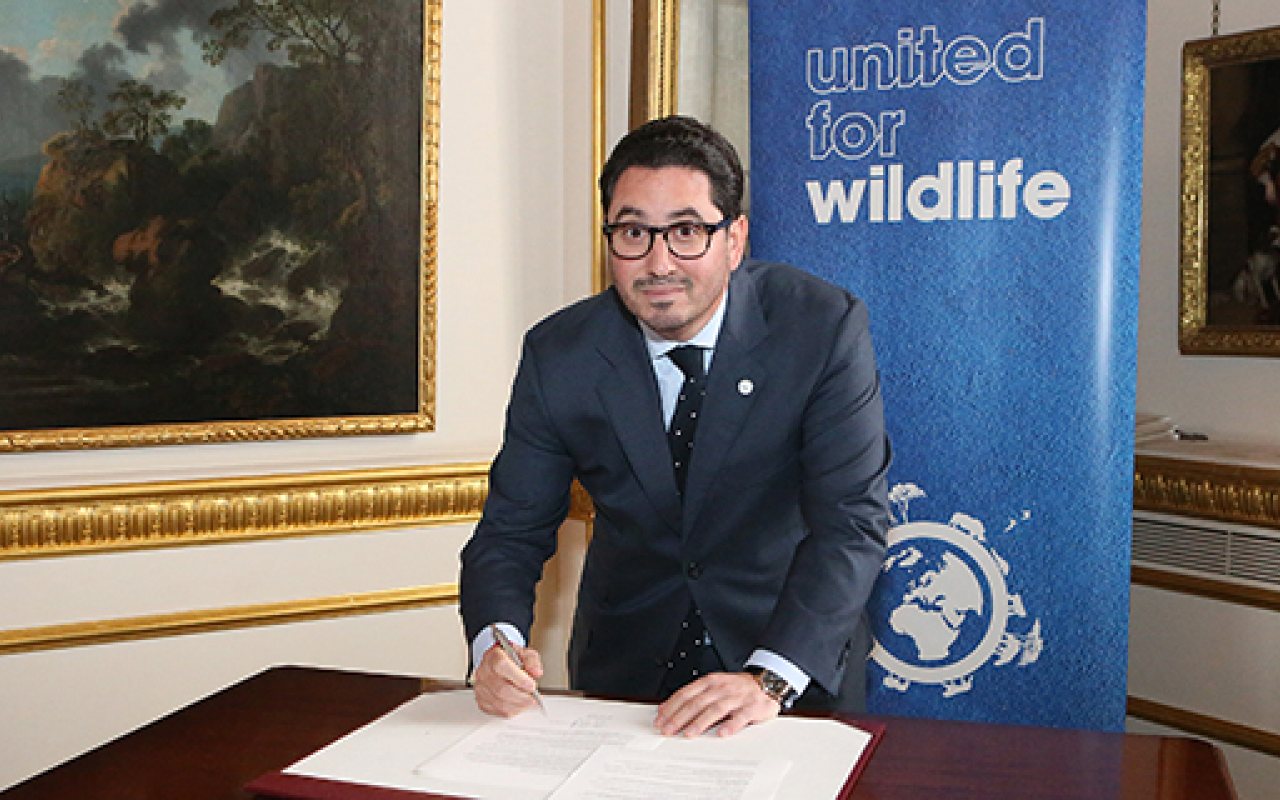 Mediterranean Shipping Company (MSC) has pledged to combat illegal wildlife trafficking after signing the Buckingham Palace Declaration at a ceremony in London with HRH Prince William, the Duke of Cambridge.

With the second largest fleet of containerships in the world, MSC’s declaration is important for stopping the illegal wildlife trade as the zero-tolerance policy ensures improvements to systems of detection.

This also means better information sharing on suspicious activities related to wildlife and support for customs and other enforcement agencies.

The Buckingham Palace Declaration is an initiative of United for Wildlife, a movement created by The Royal Foundation of the Duke and Duchess of Cambridge and Prince Harry to protect iconic species such as elephant, rhino and tiger, as well as lesser known species such as pangolin, from extinction.

The Declaration has attracted 90 signatories since the first signing ceremony in March 2016, predominantly from the transport industry.

Diego Aponte, President and Chief Executive officer of MSC, said: “As a responsible, sustainable company, MSC is proud to be a signatory to the Buckingham Palace Declaration.

“We play an active role in the crackdown on the illicit trade of wildlife and we will work with conservation organisations and governments to dismantle the connections between buyers and sellers.”

Diego Aponte discussed the importance of businesses playing a sustainable and ethical role in society with The Duke of Cambridge, President of United for Wildlife, and Lord William Hague, Chairman of the United for Wildlife Transport Taskforce, at the ceremony in London on November 1, 2017.

Through the Buckingham Palace Declaration, MSC also implements its own ethical initiatives to support wildlife preservation, for example, banning the carriage of animal hunting trophies and endangered shark fins.

Lord Hague of Richmond said: “Our work is one part of a great international effort to save some of the world’s most treasured animal species from extinction in the wild.

“While we are making progress, we are all determined to intensify our efforts, making greater use of our information sharing system and communicating to customers, passengers and further companies about how they can help.”

Read more: Mediterranean Shipping Company (MSC) is accelerating the clean-up of plastic pellets known as “nurdles” after a freak storm caused a quantity of cargo to fall into Durban harbour in South Africa