MSC Sets Another Record at PhilaPort 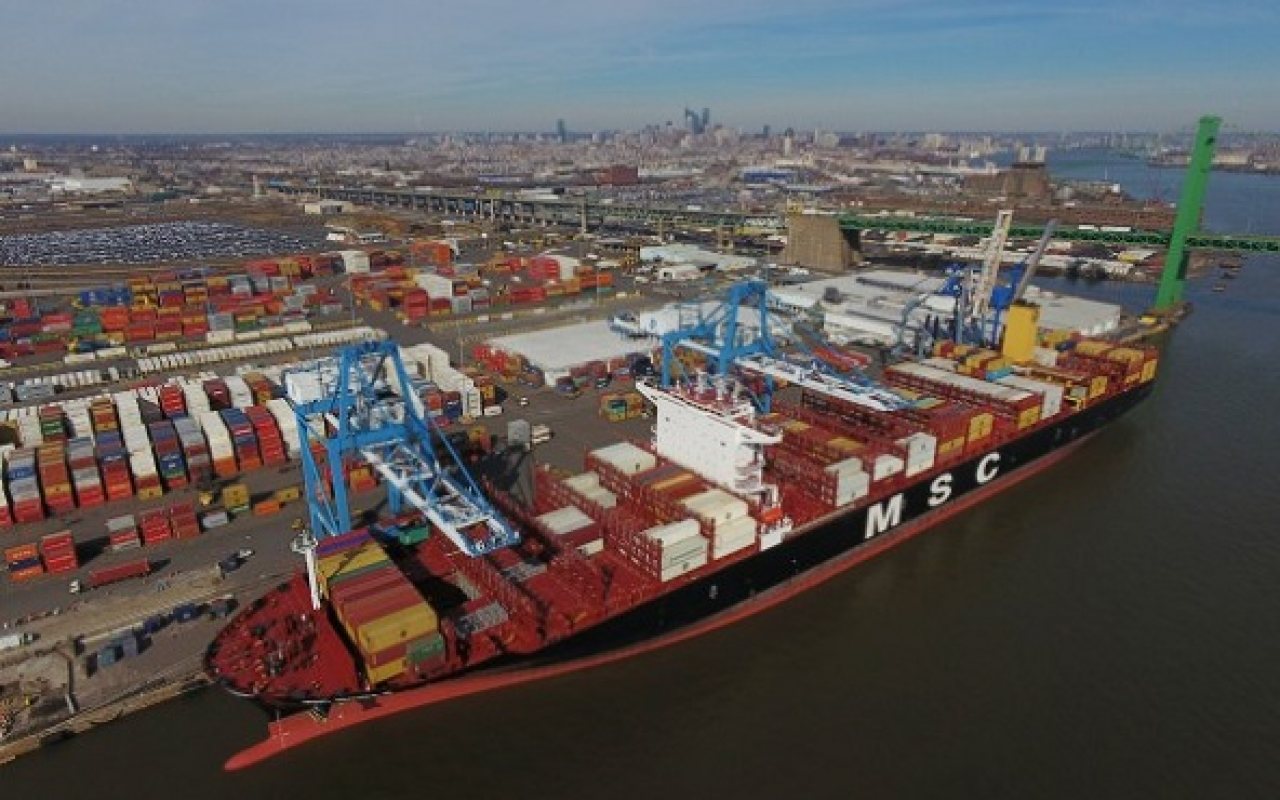 Port of Philadelphia has passed another challenge by Mediterranean Shipping Company (MSC) after handling the carrier's largest class of container vessel on the US East Coast.

MSC Shuba B, a 12,200 TEU MSC ship (pictured), arrived at Philaport's Packer Avenue Marine Terminal yesterday (February 13, 2017) from the West Coast of South America with a cargo of mostly fruit.

The MSC Shuba B's cargo was from Chile and Peru, which included table grapes, peaches, plums, pears and blueberries.

PhilaPort has a long history of trade with the agriculturally rich countries of Chile and Peru.

In 2017, the value of the cargo originating from Chile had a value of over $1.1 billion dollars and $475 million from Peru, a 15% increase from the previous year.

In 2017, the Port realized 19% growth in its containerized cargo volumes handling 548,000 containers.

“This size of vessel is increasingly being used as the workhorse for shipping lines around the world.  It’s the reason why we are working so hard to make the necessary capital improvements which we have planned as quickly as possible.”

Read more: Port of Philadelphia released a video of the moment it received its last largest containership on January 14, 2018