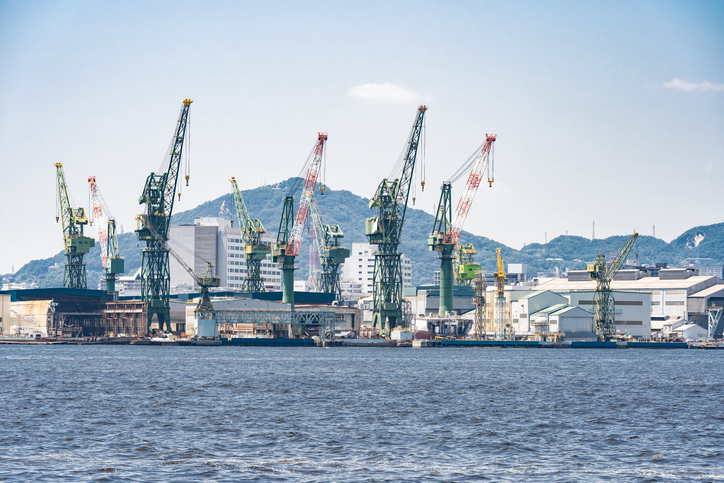 MOL is embarking on an ambitious hydrogen-fuelled cargo-handling equipment trial, in partnership with Mitsui E&S Machinery to study the future of zero-emission equipment in ports.

In an interview with PTI, MOL said the MOL Group sees the reduction in fuel emissions from not just ships but ports “as an important issue.”

In addition to the electricity-powered Auto Stacking Crane in use at the MOL subsidiary TraPac terminal in Los Angeles, MOL is building further towards zero-emission equipment with this hydrogen fuel project.

The cargo-handling equipment trial will place a hydrogen-powered Rubber-Tyred Gantry (RTG) at the Kobe International Container Terminal by the end of May 2022.

The Port of Kobe already has hydrogen storage tanks, MOL said. However, the supply system from these tanks “will be discussed with the government” and companies participating in the Port of Kobe and Ministry of Land, Infrastructure, Transport and Tourism (MLIT) of Japan Carbon Neutral Port (CNP) project.

On why hydrogen as opposed to battery-powered or powered through biofuel, MOL said: “There is certainly a possibility of using fuel sources other than hydrogen, however, the Port of Kobe has already conducted pioneering demonstration experiments for the utilisation of hydrogen energy, and the Kobe port’s CNP efforts will focus on hydrogen fuel.”

The RTG will be powered initially through a smaller diesel engine – reducing fuel consumption by up to 30% – with the intention to transfer the RTG to a hydrogen fuel cell unit in the future.

Challenges of hydrogen for the project include the adjustment of the hydrogen supply system and further shortening refuel time, MOL said.

“There is a significant increase [of cost] as of now, but according to the roadmap issued by the authorities, we expect that the running cost will be about the same compared to conventional diesel fuel in 2030,” MOL added.

Mitsui OSK Lines reiterated the Port of Valencia’s assertion to PTI in April 2021 that economies of scale will bring down the cost for hydrogen-fuelled equipment in the future.

“We recognize that hydrogen fuel unit still has many issues at this point, such as safety and cost, but we believe that they are a viable option for the realization of CNP and that they will become more widespread in Japanese ports,” the company said.

“We will continue to work proactively to achieve the goal of zero emissions at ports, not only through the introduction of the Near Zero RTG.”