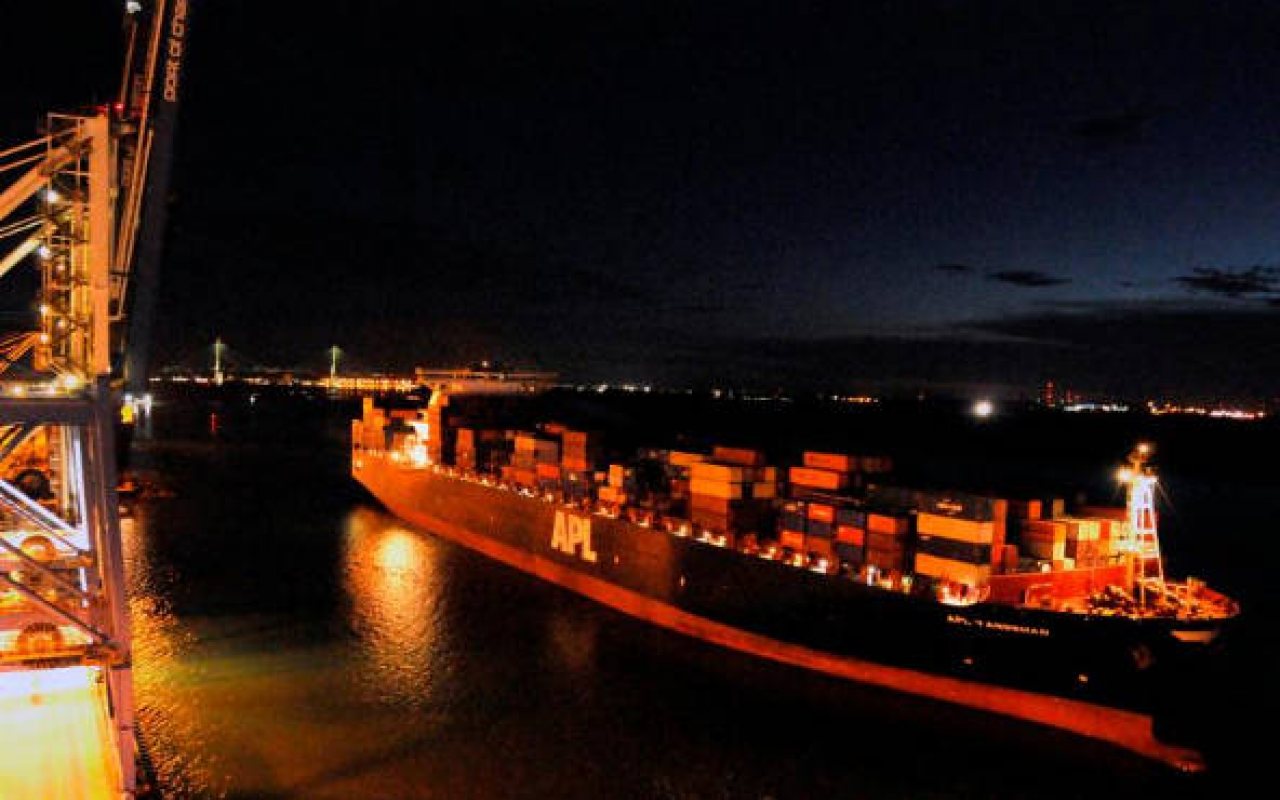 Jim Newsome, SPA's president and CEO, said that the agency’s plan next year was to be “aggressive” during December’s board of directors meeting, adding that operations would slow down in the winter months but increase in spring.

Newson said: “The port had a record November of close to 100,000 pier containers with continued year-on-year growth in the loaded container segment and the resurgence of empty exports through calls by extra loader vessels.

“We are ahead of plan for the fiscal year 2017 but expect a seasonally modest December through February as lines adjust to slowing world trade and prepare for new alliance deployments. The South Carolina Inland Port Greer continued to handle near-record volumes as we prepare to build a second inland port in Dillon County, SC.”

SCPA also had its best recorded result in history for November 2016, moving 99,041 cargo containers through its terminals, a 15% increase over the same month a year ago.

The OOCL Tianjin, which carries around 8,000 containers, is one of the larger cargo ships paying regular visits to the Port of Charleston.

Rail moves at Inland Port Greer continued to be strong, with 9,465 moves in November 2016. Fiscal year-to-date volumes are up nearly 31% compared to the same period last year, with 44,892 rail moves since July 2016.

The SPA welcomed the APL Yangshan (pictured), the largest container ship ever to call the Port of Charleston, in August of 2016.

The Yangshan, which measures 1,140 feet long and 148 feet wide, can transport up to 10,700 twenty-foot equivalent units (TEU). It is deployed on the China East Coast “CEC” weekly vessel service via the Suez Canal.

At the time of Yangshan arriving, Newsome commented: “The deployment of New Panamax vessels to the East Coast trade marks a new era. Today 16 of Charleston’s 26 weekly calls are handled by vessels 5,000 TEUs or larger, and we expect to handle our first 14,000 TEU vessel call later this year.

“As the deepest harbor in the Southeast, Charleston is well-prepared to provide the depth as well as the capacity and infrastructure necessary for efficiently handling big ships.”