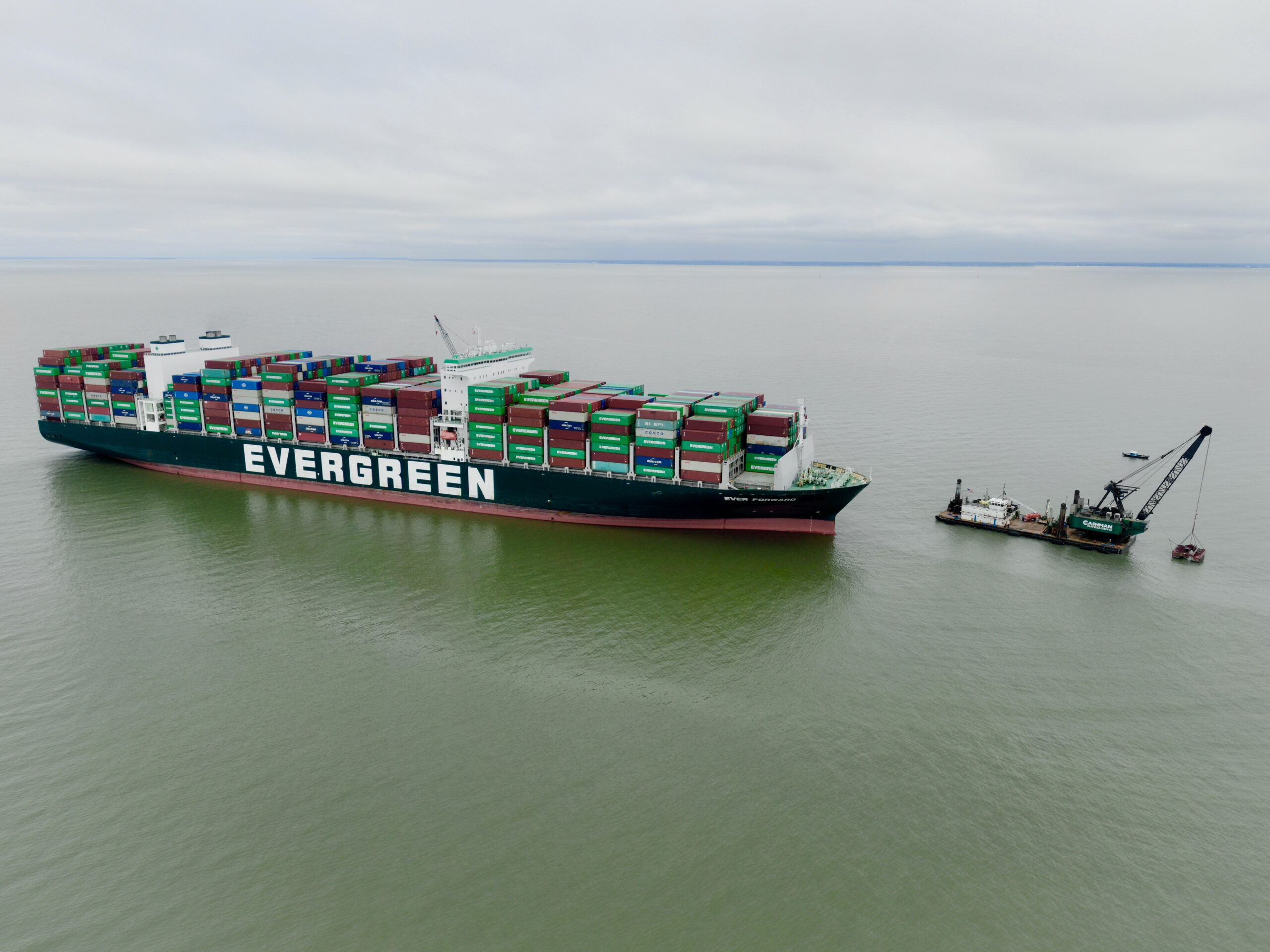 The Maryland Board of Pilots will prohibit on-duty pilots from phone use after a distracted pilot ran the Ever Forward aground in Chesapeake Bay last March.

Board Chairman, Sandy Steeves, said in a statement: “The job of a state-licensed pilot requires absolute attention and focus on the job of safety piloting, navigating, manoeuvring, anchoring, docking or undocking a vessel.”

READ: Evergreen to pay lumpsum for Ever Forward clean-up

On the evening of 13 March, 2022, the Ever Forward departed Seagirt Marine Terminal in Baltimore with a certified Maryland senior pilot on the bridge. The 12,000 TEU ship was sailing in calm, clear weather into Norfolk.

As Ever Forward reached a curve in the channel, the pilot provided no commands to adjust the course as he was preoccupied with his phone. When he realised something wasn’t right, the ship had already overshot its turn by a full minute at full forward. To prevent a grounding, he issued orders, but it was already too late.

A coast guard had claimed that the situation could have been easily avoided had the pilot refrained from drafting email correspondence and placing and receiving personal or nonprofessional phone calls.

The containership Ever Forward ran aground on an oyster bar last year because one of the pilots made the poor decision to use his phone at the wrong moment.

After being stuck for almost a month and following two failed attempts to free the ship on 29 and 30 March, the 12,000 TEU box ship was retrieved and returned to the Port of Baltimore on 17 April.

It was discovered by investigators that the pilot had spent a total of some 126 minutes on the phone before running aground.

The pilot in question had his licence suspended by the Maryland Board of Pilots in October, but he was given the chance to request an appeals hearing.

At the time of the grounding, neither the Maryland Board of Pilots nor the Association of Maryland Pilots had any cell phone regulations, despite the U.S. Coast Guard vehemently stressing the importance for vessel owners to adopt and follow appropriate operating standards.