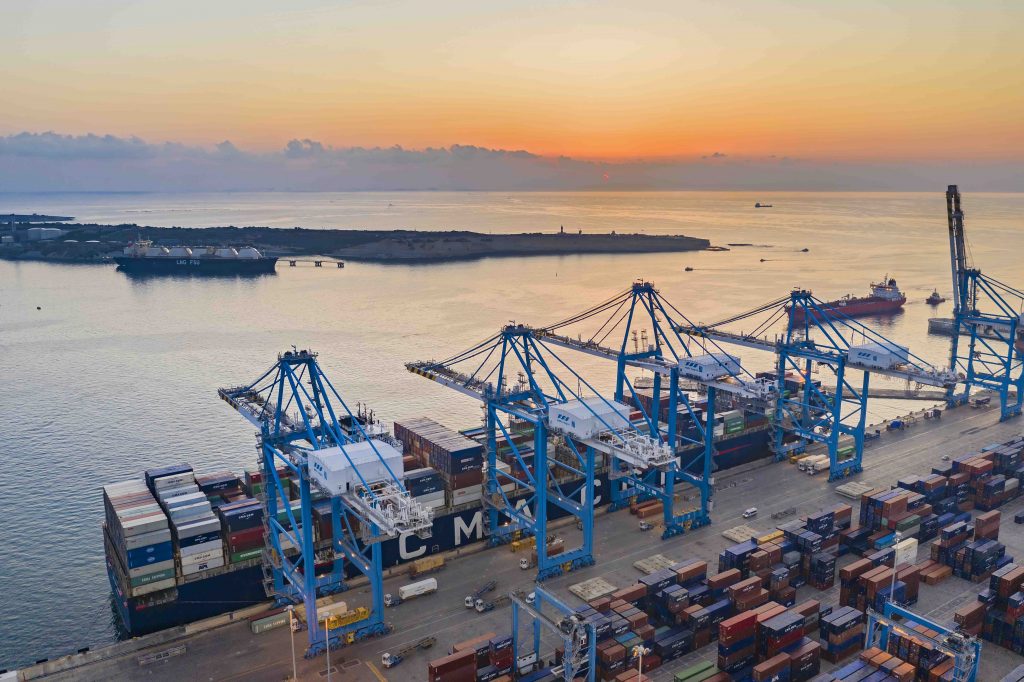 Malta Freeport Terminals recently purchased two megamax cranes, ordered from leading manufacturer Liebherr Container Cranes for €20 million ($23.85 million), which will be assembled on site and installed by the summer 2021.

Featuring environmental credentials and outstanding technological specifications, these cranes can operate 23,000 TEU vessels spanning 72m, an air draft of 54m, and twin-lift spreader capability. The facility has enough capability to handle the world’s largest vessels with a capacity in excess of 23,000 TEUs simultaneously at both terminals.

Automation and digitalisation are also at the forefront of the Freeport’s activities to further boost its competitive edge within the Mediterranean transshipment market. The Freeport’s prime focus is to constantly strive to surpass its clients’ long-term expectations and continue reaping fruitful results.

Malta Freeport Terminals’ Head of IT Jesmond Baldacchino said, “We performed trials with four suppliers. Several tests were conducted, including stress tests and data speeds, and we placed several cameras to simulate high-speed throughput. After several tests, it was established that we could use Cisco wireless backhaul technology to achieve data speeds of 50 to 60 Mbps with extremely low latency and zero packet loss, over a distance of 600 to 800 meters. One of the most significant features is the potential to scale the system.”

A private long-term evolution (LTE) network was considered but found to be unfeasible because of the higher costs and incompatibility with current equipment. Cisco Ultra-Reliable Wireless Backhaul enables the terminals to use their existing equipment with much higher effectiveness.

Baldacchino added, “A public LTE solution was also discarded, as it would have involved a high risk of network lag. Zero latency cannot be achieved with LTE, because the signal makes several ‘hops’ on its journey, drastically increasing the risk of failure. We created the backbone with Cisco wireless backhaul technology, and that allowed us to continue using our current network.”

Baldacchino said the port originally intended to use Cisco wireless backhaul technology only on quayside cranes but later discovered that the solution also offered great potential for supporting the RTGs fleet as well. Cisco technology complements the port’s IoT and big data projects currently underway. With Cisco IoT, the port can also have full wireless coverage in areas that were previously challenging to cover.

“Cisco IoT gives Malta Freeport the wireless connectivity and scalability we need to stay competitive in the shipping industry,” Baldacchino said. “An IoT solution like Cisco Ultra-Reliable Wireless Backhaul is what helps shipping ports like ours continue to support and grow our operational technology environment.”