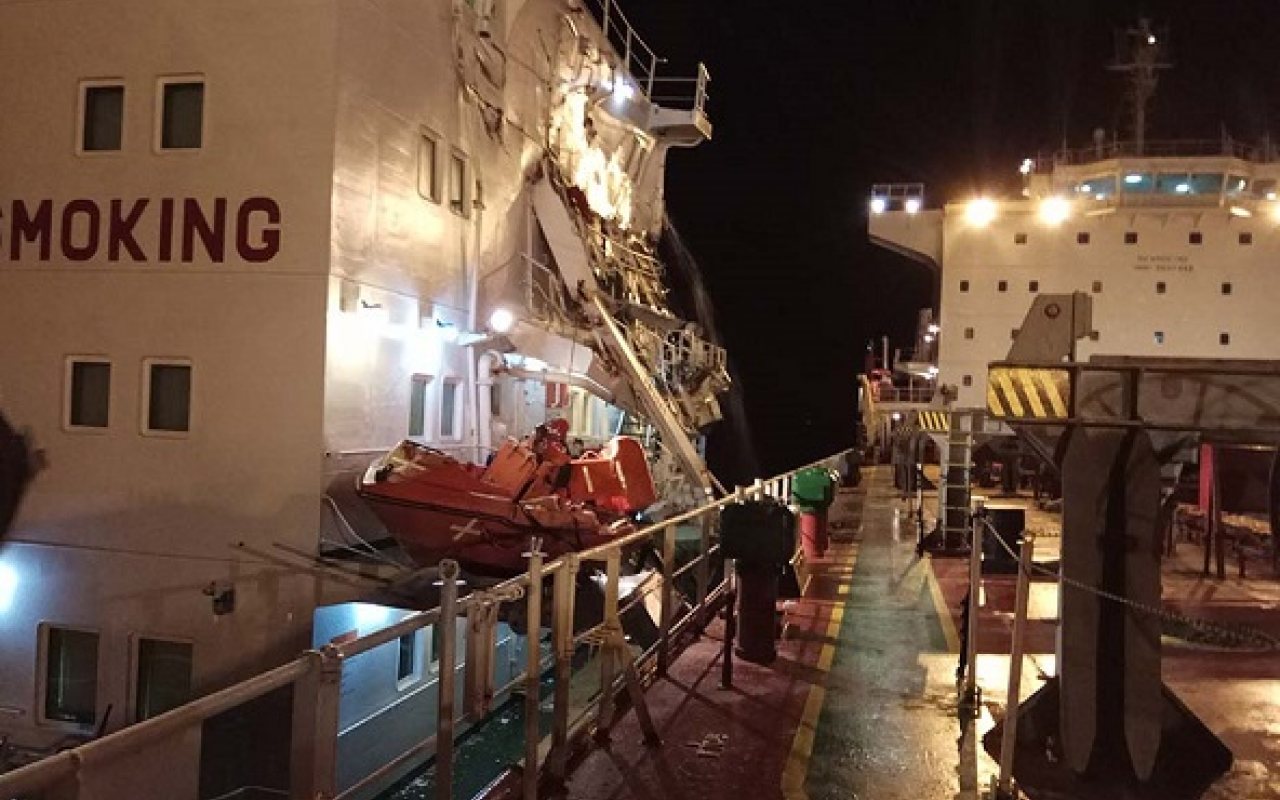 The UK Government’s Marine Accident Investigation Branch (MAIB) has released its findings on a bulk carrier and oil tanker collision that took place in the Dover Strait in the English Channel last year.

At 3 AM on July 1, 2017, two Hong Kong-registered vessels, the bulk carrier Huayang Endeavour and the oil tanker Seafrontier, collided in the Dover Strait approximately five nautical miles to the west of Sandettie Bank.

Both vessels sustained damage in the collision but were able to proceed to nearby ports for damage assessment.

The accident did not result in any injuries or pollution.

The MAIB investigation identified that a very high frequency (VHF) radio conversation between the two vessels had resulted in the two bridge teams holding conflicting views as to how the Huayang Endeavour should overtake the Seafrontier.

Subsequently, Seafrontier’s bridge team did not check for sea room astern before altering course, leading to a close quarter situation between the two vessels.

MAIB reported that the Seafrontier’s master had been present on the bridge for over 14 hours and was “probably suffering from fatigue”, which was “likely” to have affected his decision.

The accident investigation teams also found that Huayang Endeavour’s bridge team did not complete effective long-range scanning as required by the Convention on the International Regulations for Preventing Collisions at Sea, 1972 (COLREG’s).

MAIB viewed the use of VHF to resolve the situation as “inappropriate” due to the time it took for effective action to be taken, the quality of the verbal communication and the lack of a shared plan.

It added that Seafrontier’s bridge team did not monitor Huayang Endeavour’s manoeuvres after the VHF conversation, and as they did not check for sea room before altering course, were unaware of the bulk carrier’s position.

In its recommendations, MAIB said: “Following its internal investigation Huayang Endeavour’s manager has amended its procedures for the use of VHF for collision avoidance, and promulgated the lessons learned from this accident to its fleet.

“The manager of Seafrontier, has also completed an internal investigation, and has taken a number of steps to train its personnel in bridge and crew resource management, review its procedures, and promulgated the lessons from this accident to its fleet.

“In light of the actions already taken, no recommendations have been made.”

Read more: MAIB found that “poor stevedoring practices” were partly to blame for a fatality during the discharging of packaged timber in Alexandria Port, Egypt