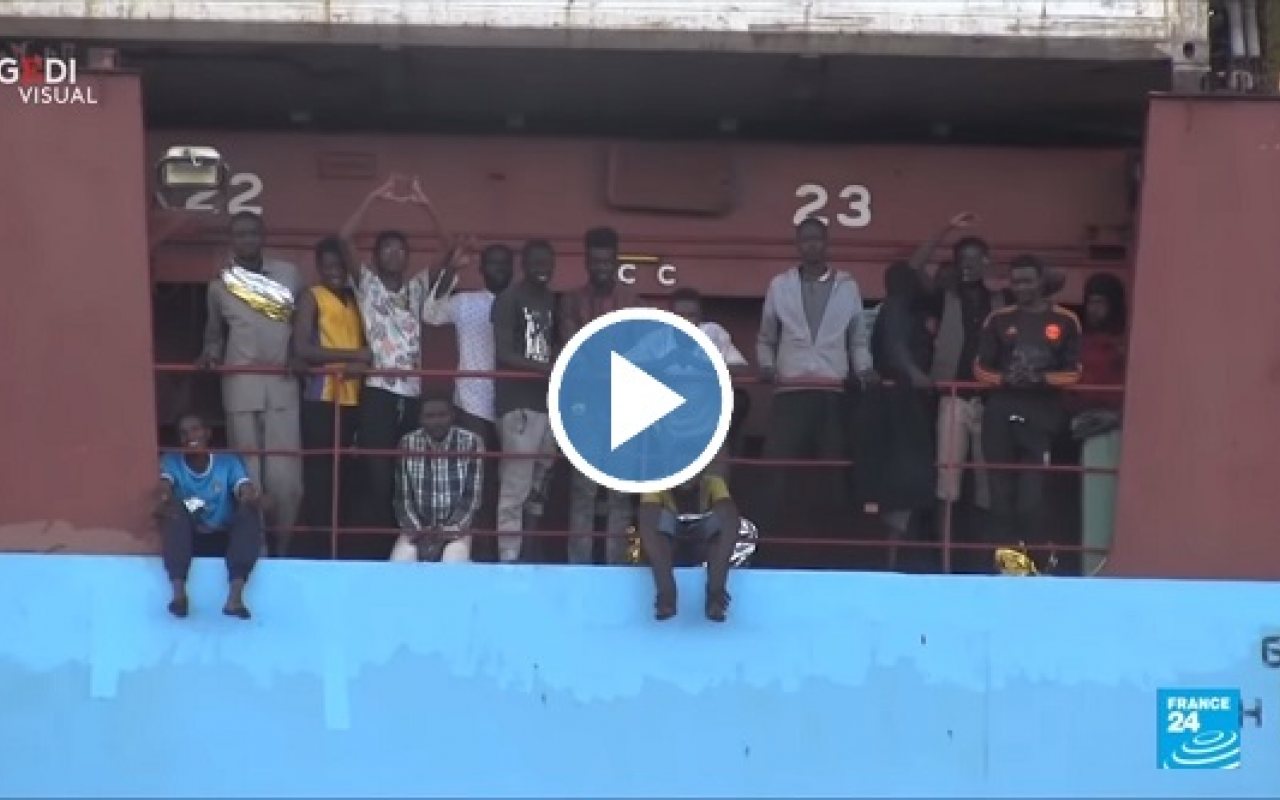 Maersk Line has confirmed that the Maersk Alexander, the vessel that altered its course to rescue 113 migrants on June 22, has landed safety on Sicily and disembarked all those needing refuge.

The vessel had to wait more than three days before receiving permission to put them ashore as the new Italian government has taken a tough stance on the situation by closing the country’s ports to ships operated by charities in the Mediterranean.

Having previously refused access to vessels operated by humanitarian non-governmental organizations, the Italian Rescue Co-ordination Centre has begun asking commercial ships to pick up people in distress but with no guarantee that the Italian Government will allow them to disembark in Italy.

Matteo Salvini, Italy’s Interior Minister, has openly said that the European Union must take its share of the refugees, a majority of which are trying to escape African conflicts by travelling to Europe from the Libyan coast.

After supervising the arrival of the refugees on the Maersk Line ship, Roberto Ammatuna, the Mayor of the Sicilian town of Pozzallo, said that the number of migrants had decreased from 11,000 in 2017 to 3,000 in the first half of this year.

In a statement, Maersk Line said: “The crew on Alexander Maersk has done a heroic job in the past days, and we are very proud of the way they handled this difficult situation.

“It has been a stressful time for the crew and we will focus on providing them time to rest and recover as well as offer any needed crisis counselling.”

On June 25, a diplomatic row between Italy and France led to Salvini challenging France to open its ports to the rescue boat LifeLine, which is anchored off Malta with 234 migrants onbaord.

France has argued that, according to maritime law, countries with the closest coastline have a responsibility to respond in cases of distress.

Maersk Line added in its statement that it would always “stand up” if people were in need at sea.

“It’s deeply ingrained in our DNA and always will be,” it said.

The global trade association for ship operators – the International Chamber of Shipping (ICS) released a statement saying that it is “increasingly concerned” about the new policy of the Italian Government to close its ports to migrants rescued by ships at sea.

It is calling on all EU heads of government, at a summit tomorrow on June 28, to address the concerns raised by the Italian Government about the large number of rescued persons arriving in Italy.

Peter Hinchliffe, ICS Secretary General, said: “If correct, this refusal by Italy to allow prompt and predicable disembarkation from merchant ships, which are complying with their obligations under maritime law, could have serious humanitarian consequences for the safety and welfare of hundreds if not thousands of distressed people.

“If the policy is extended this would also have significant implications for the movement of trade throughout the Mediterranean.

“But the industry’s immediate concern is humanitarian and for the welfare and dignity of those people that have been rescued and their need to receive proper medical assistance ashore.

“At their summit later this week, it is of the utmost importance that EU leaders get to grips with this serious new problem of EU States refusing to disembark rescued persons that have been correctly rescued by merchant ships as required by international law.”