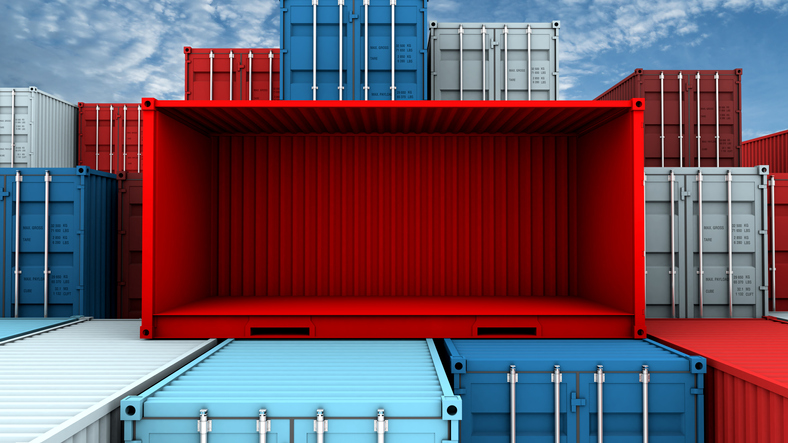 Rotterdam-based company K-tainer has launched One-Way Containers to cut costs and carbon emissions in the transportation of empty containers at sea and land, according to the Port of Rotterdam Authority.

In a statement, the Port Authority said the company, which sells and leases containers, will allow carriers, including container shipping lines, exporters and road haulage firms, to use the container free of charge for 30 days after initial transportation.

Approximately 20% of the world’s 20 million containers are returned empty by sea, which the Port Authority says causes “unnecessary costs and carbon emissions”.

A diverse range of clients have taken advantage of K-tainer’s new option, according to the Port Authority, with the main attraction being that the carbon savings refund will make their logistics chain more sustainable.

K-Tainer director Walter Ferreira said, “Imagine a shipping company sends ten containers per week to Ireland, but only has enough freight to fill six containers on the return voyage.

“In this situation, the shipping company can benefit from henceforth using four of our one-way containers on its Ireland route, and leaving them there.

“We have a new fleet of containers built in China, but of course, we don’t ship those empty either: we get a party to fill them with cargo.

“At least, that will again be our approach once the container market has recovered from its current situation.

“The increase in cargo combined with capacity shortages at the shipping companies led to a new balance between supply and demand. Market forces drove the prices of freight shipping and containers to record highs.

“Right now, we still see a major shortage in containers and many ports are faced with huge delays. Ships still have to wait very long before they can be unloaded – particularly in the US and Europe. This results in yet further delays and a growing shortage of container units.”