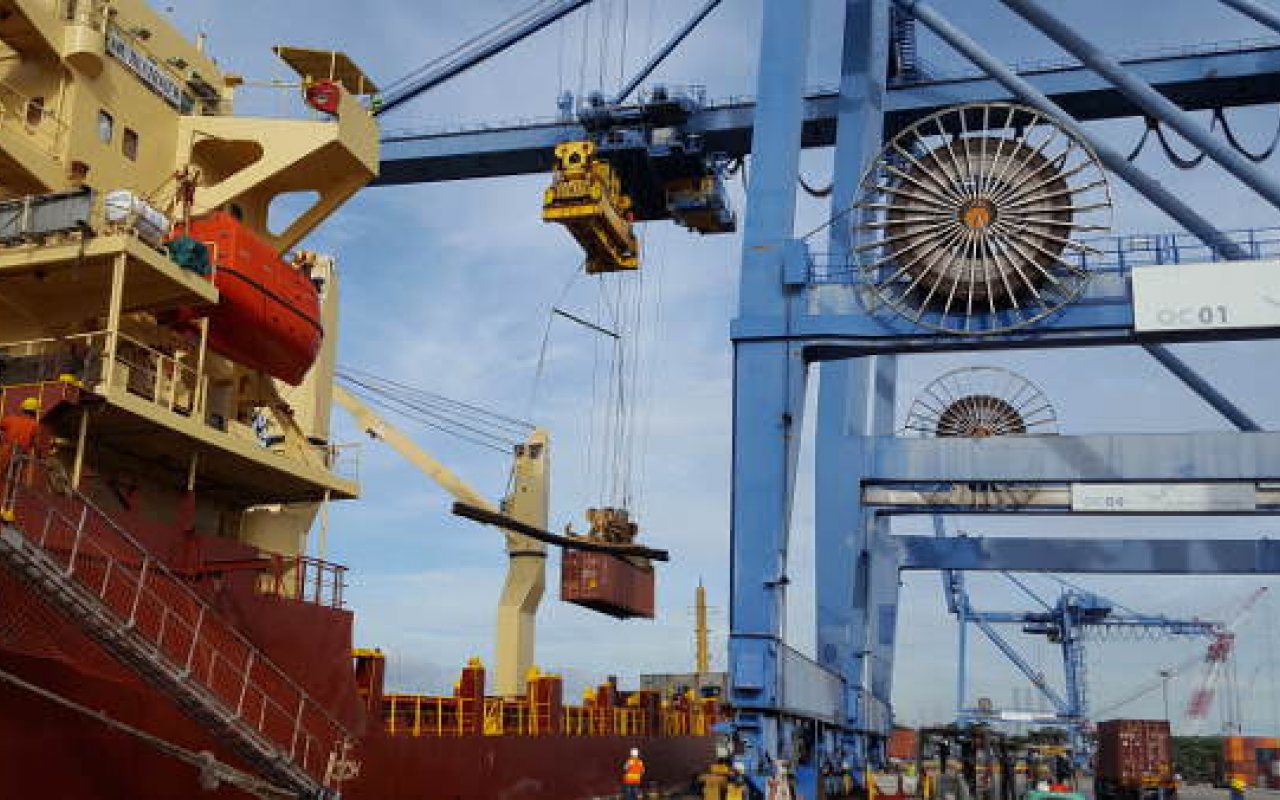 Jurong Port has announced the official launch and commencement of operations of its Combi Terminal, tailored to the requirements of multipurpose vessels. The launch was officiated by Dr Koh Poh Koon, Minister of State for Ministry of Trade and Industry and National Development.

The new Combi Terminal in Jurong Port is a one-stop terminal for vessels carrying a combination of containers and general cargo.

Such multipurpose vessels no longer need to call at separate terminals or berths to load or unload different cargo types.

Instead, they can berth at the Combi Terminal to concurrently move containers and general cargo using quay cranes efficiently, safely and seamlessly.

“With our Combi Terminal, our customers that carry diverse cargo types on their vessels enjoy the flexibility of shortened ship turnaround time.”

Occupying a total area of 6.6ha, the terminal has three dedicated deep-water berths of 575 metres in length with a 15.7-metre draft.

The terminal is equipped with quay cranes that have been adapted to handle general cargo as well as containers.

Pilbara Express Lines is initiating a new trade route and commencing a direct liner service between Jurong Port and the Port of Dampier in North Western Australia.

Law Chung Ming, Director of Transport and Logistics for International Enterprise Singapore at Pilbara Express Lines, said: “The Combi Terminal adds to Singapore’s position as a premier transshipment hub. With this, the new route to the Port of Dampier will expand Singapore’s hinterland for transshipment to the Pilbara region in Australia, enhancing business connectivity, opening up more trade and investment opportunities for companies.”

The terminal is expected to increase Jurong Port’s throughput from multipurpose vessels and improve the port’s asset utilisation. Jurong Port continues to proactively engage customers whom it can serve through its multipurpose port expertise.