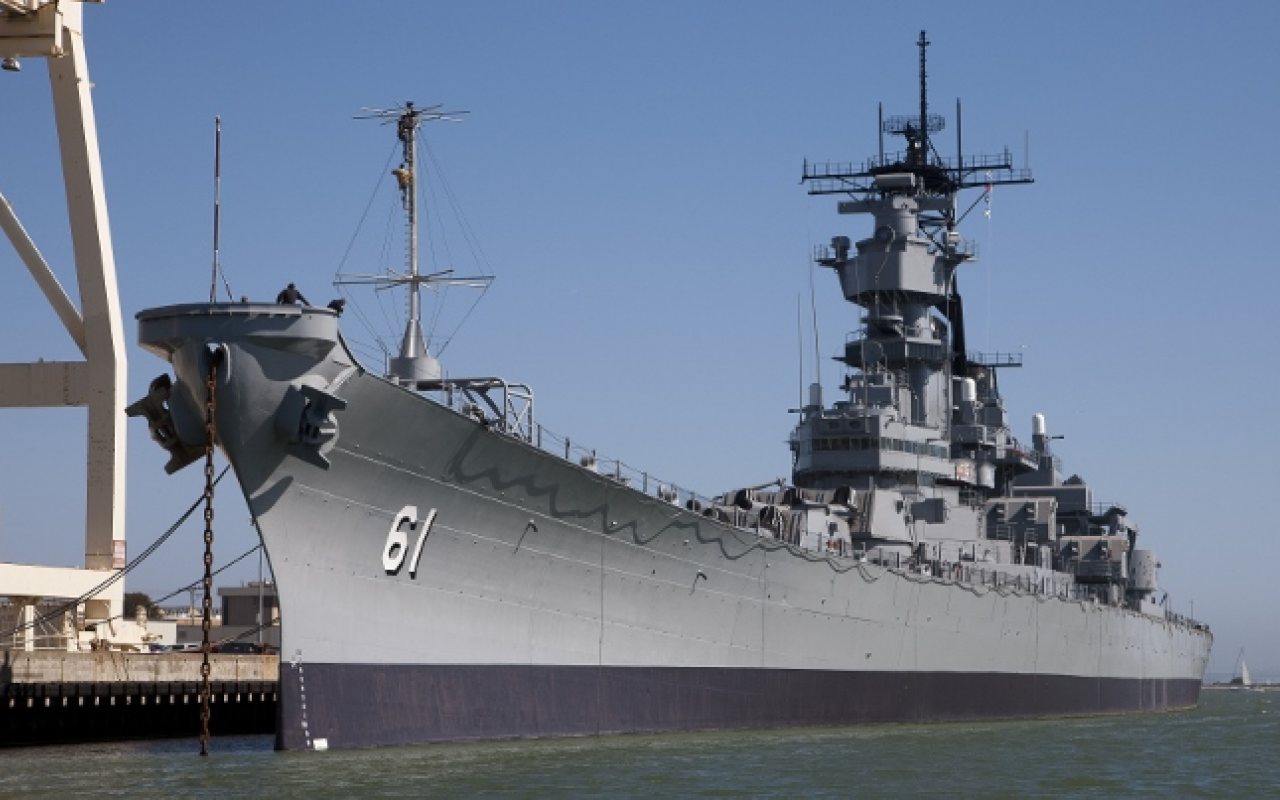 The IOWA, an iconic battleship that first saw service in World War II, has had a custom shore-side power connection supplied through the Los Angeles power grid as part of an Alternative Maritime Power (AMP) initiative by Cavotec to reduce emissions from ships berthing at Port of Los Angeles (POLA) and its sister port, Long Beach.

The vessel, one of the most popular tourist attractions on the LA Waterfront at the Port of Los Angeles, has now reduced its noise and air pollution enough to allow the attraction to extend its hours of activity.

This wasn’t possible when it was using diesel generators.

Luciano Corbetta, Cavotec Group Market Unit Director, Ports & Maritime, said co-operation between Cavotec and POLA on AMP initiatives was “critical” in supporting the development of innovative AMP technologies in the US and further afield.

She added: “Cavotec is proud to be part of this journey with POLA, and we look forward to continuing our work on developing AMP for POLA’s needs in the years ahead.”

The educational exhibit explains how shore power connection works, its benefits, and how AMP has evolved at POLA over the past decade and a half.

Cavotec and POLA have worked closely on AMP technologies since 2001.

In 2004, at Pier 100, POLA introduced an AMP barge, which enabled China Shipping Container Line to become the first company to connect one of its container ships to AMP at the quayside.

While the US Navy had used shore power connection for many years, POLA was the first port in the world to introduce AMP for in-service container vessels.

The innovation has helped establish AMP as a global environmental practice as well as legal requirement in California for container ships that frequently call at the state’s largest ports.

Cavotec Group has gone on to develop shore power connection systems for container vessels, as well as ferries, cruise ships and bulk carriers, and at ports, primarily in Europe and the Far East.