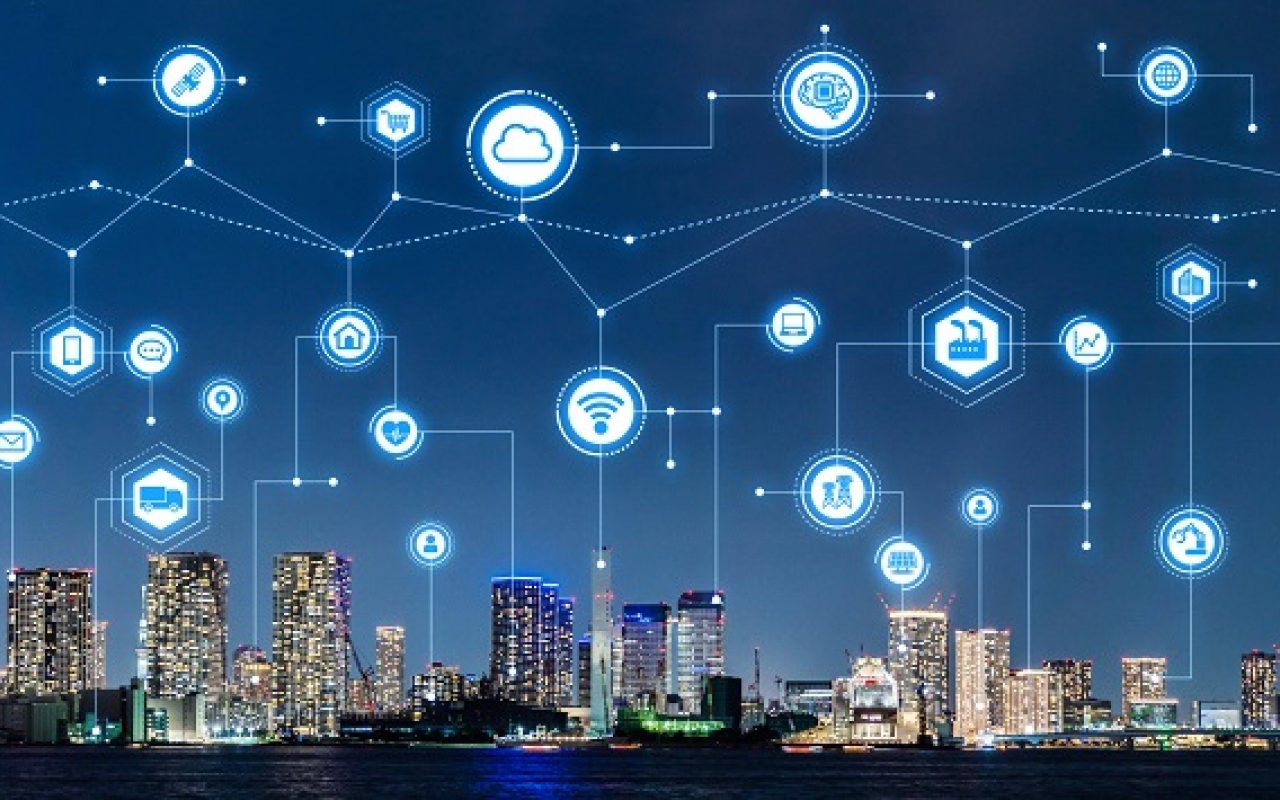 While the transportation sector’s increasingly rapid development has witnessed several ports transform into smart and connected environments, the shift towards connectivity is also taking effect beyond the gate.

As Benjamin Vernooij and Mary Etienne, Dell EMC, argues, “ports need to look outside” and consider their role in a much larger ecosystem of trade, especially as local and global logistics chains embrace the growing trend of digitization.

A key component of this movement is the rise of the smart city and urbanization as a whole; with 60% of the world’s population expected to live in cities by 2050, according to TechRepublic, these environments are leveraging new technologies to become more intelligent and capable of supporting their citizens.

With ports and terminals serving as key economic centers in a large number of major cities worldwide, many of which are already striving to become smarter, the owners and operators of these vital trade hubs need to understand where they fit.

The Rise of the Smart City

In much the same way as technologies like smart sensors and the Internet of Things (IoT) connect components within a port environment – transferring data from machine to machine to increase visibility and enable more powerful analytics – layers of a city can also be linked by data.

The European Commission has stated that smart cities mean “smarter urban transport networks, upgraded water supply and waste disposal facilities and more efficient ways to light and heat buildings”: just a few of the benefits that can be accessed by increasing connectivity.

With the support of IBM, which in 2018 delivered the first blockchain platform as-a-service to be officially endorsed by the UAE, Dubai is one of many locations taking steps to lead this revolution.

“Smart Dubai has been moving rapidly towards our main objective of transforming the emirate into a fully-fledged smart city,” claims HE Dr. Aisha Bint Butti Bin Bishr, Director General of the government office which is adopting innovation to make everyday processes and transactions more transparent.

A quick glimpse of H.E Dr. @Aisha_BinBishr s speech where she exported our #HappinessAgenda explaining the #HappinessChampion initiative & their designing cities training that allows them to master the art of user-centred and easily accessible civic services. (1/2) #SmartDubai pic.twitter.com/5XldeqwMil

Before you consider how a port or terminal can become a vital node in the larger system of a smart city, it is important to recognize which solutions are being developed to a support an urban environment that is fast-moving, incredibly busy, but also connected.

Nokia, which recently presented at the Container Terminal Automation Conference on the subject of 5G networks, is one of the leaders in telecommunications already testing these solutions.

The company has piloted a “smart pole concept” that targets the problem of network capacity, a key obstacle which must be overcome to adequately cover the number of users, services and data interacting within a smart city.

By finding a way to increase data transfer capacity, Nokia has made viable the digital services which will become the bedrock of how this modern environment operates.

Many ports and terminals, as covered in a recent insight from PTI, are choosing to invest in advanced networks as well, conducting their own trials to determine what new applications and services will become possible with the extra speed and bandwidth offered by 5G.

Although these crucial trade hubs are seeking to become more connected in and of themselves, they will ultimately have a key role to play in the smart city as one of the main enablers of commerce and logistics – locally, regionally, and nationally.

For ports, communicating with the local businesses that support their operations is a fundamental aspect of planning processes and the management of container throughput. The key then, to cultivating a much stronger and open relationship between these organizations, is data.

The ecosystem of a smart city is built on the principle of collaboration and, including those businesses which function alongside a port, generates information that is accessible where it is most needed.

As this intelligent network develops, it could be that space in a nearby warehouse – which provides extra storage capacity for containers waiting to enter a port – would be visible to the operator in real-time, facilitating a much more comprehensive oversight of capacity requirements.

Another key area in which both a port and a smart city will be able to interact each other is connected vehicles; if the former is to plan their operations more efficiently in the future, it is vital that a truck’s location and expected time of arrival is visible.

In the smart city, this level of transparency can be achieved through sensor technology and IoT, which tracks the progress of the vehicle and even the goods it is carrying to make supply chains smoother and more adaptable, especially in the case of exceptions or delays.

The development of vehicle-to-vehicle (V2V) communications, enabling autonomous driving even in congested environments, could also represent a massive boost to tomorrow’s supply chain, reducing traffic, eliminating potential incidents and allowing cargo to move in and out of a port quickly.

More significantly, this is where the smart digital port of the future can start to look beyond the gate and think more carefully about its role in a much larger chain of cooperating parties, all of whom can come together and share data to make their processes more efficient.

As asserted by Yossi Sheffi, professor and supply chain expert at MIT, the “challenge is to develop what the customers are clamoring for – end-to-end, reliable and consistent shipping at a reasonably low cost”. Smarter ports and cities will only help to achieve this goal.