‘Historically high’: US congestion getting no better, analysts say 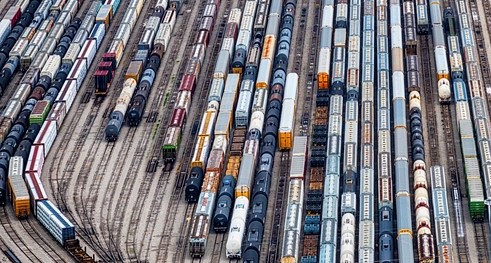 Congestion in the US and Europe is showing no sign of abatement as intermodal bottlenecks in both continents continue to increase.

Congestion in terminals and inland supply routes has attracted the attention of US Federal Government: earlier in December the US Department of Transportation’s Maritime Administration awarded $12.6 million in grants to nine highway projects across the nation.

Latest analysis from Sea-Intelligence delved into congestion in container terminals and intermodal logjams related to those terminals – benchmarking data with congestion updates from HMM on 16 November and 16 December.

Sea-Intelligence’s methodology into the above image for North American terminals (Figure 1) is as follows: HMM’s data is split into terminals and intermodal, and for each, a traffic light is provided: green is “good”, yellow is “slight problem”, and red is “serious problem”, wrote CEO Alan Murphy.

“Using this, we then calculate a total score for terminals and intermodal; the higher the score, the more problems are seen,” Murphy wrote.

The chart shows a development where congestion peaks in mid-September 2021, and then there is a brief temporary improvement in early October 2021, Murphy wrote. However, this improvement is quickly reversed, bringing congestion to a record-high sustained plateau.

“Looking at the rest of the regions, the data is quite clear. Despite the extensive focus on congestion issues, and the aim for resolution of same, the reality experienced by HMM, is that terminal congestion issues are worsening in Europe and are sustained at a historically high level in North America, with no indication of an improvement,” Murphy posited.

“In terms of intermodal congestion, this continues to get worse in North America, and in Europe there are also recent signs of a slightly worsening of the situation. As we are heading into the pre-Chinese New Year rush over the next 6 weeks, it is very likely that this condition will get worse before it gets better.”

Earlier this month Sea-Intelligence wrote that blank sailings between Asia – North America West Coast is on the up due to ongoing congestion in ports and terminals.