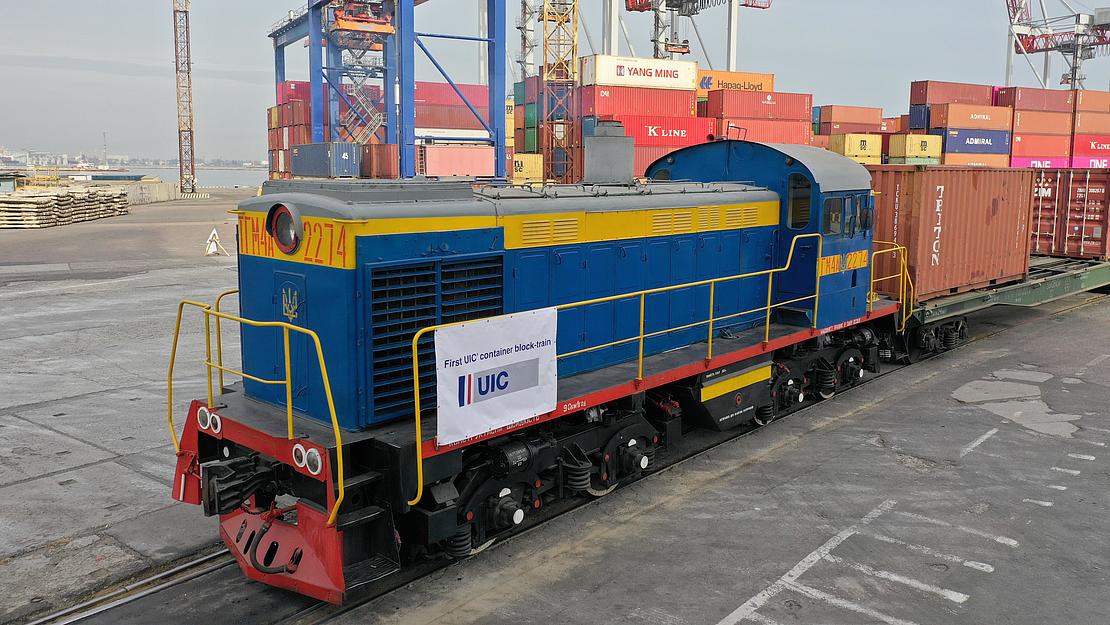 UIC will offer container transport by rail between the Port of Odessa and important economic centres in the country.

In a statement HHLA notes that Ukrainian ports have developed very dynamically in recent years. In 2020, the throughput volume at the Black Sea port of Odessa increased by 8.5% to almost 650,000 TEU.

However, at 22%, rail only accounts for a small share of the container traffic between the port and the Ukrainian hinterland. By comparison, over 46% of sea containers in Hamburg reach or leave the port in the environmentally friendly manner by rail.

Up until now, container transport by rail in Ukraine was almost exclusively carried out using individual cars or groups of wagons.

The newly established UIC bundles the individual loading to container block trains, thereby increasing the efficiency and reliability of transports.

Since early October 2020, UIC has offered weekly block train connections between Odessa and Ternopil in the Lviv economic region in Western Ukraine.

In November, a weekly service to the industrial centre of Kharkiv, the second largest city in the Ukraine, will start operations. It is also planned to establish a weekly container train connection between Odessa and Zaporizhia in the east of the Ukraine.

In the Port of Odessa, HHLA operates the largest container handling facility in Ukraine: the Container Terminal Odessa (CTO).

The CTO has its own rail terminal, which is currently being expanded and where the container block trains are formed.

All inland activities are carried out in cooperation with private rail terminals. Additional services such as stuffing and stripping of containers, hub-to-door delivery to the final destination by truck or customs clearance are also available.

UIC operates to high, western-oriented quality standards and is a neutral operator, ie. granting all ship-ping companies and forwarders open access to its intermodal services. The future plan is to expand the offer of regular rail connections to other Ukrainian production and consumer centres and increase the frequency of services.