Has China recovered from the COVID-19 pandemic? 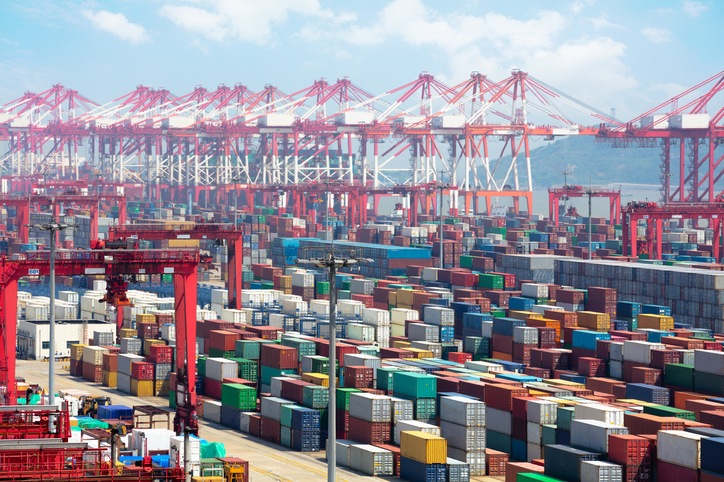 Data released from the Chinese Ministry of Transport shows that TEU traffic at the eight biggest ports in China decreased by 5.4% year-on-year (YoY) between January and June 2020 due to the COVID-19 pandemic.

In its monthly Ningbo Containerized Freight Index (NCFI), the Ningbo Shipping Exchange said the “overall downward trend has gradually stopped” after a tumultuous beginning to 2020 for China’s maritime industry.

What are the top ports in China?

Individual ports fared worse than the 5.4% average in some instances with the Port of Dalian suffering a 31.6% drop in the same period.

Dalian has been the worst affected of China’s eight major ports, with the decline in the first half of 2020 compounded by a YoY decline of 34.7% for June.

General cargo traffic has also fallen at most of China’s ports but not as severely as TEU. Xiamen has been the worst performer with a tonnage drop of 11.7%. However, Tianjin, Shenzhen and Ningbo have all seen upticks in their cargo traffic, suggesting the country’s need for and ability to export non-containerised goods is still relatively strong.

The pandemic, which began in China in November 2019, has become the biggest crisis the world economy has faced in peacetime, with estimates suggesting the damage could reach to $2 trillion.

For China itself, it represents the worst economic disaster since the 2009 financial crisis, and in February 2020 the crisis threatened to cut the country off from the rest of the world entirely.

China’s status as the most important nation in the maritime world – it has seven of the world’s busiest ports – meant that the global supply chain was under threat if it resulted in port closures. However, , only one major port was closed, the inland hub of Wuhan, where it is believed the coronavirus originated.

The crisis has raised questions over some of the country’s major infrastructure development plans, including the Belt and Road Initiative, a $1 trillion plan from China to transform the global economy with port and transportation development, with suggestions that critical contributors might be unwilling to fund projects while the pandemic continues.