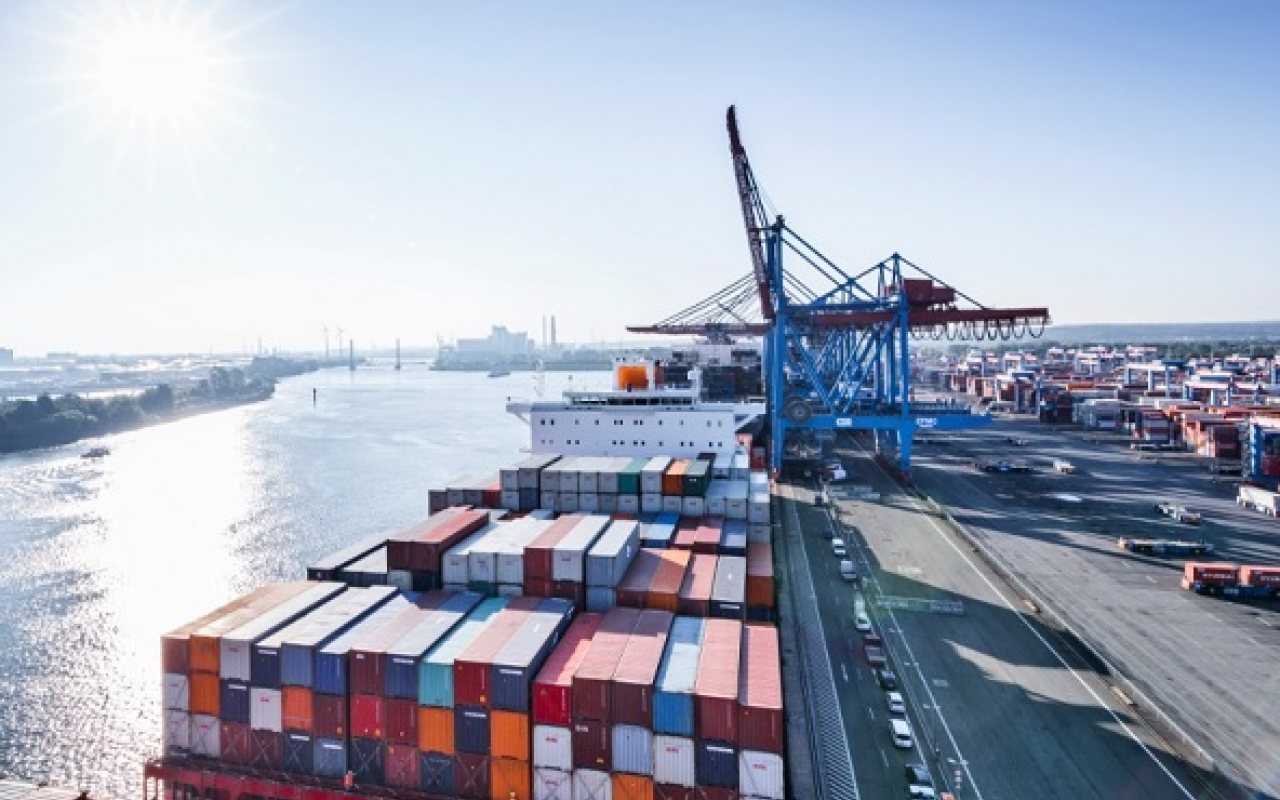 Port of Hamburg terminal operator HHLA has reported that its container handling from January to March 2018 has increased in line with the market, climbing 2.6 % to 1.8 million standard containers (TEU).

This development was driven by Asian traffic, which increased considerably by 8.9%.

A lower share of feeder traffic and higher storage fees meant that HHLA’s revenue increased moderately by 4.9% to US$ 226.8 million (€191.7 million).

A dip did occur in HHLA’s container transport, which declined by 5.3% due to the realignment of Polzug’s intermodal transportation activities, but has not affected HHLA’s expectations for its Port Logistics subgroup EBIT, which has increased by 3.3%.

This has prompted the group to predict a year-on-year rise for its subgroup in 2018, with earnings driven largely by the container and intermodal segments.

The terminal operator has set the goal of achieving a similar container throughput in 2018 to that of the previous year.

Learn about how Cisco and HPA worked together to make the Port of Hamburg better connected by reading a Port Technology technical paper by Maciej Kranz, Vice President, Strategic Innovations, Cisco Systems

It has also forecasted that container transport volume will remain on the previous year’s level, as Polish intermodal traffic is integrating into Metrans — HHLA’s rail subsidiary, which has become the market leader for seaport-hinterland container traffic with Central, Eastern and South-Eastern Europe.

HHLA has started acquiring the remaining shares of Metrans and is integrating Polzug into the Metrans Group.

Its investment programme of more than $1.18 billion (€1 billion) over the next five years will also strengthen its Hamburg location and expand the intermodal network.

Angela Titzrath, Chairwoman of HHLA’s Executive Board, said: “Following a good start in the first quarter, we are confident that we will achieve our targets for the year.

“Furthermore, we have set up a structured process that will allow us to continually select and evaluate potential value-adding acquisition targets.

“One of the first results of this process is the acquisition of the largest terminal operator in Estonia, Transiidikeskuse AS in the port of Muuga.

“With the acquisition of this high-performance company, which is due to be completed by the end of the second quarter, HHLA will become the market leader for container handling in one of the fastest growing economies in Europe.”